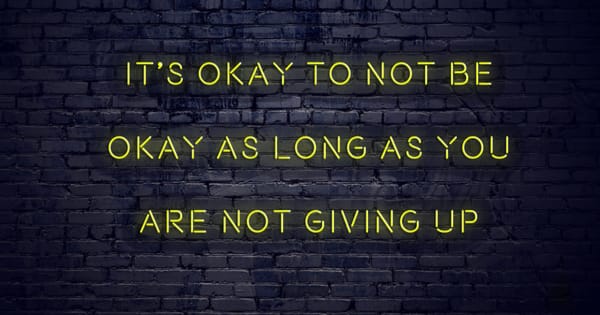 There are a lot of disability advocates out there promoting how disability and neurodiversity can be an excellent addition to the world, enrich our lives and be a boon to society.

This is, in my opinion, an excellent conversation to be having.

I don’t see my autism as an illness, it’s a condition I happen to have and it makes me who I am – the good bits and the bad.

But the same doesn’t go for my Tourette’s. I see my Tourette’s as an illness. It’s a chronic and incurable pain in the arse.

I hate it. It’s done me no good. It’s made it hard to find work and keep work when I’ve got work. It’s made life awkward, embarrassing and oftentimes physically painful. It cost me one relationship when an ex decided to tell me she thought I was “putting on” my tics because I’d read about Tourette’s somewhere.

Opinions differ across the community. Some people with Tourette’s wouldn’t want to do away with it at all, saying it makes them who they are. Other people go through extensive treatments and therapies to try to rid themselves of their most problematic tics.

Being neurodiverse in a neurotypical world is difficult. All opinions and feelings are valid.

Originally Published on How to Have Tourette’s

Alice Franklin is 25-year-old Londoner who happens to have Tourette's, autism and OCD. Previously her work has appeared in the Financial Times, two Spanish short story anthologies and the online magazine Liars' League.

Facebook25Tweet3PinEmailShares28
wpDiscuz
Share this ArticleLike this article? Email it to a friend!
Email sent!