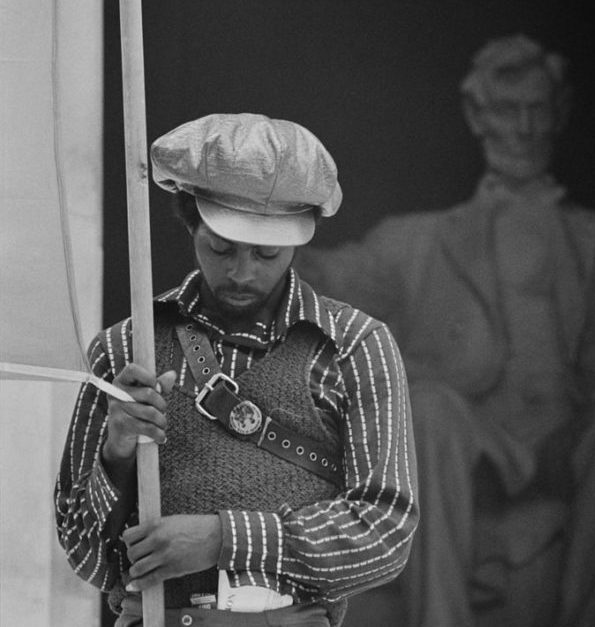 If you watched/listened to the news, hearing about Juneteenth was inescapable. Every story highlighted the celebration of the end of slavery in Texas. The, “in Texas” part is crucial because slavery still existed in other parts of the United States and did so until the ratification of the 13th Amendment on December 6, 1865, and beyond. Slavery still existed in Delaware and Kentucky who resisted all Union attempts to end slavery and refused to ratify the 13th Amendment. In California, slavery was sorta outlawed in 1850 as a condition for statehood. The exception was slaves who had been brought to California and where the possibility they might return one day to their original home existed, even if that state had voted to ratify the 13th Amendment. Even after the 13th Amendment was ratified, some California owners didn’t tell their slaves they were free.

Several other states allowed the open practice of slavery. New Jersey had as many as 400 people remain slaves long after Juneteenth. Oregon’s provisional government banned slavery in 1844 but followed up by forbidding free black people from settling in the territory. Settlers continued to bring slaves with them. General Joseph Lane, a former territorial governor, kept at least one slave on his farm until 1878, 13 years after the passage of the 13th Amendment.

Back to the misleading news coverage, all celebration, all the time. Don’t get me wrong, for the Texas slaves that found out they were free on June 19, 1865. It was a momentous occasion. There is much to celebrate and much that was heinous about the way June 19th came about. NPR was all about celebration, they highlighted the fact that Juneteenth came almost three years after the Emancipation Proclamation was signed on September 22, 1862.

The freeing of Texas slaves had little to do with the Emancipation Proclamation. Keep in mind Texas had seceded from the Union the year before in 1861 and wasn’t bound to obey an executive order by Lincoln. The real power was in the Emancipation Proclamation was in offering freedom to any slaves who managed to make their way North and the invalidation of runaway slave laws. It would be one long walk from Texas to Iowa or Illinois, the nearest free states, plus nobody told them about it.

The Emancipation Proclamation did not apply to slave states that weren’t in rebellion; Kentucky, Delaware, Missouri, and Maryland. It also didn’t apply to territories. It didn’t apply to Tennessee, lower Louisiana, and the counties of Virginia that were to become West Virginia. The Emancipation Proclamation was never about freeing all slaves. It was about disrupting the South’s economy and keeping France and Britain, the South’s best trading partners, from siding with them in the war. Lincoln stated many times he had no desire to end slavery.

I do not now, or ever did, stand pledged against the admission of any more slave States into the Union.

I do not stand to-day pledged to the abolition of slavery in the District of Columbia.

I do not stand pledged to the prohibition of the slave-trade between the different States.

I have never hesitated to say, and I do not now hesitate to say, that I think, under the Constitution of the United States, the people of the Southern States are entitled to a Congressional Fugitive Slave law.

I will say then that I am not, nor ever have been, in favor of bringing about in any way the social and political equality of the white and black races, that I am not nor ever have been in favor of making voters or jurors of negroes, nor of qualifying them to hold office, nor to intermarry with white people; and I will say in addition to this that there is a physical difference between the white and black races which I believe will forever forbid the two races living together on terms of social and political equality. And inasmuch as they cannot so live, while they do remain together there must be the position of superior and inferior, and I as much as any other man am in favor of having the superior position assigned to the white race. I say upon this occasion I do not perceive that because the white man is to have the superior position the negro should be denied every thing. I do not understand that because I do not want a negro woman for a slave I must necessarily want her for a wife. [Cheers and laughter.] My understanding is that I can just let her alone. I am now in my fiftieth year, and I certainly never have had a black woman for either a slave or a wife. So it seems to me quite possible for us to get along without making either slaves or wives of negroes. I will add to this that I have never seen, to my knowledge, a man, woman or child who was in favor of producing a perfect equality, social and political, between negroes and white men.

I never have complained especially of the Dred Scott decision because it held that a negro could not be a citizen, and the Judge is always wrong when he says I ever did so complain of it. I have the speech here, and I will thank him or any of his friends to show where I said that a negro should be a citizen, and complained especially of the Dred Scott decision because it declared he could not be one. I have done no such thing, and Judge Douglas so persistently insisting that I have done so, has strongly impressed me with the belief of a predetermination on his part to misrepresent me. He could not get his foundation for insisting that I was in favor of this negro equality any where else as well he could by assuming that untrue proposition. Let me tell this audience what is true in regard to that matter; and the means by which they may correct me if I do not tell them truly is by a recurrence to the speech itself. I spoke of the Dred Scott decision in my Springfield speech, and I was then endeavoring to prove that the Dred Scott decision was a portion of a system or scheme to make slavery national in this country. I pointed out what things had been decided by the court. I mentioned as a fact that they had decided that a negro could not be a citizen-that they had done so, as I supposed, to deprive the negro, under all circumstances, of the remotest possibility of ever becoming a citizen and claiming the rights of a citizen of the United States under a certain clause of the Constitution. I stated that, without making any complaint of it at all. I then went on and stated the other points decided in the case, namely: that the bringing of a negro into the State of Illinois and holding him in slavery for two years here was a matter in regard to which they would not decide whether it would make him free or not; that they decided the further point that taking him into a United States Territory where slavery was prohibited by act of Congress, did not make him free, because that act of Congress, as they held, was unconstitutional.

The Emancipation Proclamation wasn’t about ending slavery, it was a means to an end in an attempt to win a war. Even before the slaves were freed, Lincoln was working on a plan to send them to Liberia, South America, or the Caribbean. He thought that bitterness among whites towards the former slaves and vengeance wanted by the freedmen would lead to violence. Frederick Douglas thought it was, “a silly idea.” He said, “the President of the United States has become an itinerant colonization preacher, who has made himself look ridiculous by pitching this idea that we should leave the nation of our birth.”

But back to Juneteenth.

I said earlier that much of what happened in Texas was heinous. A few of the news reports hinted at the delay in time between April 9, 1865, 1865 when Lee surrendered to Grant on June 19, 1865. They made it seem in the age of the telegraph, that Texas was so far away they didn’t get the word. The truth may never be known for sure but there are three popular theories as to why the delay before Major General Gordon Granger arrived in Texas and issued General Order #3.

The people of Texas are informed that in accordance with a Proclamation from the Executive of the United States, all slaves are free. This involves an absolute equality of rights and rights of property between former masters and slaves, and the connection heretofore existing between them becomes that between employer and hired laborer.

Even as General Granger was speaking, a white man on a high stepping horse slit the stomach of a celebrating Black woman. She was placed in a wagon and never heard from again. Juneteenth wasn’t all about celebration. Over the next three years, over 400 freed slaves were killed in Texas.

The history of Juneteenth is one that needs to be told. The media fell down on the job by not telling the whole story, including the complicity of the North in allowing continued slavery in Texas, Delaware, California, Oregon, Kentucky, Missouri, and elsewhere. It’s an inconvenient truth, but still the truth. Tell it!

FacebookTweet6PinEmailShares6
wpDiscuz
0
0
Would love your thoughts, please comment.x
()
x
| Reply
Share this ArticleLike this article? Email it to a friend!
Email sent!