Get Daily Email
Join/Login CLOSE
Home / Featured Content / Been Through A Messy Break-up? Then You May Suffer From Pistanthrophobia

Pistanthrophobia is something that you bring on every date you go on after a bad break-up. It prevents you from being able to love fully. Danny Baker explains some simple ways you can get past it.

Pistanthrophobia is the fear of trusting people due to bad experiences with prior lovers. It’s such a natural response to being hurt, but if you want to be in a happy, healthy relationship again, then you need to overcome it. The four suggestions below helped me. I hope they can also help you get past things which are holding you back from a brighter future.

Don’t assume that the future will be the same as the past.

My first proper relationship ended when I found out that my girlfriend was cheating on me with one of my best mates; then afterwards—perhaps to get back at me for breaking up with her—it got back to me that she’d been spreading the (extremely false) rumor that I’d raped her. I was shattered. Combined with some other things that were taking place in my life, the experience plunged me into a crippling and near fatal depression, and my ability to trust another girl was destroyed.

Over the next few years, I brought my pistanthrophobia on every date I went on, and suffice it to say, there weren’t a lot of second dates. My inability to trust another girl was ruining any chance I had of being in a functional relationship, and I wondered if I’d ever be able to overcome it and make things work with a woman.

Eventually however, I started seeing a therapist for my depression. Everything that happened with my ex inevitably came up, and my psychologist gave me a piece of advice that helped me immensely:

“Don’t cast dispersions on the entire female population because of one bad experience with one bad girl.”

I think casting such dispersions is the root cause of the vast majority of people’s pistanthrophobia; because we’ve been hurt by one person—or in some people’s cases, a number of people—we become conditioned to believing that the next person will hurt us too. But projecting this assumption onto the next person isn’t being fair. Unless that person has done something to make us wary of trusting them, then they deserve to be given an open-minded chance. It’s important that we start each relationship with a clean slate, and not let it be poisoned by our past.

Learn from your past: what were the warning signs that your ex was untrustworthy?

In my case, my ex would constantly break promises, lie, say one thing then do something else, and continuously do things that she knew would bother me. With the benefit of hindsight, it’s not surprising that she ended up seriously hurting me. People who have certain self-centered, manipulative and malicious traits are not worthy of your trust. It’s not the type of person, it’s the type of behaviors they exhibit. If you can learn from your past relationships to identify said traits and the types of people who aren’t to be trusted, then you’ll be better at picking a lover the next time around—and knowing that you’re wiser and more likely to pick a better lover will make you less scared of getting hurt.

Learn from your past: what were the things that you could have done differently?

The way my ex used to look at my mate, the amount they used to talk to each other on the phone, the amount of time they’d always spend together … I was always suspicious that something was going on. But whenever I’d bring it up with her, she’d always stress that they were just friends, and feeling guilty for raising it. I’d always let the matter drop—even though my gut was telling me that something wasn’t right. In the end of course, I ended up being correct.

The key lesson I learned from this was to trust my instincts. Where there’s smoke there’s usually fire, so if something seems off to you, then it probably is. Part of the lesson is that my girlfriend should have addressed my fears and not dismissed them. As a result of learning this lesson, I now have confidence in myself that should a similar situation present itself, I wouldn’t make the same mistake. And once you trust yourself to be able to make better decisions, it becomes much easier to trust somebody else.

Give yourself time to heal.

The best revenge is living well.

As the saying goes, once you’re bitten, you’re twice shy. The natural intention is to put up barriers around you and try to protect yourself by refusing to open up and trust anyone again—but if you do that, you could miss out on the joy of spending your life with someone great. Don’t let that happen. An ex’s untrustworthiness does not have to have a permanent impact on your ability to trust another person, and it doesn’t have to destroy your future relationships. Your ex has already hurt you enough—don’t let them hurt you anymore.

If you enjoyed reading my post, I encourage you to visit my website and download a FREE copy of The Danny Baker Story – How I came to write “I will not kill myself, Olivia” and found the Depression Is Not Destiny Campaign – which is my memoir recounting my struggle and eventual triumph over depression. I wrote it so that sufferers of the illness could realise they are not alone – that there are other people out there who have gone through the same excruciating misery, and who have made it through to the other side. I also wrote it so that I could impart the lessons I learned on the long, rocky, winding road that eventually led to recovery – so that people could learn from my mistakes as well as my victories – particularly with regards to relationships; substance abuse; choosing a fulfilling career path; seeking professional help; and perhaps most importantly, having a healthy and positive attitude towards depression that enables recovery. Multiple-bestselling author Nick Bleszynski has described it as “beautifully written, powerful, heartfelt, insightful and inspiring … a testament to hope.”

Seven Reasons Why We Need to Eliminate the Mental Health Stigma

Depression is Not a Choice—But How You Handle it is

Yeah well, try having 7 girls in a row do it to you, then it’s not ‘what one girl does’ but when 7/7 girls are cheaters it leads you to believe they are all going to be… 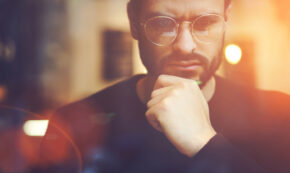 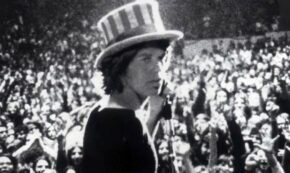 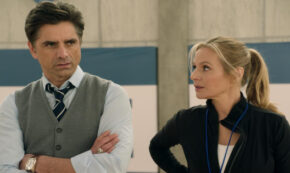 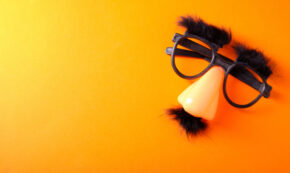 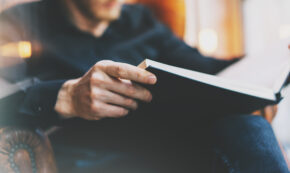 FacebookTweetPinEmailShares334
wpDiscuz
2
0
Would love your thoughts, please comment.x
()
x
| Reply
Share this ArticleLike this article? Email it to a friend!
Email sent!