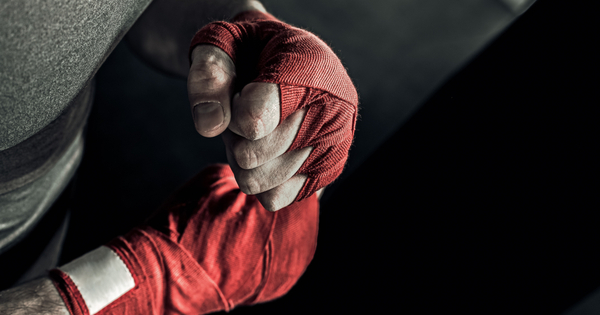 My mind is starting to look like “Fight Club”—time to bring back balance.

Sometimes it’s tricky to know what to confess and what NOT to confess in one’s blog post.

At the risk of sounding like a writer who has gone completely ’round the bend (which we could blame on the pandemic-induced self-isolation), I suspect my inner landscape is starting to resemble a scene from “Fight Club,” the 1999 film with Edward Norton and Brad Pitt.

If you haven’t seen the movie, it is outstanding. I resisted watching it for years because I had no interest in watching scene after scene of men fighting each other. But I finally gave in and watched the film during a long flight last fall.

Now I know why it is a cult classic.

Yes, it is full of violent scenes of guys fighting each other…no shortage of bloody noses and broken teeth. BUT the underlying story, about what’s really going on, is brilliant. In fact, in preparation for writing this blog I watched it again the other night.

Perhaps you’re wondering (in an alarming sort of way) how my mind is starting to resemble a movie about fighting? This cannot be a good thing.

Before I answer that, let me back up a moment to a recent blog of mine entitled, “Yoga Mat of Broken Dreams.” In that blog, I mentioned how my life coach suggested I read “The E-Myth Revisited” by Michael E. Gerber. Then, two hours later, I found that very book…in the back seat of my car. It was buried in a box of books destined for the used bookstore. I had the book but had never read it.

Well I sure as shootin’ did after that.

The full title of the book is “The E-Myth Revisited; Why Most Small Businesses Don’t Work and What to Do About It.” The “E” stands for entrepreneur. As in:

There is a myth that says that small businesses are started by entrepreneurs risking capital to make a profit. This is simply not so. The real reasons people start businesses have little to do with entrepreneurship. In fact, this belief in the Entrepreneurial Myth is the most important factor in the devastating rate of small business failure.

“The problem,” explains Gerber, “is that everybody who goes into business is actually three-people-in-one: The Entrepreneur, The Manager, and The Technician.”

The Entrepreneur is our creative personality…the dreamer, the innovator, the grand strategist, the visionary, the big-picture dude. The Entrepreneur lives in the future, has an extraordinary need for control and is happiest when left free to construct images of “what-if.”

The Manager, on the other hand, is our pragmatic self. Without The Manager, there would be no planning, no order, no predictability. The Manager is that part of us who goes to the store and “buys stacking plastic boxes, takes them back to the garage, and systematically stores all the various sized nuts, bolts, and screws in their own carefully identified drawer. He then hangs all the tools in impeccable order on the walls…”

We all know those types of people.

The author may as well have been explaining my elaborate filing system. If there were awards given out to small businesses for “most-organized files filled with tasks that will never get accomplished,” I would be a contender.

Alas, there is not.

The Manager personality lives in the past (tick) and craves order (yup).

Ah hah! So there is hope…for a creative writer, such as myself.

Which brings us to The Technician…the DOER (in my case, the writer): “The Technician loves to tinker. Things are to be taken apart and put back together again.”

This explains why it takes me fifteen years to write a single screenplay.

“As long as The Technician is working, he is happy,” says Gerber. “So he works steadily and is happiest when he is in control of the work flow.”

But the Entrepreneur is always “throwing a monkey wrench into his day with the creation of yet another great new idea.”

Yup. At my current rate of output, I’ll need another century to bring all my great ideas to light.

“On the other hand,” explains the author, “The Entrepreneur is always creating new and interesting work for The Technician to do.”

And what does our friend, The Manager, think of The Technician? “That work is a system of results, of which The Technician is but a component part.”

If you a suspect a fight is brewing between these two—The Manager and The Technician—you’d be right.

Guess who usually wins this struggle for control of one’s work-day?

The Technician. For that’s usually WHY someone started their own business in the first place: to do the work they love to do!

“The Technician is in charge,” explains Gerber. “To the business, it’s a disaster because the wrong person is at the helm.”

Perhaps you are beginning to see where I’m going with the “Fight Club” analogy?

This is how my typical workday unfolds:

I wake up early and have coffee by the fire. This is when The Entrepreneur in me is most active…dreaming, scheming, innovating, coming up with the big-picture stuff. Fun!

Then before I do my morning yoga practice, The Manager joins The Entrepreneur for coffee. The Manager’s arrival is always a bit of a downer. She’s just so bossy. The Manager tells the Technician (who has just stumbled out of bed) what tasks WILL be done that day.

Correction: The Manager confirms what tasks are to be done that day. For the task list was, of course, neatly laid out by The Manager at the end of the previous workday. For The Manager cannot sleep without a detailed PLAN in place for the next day.

And so, after The Manager has reminded The Technician (again), about WHAT tasks need to get done that day, WHEN they are to be done and how long each task should take, The Manager heads off somewhere (not sure where…maybe the garden to prune the roses to perfection) for the rest of the day…or rather, until the end of the day, when she swans back in to check and see how The Technician has fared in actually getting the writing and other work tasks done.

Let’s just say nine times out of ten, The Manager is woefully disappointed in The Technician’s performance. The Technician herself, of course, is pleased as punch…she wrote to her heart’s content! But instead of spending the allotted time of fifty-three minutes on a writing task, she spent three hours. You can just imagine what The Manager has to say about this.

Which brings me back to “Fight Club” (spoiler alert).

Ever since reading “The E-Myth Revisited,” this is rather what it has been like inside my head:

The Manager and The Technician are constantly arguing about what needs to get done in a day.

And where is The Entrepreneur in all this? I don’t know! After morning coffee, she seems to go AWOL.

So what’s the answer?

As with many things in life, I suspect the solution lies within the problem itself. For just as it is a problem that everybody who goes into business is actually three-people-in-one—The Entrepreneur, The Manager, and The Technician—so, too, is that likely the solution:

The fact of the matter is that we all have an Entrepreneur, a Technician and a Manager inside us. And if they were equally balanced, we’d be describing an incredibly competent individual.

So all I have to do—what any of us have to do, whether we are running a business or not—is simply bring these three aspects of ourselves into better balance.

Easier said than done, I know…but awareness is a giant first step.

And you know what I bet a great second step is?

Taking the time, every day, to listen to our soul/intuition/our higher self…whatever we choose to call it. Time and again, I have found that when I quiet my mind long enough to allow my inner wisdom to bubble to the surface, I will know what really needs to get done that day.

And so, in order to bring more balance to the three different—but equally important—aspects of myself, this has been my strategy over the past few days:

And then I listen to what The Entrepreneur has to say in terms of what tasks really need to get done in the remainder of that day…so I stay on track for the bigger picture.

For of the three, I suspect The Entrepreneur is closest to my soul.

Our soul knows the geography of our destiny.

Because at the end of the day, it is my soul—my intuitive self—who I want to be at the helm…of me, my life, my business & my relationships.

How about you? Whether you own a business or not, what part of you is strongest?

Of course, there is likely a higher force (God, the Universe, Divine Source) who is really at the helm…but we shall leave that topic for another day.