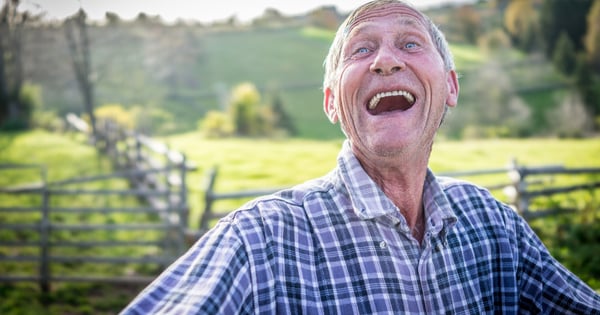 My father suffered a stroke in 2005.  I remember for some time that while conscious, he was a blank slate.  He did not respond to visitors or medical staff.  He showed no affect to things around him.  For more than a week we waited on pins and needles to discover how severe the damage was to his brain, and specifically to what areas.

After a few days, my family and I started wondering.  Actually, you might call it hoping.  You see, my dad was a terrible joke teller.  I know that most dads are terrible joke tellers, but my dad’s jokes were considered wretched even amongst the worst.  And so, we began to discuss what life without his bad jokes might be like.  And we weren’t quiet or secretive about this hope at all.  We would talk openly about it during our visits with dad.  We’d laugh as we recalled his most groan-inducing punchlines.  We’d mimic dad’s hearty belly laugh, a high-pitched bellow we all knew too well since typically he would be the only one laughing at his jokes.

It was probably two weeks after his stroke while the doctor was visiting his room.  The doctor made a comment, and dad blurted a small quip.   The line actually got past us at first.  We collectively paused and stared at each other.  Did dad just make a joke?  We glanced down at him laying back in his hospital bed as a small grin rose from his face.

We all groaned.  And then we laughed.

Dad never did lose his sense of humor.  He lived another eleven years and continued to pepper us with some of his worst jokes and pranks.  That’s’ just the kind of man he was.  He nearly died, and he still found a way to look at life and laugh.  Actually, in 1987, he did die for about two and a half minutes.  He suffered a massive coronary and flatlined.  He nearly died another half-dozen times during 46 years of my life, and he always laughed.

When faced with adversity and stress, we will respond in two ways.  We cry, or we laugh.  I never truly appreciated this until I was in Army Basic Training.  Those were moments of great stress with Drill Sergeant’s nipping at your heels and barking orders in your face.  I spent most of my time trying to stay off their radar.  But it was not out of fear.  It was fear that I might laugh.  Each night, we would spend hours in our barracks laughing about the day.  Some in our platoon could do spot-on impressions that had us rolling on the floor.  It was a tremendously therapeutic stress relief.

There is power in laughter.  In adversity when you find a moment that makes you laugh, you rise above your circumstances.  Laughter is a way of perceiving your situation in a different light.  Sometimes just gaining new insight can put the seemingly impossible into proper perspective.  Tough times never seem to last as long as we think they will.  The difficulty was never as bad as we thought it might be.  Laughter helps us move forward.

I am not discounting crying, mind you.  Crying helps relieve stress by acknowledging and releasing feelings.  Keeping negative feelings blocked and bottled up can wreak havoc on your body as well as your mind.  Remember how I said how my dad was a very sick man?  Much of that was due to him not acknowledging the hurts in his own life.

And so, I have learned that there should be a balance between the two, laughing and crying.  When my dad died, I cried.  I cried a great deal.  I was asked to give a remembrance at his funeral and I was unsure I could do it without tears.  Fortunately, fate handed me a story that epitomized my dad.

My dad was a middle school teacher.  Everyone knew him and he was always recognized by former students when he and my mom were out and about.  And when word got out on social media that dad had passed, people wrote tributes about him as their teacher.

As I was reading through some of them, one caught my attention.  Apparently more than fifty years before, this gentleman as a fifth-grade boy asked my dad his middle name.  Without missing a beat, my dad answered, “Aloysius.”  Dad then went into a long and involved story about how it was a special family name given to him from generations past.  And for fifty years, this man carried with him this story that he was now happily sharing with everyone on social media about how interesting a man my dad was for having such a unique middle name.

This still makes me laugh.  It’s exactly what would have made my dad laugh.  This was a joke dad set up fifty years ago, and it took his death and technology never imagined at that time to finally arrive at the punchline.  I imagined dad in Heaven having one of his tremendous belly laughs as I shared this story at his funeral.

People laughed.  Some cried.  Some did both.  A few even cheered.  It truly was a triumphant moment, laughter in the face of death.  I don’t think my dad would have wanted to be remembered any other way.  Certainly, this was exactly how he lived his life.

The times we are facing now are some of the most difficult I can recall in our lifetime.  Indeed, it involves the entire world.  The stress is great, and there are moments that make us all break down and cry.  This only natural, and I say let the tears flow.  But if I can encourage you with the wisdom I gained from my father:

Whatever your circumstance, and if at all possible, don’t forget to laugh.

Bill Gray is a teacher and musician working throughout Massachusetts. He is currently an instrumental music director in the Masconomet Regional School District in Boxford, MA. Bill continues to perform in and around the Boston area with various music groups, including The Ipswich River Brass Ensemble. He lives in Haverhill, MA wife his wife Charlotte and their son Jacob. 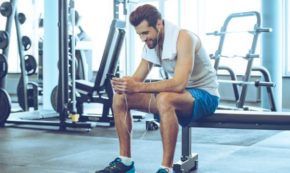 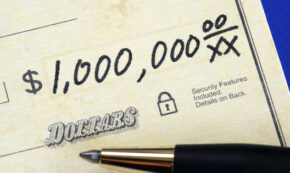 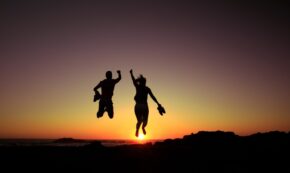 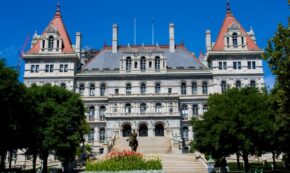 FacebookTweetPinEmailShares127
wpDiscuz
0
0
Would love your thoughts, please comment.x
()
x
| Reply
Share this ArticleLike this article? Email it to a friend!
Email sent!