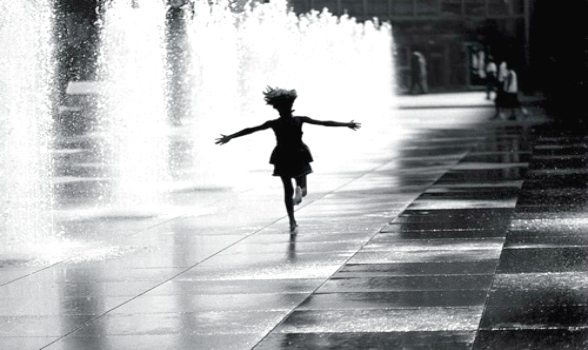 Your story is not who you are.  Addiction, Love, Pain:  They’re merely parts of who you are, not the whole picture.

Author and mystic Caroline Myss created a word that I love: woundology. It describes the way in which some people define themselves by their emotional, physical, and social wounds. It’s so easy to suffer from woundology because when we face our pain, becoming intimate with the many ways in which it manifests (both internally and externally, from heartbreak to drug consumption, depression to excessive shopping), we can empower ourselves. Perhaps it’s the first time in our lives when we’re acknowledging and conquering a fear that’s kept the deepest potential of our well-being—the experience of true joy, peace, and equanimity—just out of reach.

I’ve been guilty of woundology in the past: identifying myself as an addict and finding comfort in the sympathy it garnered me from others (though, I’ve received plenty of judgment as well). I do live with the disease of addiction. That is true. It would be irresponsible for me to lose sight of this fact and not do what I need to in order to maintain my recovery. I’m not ashamed or embarrassed to call myself a recovering addict because it’s a part of my story. It has allowed me the wonderful opportunity of connecting with many people the world over on a deep level that I otherwise wouldn’t have been able to, and for that I’m grateful. But being a recovering addict is only a part of who I am. Honoring that part of my life, without it defining me, has allowed me to break the chains of remaining actively wounded. It has also significantly helped to heal not all but a lot of the wreckage of my past, while still honoring that I have a real disease that can kill me if I’m not vigilant.

Obviously, it’s not only addicts who get wrapped up in the stories of their lives, creating identities around them. Everyone is subject to this. It’s not always identities based on pain or tragedy either. Success stories are just as enticing to build a sense of self around: rich, famous, CEO, doctor, guru, lawyer, and so on. But think about this for a second: What if we made the conscious decision to let go of all the stories about who we think we are and instead allowed those stories to represent who we used to be? Shit, while we’re at it, what if we let go of the stories altogether?.

To help put this into greater perspective, think for a moment about all the identities you’ve already lived so far. When I was a child, I played soccer and hockey, and was a skateboarder in elementary school and proudly displayed my various attire—from sporty team jackets to Powell Peralta T-shirts and Vision Street Wear shorts—while walking the elementary-school hallways. I remember thinking to myself that I was extra cool because I identified as both an athlete and a rebel skateboarder. (Hey, this was back in the ’80s when skateboarding was still an act of rebellion.)

As I moved on to middle and high school, I continued skateboarding, but left sports behind for music, learning to play bass, guitar, and drums. I replaced my team jackets with punk, hardcore, and hip-hop T-shirts, and began identifying myself as a hardcore kid. And since high school, I’ve experienced and identified myself as a number of other things: vegan; born-again Christian; college dropout; shitty boyfriend to various girlfriends; vegetarian; mental patient diagnosed with bipolar disorder, depression, and suicidal ideation; indie rocker; omnivore; aspiring bodhisattva; welfare recipient; spiritual director; husband, stepfather, and son; author all of which only begin to comprise who I am.

It’s when I take an honest look at all this—my victories, failures, dreams, addictions, ideas, and memories—that I’m able to see the places where my greatest attachments (both negative and positive) are. These places, if not worked with skillfully, will lead to suffering. As we become lost in our identification with any particular thing, we set ourselves up for suffering. We cling to impermanent things, but anything that is impermanent (which is every single thing in our day-to-day physical reality) is an unreliable source of true and lasting peace. True peace is a formless quality that can’t be found in the ever-changing and temporary world of form.

I’m not saying you shouldn’t own your roles. In fact, quite the opposite: Own the shit out of them! Be an amazing parent, husband, wife, son, daughter, teacher, student, Buddhist, musician, Christian, skateboarder, yogi, or whatever else, but do so (as best you can) from a place of loving Witnessing Awareness instead of getting stuck in any particular role. This may sound like a form of detachment, which in a way it is, but it’s not detachment in the sense of indifference. If anything, this form of detaching our identity from a “doer” frees our hearts and minds to be present in the moment with others. We still play our roles and do what we need to do, but now we’re doing so
from a place of compassion, awareness, and loving-kindness that benefits all beings.

Can you even begin to imagine the amazing Being that you are when stripped of labels, thoughts, words, and identities? Or what your experience in this world would be like free of these constraints, residing in the place of Everything Mind, if even for only a moment? Well, that’s all it takes—just one moment—because the truth is, that’s all we ever have.

Adapted from Everything Mind: What I’ve Learned About Hard Knocks, Spiritual Awakening, and the Mind-Blowing Truth of It All by Chris Grosso. Copyright © 2015 by Chris Grosso. Published in October 2015 by Sounds True.

About the Author: Chris Grosso is a public speaker, writer, recovering addict, spiritual director, and author of Indie Spiritualist (Atria Books/Beyond Words, 2014) and his new book, Everything Mind: What I’ve Learned About Hard Knocks, Spiritual Awakening, and the Mind-Blowing Truth of It All (Sounds True, October 2015). He writes for ORIGIN Magazine, Mantra Yoga & Health Magazine, and The Huffington Post, and has spoken and performed at Wanderlust Festival, Yoga Journal Conference, Sedona World Wisdom Days, Kripalu, and more. A self-taught musician, Chris has been writing, recording, and touring since the mid-90s. Visit theindiespiritualist.com.

FacebookTweetPinEmailShares584
wpDiscuz
0
0
Would love your thoughts, please comment.x
()
x
| Reply
Share this ArticleLike this article? Email it to a friend!
Email sent!