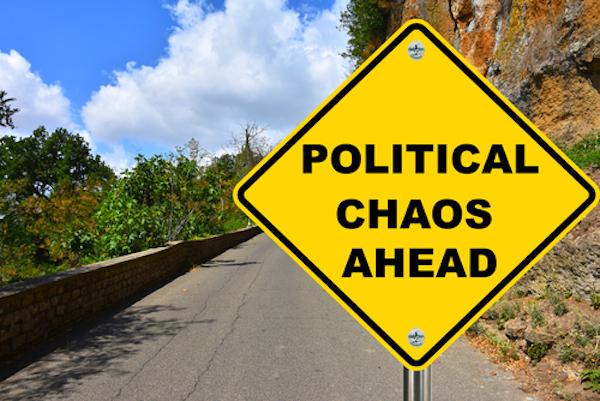 News stations are constantly having to cover Donald Trump’s latest actions and Twitter wars and so many important issues are placed on the back burner because God forbid there is a day that doesn’t feature Donald Trump as the main story.

Recently, Tropical Storm Barry made landfall and was being covered by news outlets and weather stations more than Donald Trump appeared on the news. Because of this, it was only a matter of time before Donald Trump did or said something obnoxious or tweet something to create unnecessary chaos in an already chaotic country.

He let loose with racist tweets against congresswomen. The fact that he only geared this tweet toward women is unsurprising but noteworthy as he has a history of mistreating and degrading women.

So interesting to see “Progressive” Democrat Congresswomen, who originally came from countries whose governments are a complete and total catastrophe, the worst, most corrupt and inept anywhere in the world (if they even have a functioning government at all), now loudly…..and viciously telling the people of the United States, the greatest and most powerful nation on earth, how our government is to be run. Why don’t they go back and help fix the totally broken and crime-infested places from which they came…

A list of just some of the degrading and inappropriate tweets about women can be found here.

I was in utter shock after reading this. I wondered if it was fake or if someone hacked Donald Trump’s Twitter. But that wasn’t the case. The President of the United States just blatantly exhibited racism for the world to see. He had made statements with implicit biases and messages pointing toward racism but this twitter post quoted above was far beyond this.

And notice that Donald Trump referred to “congresswomen” only. As a woman, I am extremely fearful of what is yet to come from this Trump presidency in regards to race, religion, gender, sexual orientation and much, much more.

Most every day, I wake up anxious and worried to check the news and Twitter for what I may read. I am afraid of what unconscionable thing he may have said or what country he has threatened that day.

Living in a place where the day is dependent on Trump’s mood or what he saw in the media while he should be sleeping causes constant anxiety throughout each day.

I wonder what bills have been proposed and worked on by both parties in the last two years that address major issues in the country. I ponder the amount of time being spent on investigations, inquiries, and subpoenas because of a corrupt administration and takes away from actual issues all of these politicians campaigned on.

I personally do not care what your political affiliation is because neither party is getting anything done. Neither party is working together to accomplish anything for the country. Instead, they’re spending their time firing insults, acting inappropriately during hearings and tweeting things that should NEVER be said by anyone representing the United States and American citizens.

I go to sleep at night and really try to understand how this country got here and what this means for the future of the United States. It doesn’t look promising. I always do my best to see both sides of things whether it be politics, music, religion, and so forth. In the current state of the United States, many of us are having a hard time being open-minded. Instead, you’re considered an enemy if you disagree with something and a loyalist if you agree. There’s no middle ground and it’s all or nothing.

It’s almost like a “free for all” in the country right now. You’re praised for racism and hated for relaying facts. If you relay facts, you’re countered by alternative facts, also known as lies.

The word alternative can be defined as having more than one possibility while only be able to choose one thing.

Some synonyms of the word alternative are: choice, preference, and option. A fact can be defined as a single piece of information or the quality of being factual. Some terms related to the word fact are: genuineness, truth, certainty, and materiality. Alternative facts are just not the truth and are lies.

If you support kicking out immigrants or holding them in detention centers where conditions are inhabitable, you’re praised. If you stand up for what you believe in and it’s contradictory to what the majority believes, you’re hated. Damned if you do and damned if you don’t.

These last few years have been absolutely draining and is causing me to be irritable, anxious, suspicious and distrustful of a government I used to have some faith in. It has also caused me to question the human species as a whole because of the disgusting lack of empathy, abnormal need for control politicians exhibit and lack of follow-through on elected politicians to do what they said they would do.

I can only hope that change will come in the future. I’m not optimistic about it, though. Too many people have become comfortable with the hate and the divide that gets bigger and bigger each day. This is not what our Founding Fathers has in mind for America. I’m ashamed to live in a country I once loved and cherished because it’s no longer a country of unity and acceptance. It’s now a country of loyalists and traitors with unity becoming more and more of a foreign term. 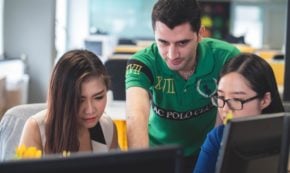 Facebook255Tweet1Pin1EmailShares257
wpDiscuz
0
0
Would love your thoughts, please comment.x
()
x
| Reply
Share this ArticleLike this article? Email it to a friend!
Email sent!