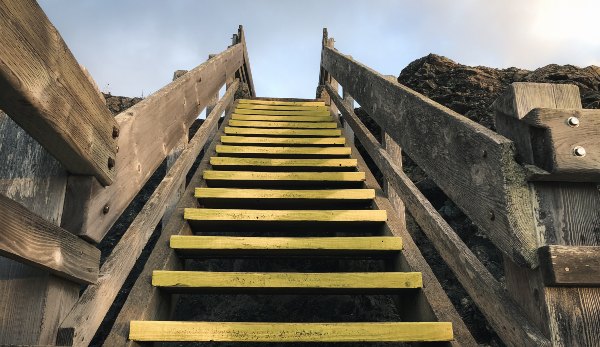 It is difficult to see the past or the future clearly when you are in the middle of a firestorm. Few would dispute that 2020 is year like no other. In the first ten months alone, we have experienced the following:

The world “liminal” comes from the Latin limen or threshold. It is a time in which we are betwixt and between. I had a vision of an old world that is ending and a new one that is being born in a sweat lodge ceremony at the Wingspan Men’s Leadership Conference in Indianapolis, Indiana in 1993.

I described the experience in an article, “The Ship of Civilization is Sinking: Do Not Lose Hope. Find Your Tribe.” In the vision we were all on a huge ship, the ship of Civilization. It seemed an unsinkable ship that had been going strong for 10,000 years. Those on the top decks who commanded the ship did not believe those in the boiler-room who saw water coming in and warned that the ship was sinking. Eventually, many people escaped the ship, got into lifeboats, and rowed away. The commanders, and those who believed them, maintained to the end that the ship was unsinkable. In the vision I saw a new kind of network created by those in the lifeboats and a new kind of society which formed as the people created a new world.

In the last twenty-seven years since experiencing the vision, I have come to see that a dominator system is in demise and a partnership system is emerging. As long as we buy into the myth that “civilization” is the best humans can aspire to achieve, we are doomed to go down with the ship. In The Chalice & the Blade: Our History Our Future first published in 1987, internationally acclaimed scholar and futurist, Riane Eisler first introduced us to our long, ancient heritage as a Partnership Culture and our more recent Dominator Culture.

In her recent book, Nurturing Our Humanity: How Domination and Partnership Shape Our Brains, Lives, and Future, written with peace anthropologist Douglas Fry, they demonstrate that for more than 99% of human history our ancestors lived with the following partnership practices:

It was only in the last 10,000 years that humans settled in one place, developed surpluses that needed to be stored and defended and “civilization” or more accurately, “dominator culture” began to spread throughout the world through violence and war. Anthropologist Stanley Diamond describes our hunter-gatherer ancestors as “conscripts to civilization, not volunteers.”

As Eisler identified, unlike partnership values, dominator practices include the following:

Although living in the liminal world, where a 10,000-year-old Dominator Culture is coming to an end and Donald Trump is President, can be frightening, it can also offer wonderful opportunities for growth and change. In her article, “At Home in the Liminal World,” writer Pamela Weintraub quotes Maggi Savin-Baden of Coventry University in the United Kingdom, says, “We need to immerse in liminal space to master the knowledge most useful to our postmodern world of creative destruction and constant change — so-called ‘troublesome knowledge’ that appears, at first, to be alien, counterintuitive, and incoherent, making no logical sense.” Here are some things we must do:

1. Recognize that the Dominator Culture we call “Civilization” is going under.

Rather than the pinnacle of human achievement, what we call “civilization” is a lot more problematic than we have been led to believe. Anthropologist and historian, Jared Diamond, wrote an essay in 1999 titled, “The Worst Mistake in the History of the Human Race.” Humans have become disconnected from the community of life and in our addictive arrogance we think we can power our way to the top.

Historian of religions, Thomas Berry, spoke eloquently about our disconnection from the Earth and the consequences of our failure to remember we are only one member in the community of life. “We never knew enough. Nor were we sufficiently intimate with all our cousins in the great family of the earth. Nor could we listen to the various creatures of the earth, each telling its own story. The time has now come, however, when we will listen or we will die.”

2.Partnership Culture is the hope for our collective future.

The philosopher and author Daniel Quinn says, “If we go on as we are, we’re not going to be around for much longer—a few decades, a century at the most. If we are still around a thousand years from now, it will be because we stopped going on as we are.”

On their new site, Parternism.org, Riane Eisler and her team say, “We can’t safely build a 21st Century world on an 18th Century operating system. The economic and social systems of the world are failing humanity and our planet.” Partnership principles and practices are the hope for our future.

3.Partnerism is the quiet revolution that is operating behind the scenes.

We’ve become very divided in the U.S. The left and the right, Democrats and Republicans, watch different media and there is little common ground. We see one view of the world if we watch MSNBC another if we watch Fox news and never the twain shall meet. But below the surface, Partnerism brings people together. It’s a socio-economic system where all relationships, institutions, policies, and organizations are based on principles of equitable partnership that supports linking rather than ranking and hierarchies of actualization rather than hierarchies of domination.

In his book, Blessed Unrest: How the Largest Movement in the World Came into Being and Why No One Saw It Coming, Paul Hawken said, “The dawn of the twenty-first century has witnessed two remarkable developments in our history: the appearance of systemic problems that are genuinely global in scope, and the growth of a worldwide movement that is determined to heal the wounds of the earth with the force of passion, dedication, and collective intelligence and wisdom.”

4.Men have a unique role to play in the partnership world of the future.

In the dominator world, a small number of powerful males did their best to control nature. What they tried to do to nature, they also tried to do to women as well as other men who were not white, rich, and powerful. But more and males are standing up to the powerful elites, breaking out of the Man Box that keeps us separate and lonely, and joining with women and others who have been targeted by the dominator system for control, incarceration, or violence.

In my book, 12 Rules for Good Men, I say, “It is time for men to expand our understanding of what it means to be a man and what the benefits are of breaking free from the rigid requirements of the Man Box.”

5.We must develop the ability to live lovingly with ambiguity and uncertainty.

Most of us are uncomfortable with the unknown. We long for clarity and certainty. But living in the liminal world, we must learn to live with change. In order to do so comfortably, we live in the present and resist the temptation to look for simple solutions or escape into the world of make-believe.

One of the great teachers of our age, the Dalai Lama, offers guidance and support for the times in which we live. Here are some of his words of wisdom that I draw on for guidance:

If you enjoyed this article, you can read more here. 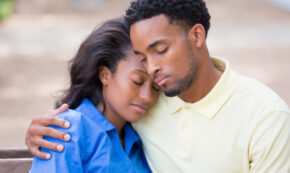 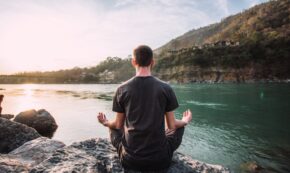 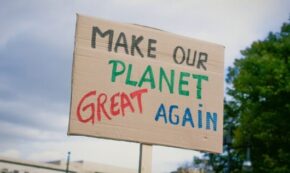 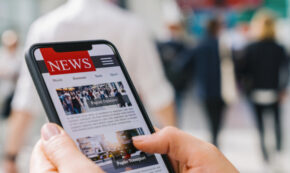 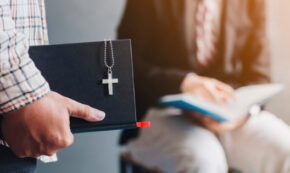