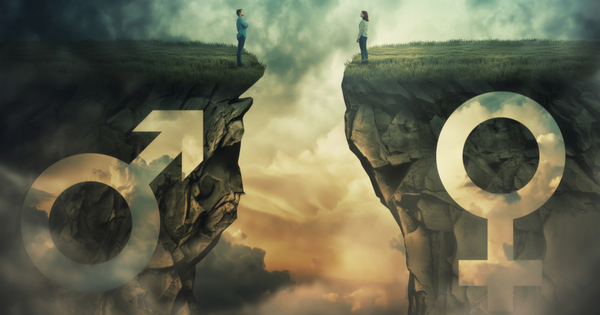 Among a lot of “trans” people, there’s a dream: to live the cis life. “Cis” just means “not trans”. These are trans people who don’t want any focus on that aspect of their identity.

A good number of trans people don’t want to be “trans”. Because trans people are treated differently from cis people (men born male and women born female, the lucky ones). Even though a trans man is just as much a man as Chuck Norris, he’d surely be belittled by friends if they saw his wrong genitalia. Even though a trans woman is as much a woman as your mother, she’ll always be seen – by some people who know that she’s trans – as “really a guy in a dress”. (I have another post on this.)

Many trans people try to hide their trans-ness. Some succeed. Some go to outrageous lengths to ensure their success – often because their own safety is at stake, because they live in communities that would damage them were their transsexuality ever known.

Case in point: at the hospital in Delhi where I had my sex changed, one of my fellow patients was an Eastern European girl who came with her mother. No one but her mother knew she was trans. She’d been raised as a girl, and all of her friends knew her as a girl. She was – in the words of another, envious patient – “living the cis life”.

But living the cis life, for a girl born with a penis, takes a lot of orchestration. When this girl came to the hospital, all of us other patients were instructed not to take pictures of her. Nor to upload anything online if she even appeared in it. It was a transgender surgery clinic (Olmec in Delhi, India). Cis people didn’t go there. And the girl who was “living the cis life” couldn’t let anyone see that she’d been to a trans hospital – or that would be the end of the cis life for her.

That’s what it takes, in these days, to truly and fully live the cis life. To live so that no one knows that you’re trans. It isn’t easy. To some people, it’s worth it. To others, it’s too much hassle, and they’re fine with people knowing they’re trans – even keeping a beard, in the case of several trans women I’ve met!

What about me, the author?

Obviously I’m not cis. (I had to get my sex changed, remember.) But since the sex change, I don’t identify as “trans” any more. When I was trapped in a body with “boy parts” (which was HELL, by the way), being “trans” was at least a reprieve from being a “guy”. For those eight months, I identified as “transsexual”. (Not “transgender” or anything, just “transsexual”. I’ve got a post on “Transgender vs. Transsexual” too.) But now I’m not comfortable even with “transsexual”. I’m just an infertile woman. (And I’ve got a post on THAT: “You can’t ever really be a woman”.)

Cis people (99% of people) are those lucky enough to be assigned the right gender at birth. They’re put on the same side of the gender binary as they belong – hence the Latin prefix “cis”, meaning “on this side”. “Trans” people are given the wrong gender at birth, so we have to step out of it and cross to another – hence the prefix “trans”, which means “on the other side”.

However, for binary trans people (who ARE men and women, just in the wrong bodies) there’s a solution to this. Step out of one box and into the other. For binary trans people, we’re lucky. Our genders are one of the two that society recognizes. We were just given the wrong one, because we had the wrong biological sex. Easy fix: change the body’s sex. (You can’t change the mind. People have tried. You can’t.)

And once we’ve had the sex-change operation, once we’ve medically fixed all the havoc the wrong hormones have wreaked on our bodies, we’re done with the “trans” part. We’ve crossed over. We’ve arrived on the same side of the sex/gender binary as our brains belong.

At this point, our “trans”-ness really only comes from how we self-identify, and the perceptions of others. In my case, I don’t self-identify as “trans”, outside my column on the Good Men Project. And I’m fortunate in that many of the people I interact with don’t link my identity to the hellish male alter-ego that came before me.

So I guess that I’m lucky enough to also be “living the cis life”. I look like a woman. (Thanks so much to Dr. Kaushik in India!) I’m the average height of a woman. My birth certificate, passport, and driver’s license say “female” – and that’s finally accurate, because my sex has been changed to female. In terms of being “trans”, it’s really only this column (which I started when I was in trapped-with-boy-parts mode; I wouldn’t have started it now).

Could someone look my name up online and find out that I was transsexual? Easily. Unlike the girl I met in the hospital, my safety doesn’t depend on keeping my history hidden. So I don’t try to hide things. And I’ve found that most strangers I’ve met don’t bother to Google me. For my family – who of course knew the male alter-ego who came before me – I’m fortunate enough that none of them much care that I was transsexual. To my parents, I’m such a better replacement for the horrible male alter-ego – whom I call “Hell Guy” because he made everyone’s life hell – that they’re perfectly willing to see me as what I am, essentially a different person.

Sure, I have more medical work to do. I have to get rid of the beard that too much testosterone gave me, and deal with a testosterone-damaged voice box. But these don’t un-make me female. I’m just a woman – a female woman – who was exposed to too many male hormones in her adolescence.

This is another way, I think, to live the cis life.