Get Daily Email
Join/Login CLOSE
Home / Featured Content / Local Governments Can Work Around Problems in the TV Marketplace Themselves, with Municipal TV 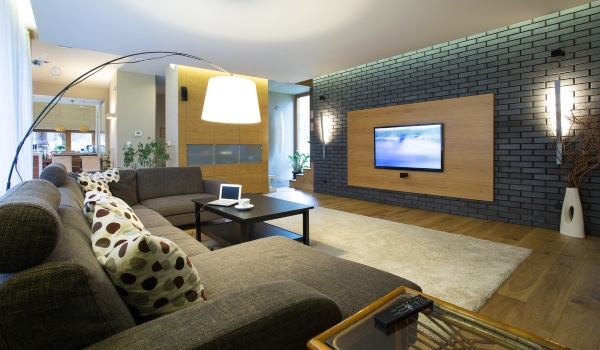 The laws around broadcasting and the retransmission of broadcast signals by cable and satellite companies are built up around a set of assumptions. One of the most basic is that individual broadcasters broadcast their signal to a specific geographic market where people can pick it up for free over the air, and pay TV providers in those markets make the signal available on their systems.

These assumptions don’t always hold true, though, especially outside of major cities. Issues around market boundaries, where companies do and do not offer local service, and the vagaries of receiving over-the-air signals can significantly complicate things. This post will talk about two of those complications–the satellite distant signal license, and orphan counties–before suggesting how local governments can solve these problems themselves, at least in part, by offering the kind of municipal TV service Congress had in mind when it passed the 1976 Copyright Act.

The first complication applies to people who live in an area that is technically part of a broadcaster’s market, but can’t receive its over-the-air signal. Most such people can get their local stations anyway on cable or satellite. But in some rural areas cable might not be available, and a satellite TV provider might not offer local service in that area. (Satellite TV is of course available anywhere in the United States with a clear view of the right part of the sky, but DirecTV does not offer local stations in 12 local markets.) If you live in a market where DirecTV doesn’t offer local service, but you can receive local stations over the air, you can get a complete lineup of programming with an antenna and a satellite dish. For subscribers who can’t receive a network station over the air, satellite companies are allowed to import a “distant signal”–usually a network feed that they are already carrying nationally, from a market like New York or Los Angeles. The law that allows this (and a bunch of other things–for example, allowing satellite companies to make network stations available in markets where there is no network affiliate at all) is currently called STELAR, which is short for STELA Reauthorization Act (with STELA itself short for Satellite Television Extension and Localism Act–amazingly, it’s had a number of other confusing names over the years). STELAR is set to expire at the end of 2019, and it should be renewed, since the alternative is that lots of viewers who by definition cannot receive local stations over the air won’t be able to receive them over satellite, either. (And such people are disproportionately likely to live in areas with inadequate broadband, as well.) Simply renewing STELAR and calling it a day is not the ideal solution, of course. The entire regulatory structure around broadcasters and pay TV providers should be rethought–but it’s better than just letting it expire, without a more comprehensive reform. And, like we’ll get to, local governments can play a role in making broadcast signals available to residents, as well.

Another place where the assumptions undergirding the broadcaster/pay TV regulatory system break down are “orphan counties.” These are places that are considered to be part of one TV market (often in another state) but where many residents would rather receive TV stations over cable and satellite from another market. For example, until recently, Durango, Colorado was considered part of the Albuquerque, New Mexico TV market. But Albuquerque stations do not cover Colorado sports, news, and politics the way that Denver stations do, so Durango residents successfully petitioned the Federal Communications Commission to have their market designation switched. Similarly, residents of the Berkshires in western Massachusetts are considered part of the Albany market, not the Boston market. This is not arbitrary–these market definitions might make sense for advertising, since people are more likely to drive to the nearest city to go shopping, for instance. But they have the effect of cutting people off from programming they should have access to–for example, state-level political debates. While the “market modification” procedure might work in some contexts, it can be cumbersome, contentious (since broadcasters don’t want to lose part of their audience), and might not even produce the best outcome–since some people in an area might want to continue getting stations from one market, some from another, and some from both.

Here’s the explanation. First, local governments are not subject to retransmission consent laws, which apply only to traditional pay TV operators, so they don’t need to negotiate with broadcasters themselves. As for copyright, in the 1976 Copyright Act, Congress gave local governments an express statutory copyright license. Specifically, 47 U.S.C. §111(a)(5) states that a “secondary transmission” of broadcast content is not an infringement of copyright if it “is not made by a cable system but is made by a governmental body, or other nonprofit organization, without any purpose of direct or indirect commercial advantage, and without charge to the recipients of the secondary transmission other than assessments necessary to defray the actual and reasonable costs of maintaining and operating the secondary transmission service.” (The structure of the statute makes it clear that government bodies and nonprofit organizations that make use of this provision cannot be considered “cable systems” that don’t qualify for this license, and in any event, broadcasters have established in court that entities that retransmit broadcast signals over the internet cannot be considered “cable systems” for copyright purposes.)

You will note that this statutory license applies to nonprofit organizations as well as governments. Locast is a nonprofit organization that is currently taking advantage of this statutory license, and it is getting sued for the trouble. Since the statute itself is pretty clear, broadcasters have resorted to an argument that Locast is somehow not really a nonprofit organization. While this argument seems specious, it’s hard to think how you could possibly sue a local government for not being a local government. So the legal risk for local governments who want to perform this service for their residents seems pretty small. The only question is the expense–but Locast appears to have established that the economics of offering a service like this work out. There are plenty of technology companies that could offer local governments the technological systems and expertise they need to offer this municipal service.

This isn’t a complete solution, of course. Laws like STELAR are still needed to avoid service disruption in the short term, and for a lot of other edge cases, such as satellite TV service for long-haul truckers and RVs. (However, the municipal TV approach could work hand-in-hand with STELAR by making local stations available to people who cannot receive them over the air, without disrupting their existing service.) Lots of people who can’t get the TV stations they want might not have fast broadband, either, so an internet-based solution might not work. (Communities can solve that problem themselves, too, with municipal broadband.) And it would be better if the entire system was overhauled so that workarounds like municipal TV were not even necessary. But one of the main advantages of the municipal TV approach, compared to other solutions like new kinds of distant signal licenses for pay TV systems in orphan counties–is that we don’t need a new law. There already is a law that allows it, and the cost of providing internet-based TV service is low and keeps getting lower. It also allows the residents of a community, through their local governments, to take their information needs into their own hands, which could be a model for addressing future challenges relating to media, news, and information more generally.

This post was previously published on Publicknowledge.org and is republished here under a Creative Commons license.