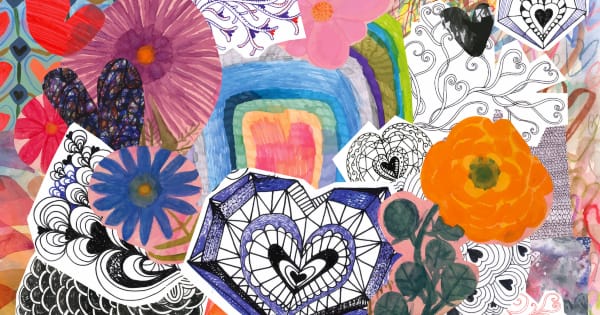 Then Jesus said to his disciples, “Whoever wants to be my disciple must deny themselves and take up their cross and follow me. For whoever wants to save their life will lose it, but whoever loses their life for me will find it. What good will it be for someone to gain the whole world, yet forfeit their soul? Or what can anyone give in exchange for their soul?

There is no fear in love. But perfect love drives out fear, because fear has to do with punishment. The one who fears is not made perfect in love.

Last week author Peter Wehner, an evangelical Christian and a senior fellow at the Ethics and Public Policy Center, a conservative think tank, noted that many of his fellow evangelicals voted for President Donald Trump largely out of fear primarily of loss of cultural power. He isn’t the first to say this and certainly won’t be the last, but I hope his words will get through to some folks.

And that’s the problem. A lot of folks see Trump as their last hope of maintaining America as they see it — comfortable for people like them to operate without any constraints, so they excuse his behavior. But in supporting him they actually sabotage the propagation of the the very Christian faith they believe is at the heart of their life.

Bottom line, such folks don’t really trust in God to preserve His people. Nor do they really believe the Gospel of Jesus Christ, which at its heart is about reconciliation — first, between God and mankind through His cross and, that accomplished, men and women to each other. In such an atmosphere, folks who think differently are seen as implacable enemies and Christianity is reduced to a turf war.

And that fear has already manifested itself in the rejection of evangelicalism by much of the millennial generation, with many of those remaining taking positions that, at least on the surface, oppose Biblical principles, most notably same-gender matrimony. But this is what happens when you demonize gays, people of color, Democrats, the “left” … you name the target. When you spend your time identifying and trying to defeat enemies you can’t maintain any sense of outreach to them and even encourage people to sympathize with them.

That’s why the Christian influence they say they long for is shrinking despite all the campaigns and money being spent. They have actually abandoned, or in some cases never truly understood in the first place, the core of the faith. Nothing but full-scale repentance, which will lead to the abandonment of the “culture war,” will stem the tide.

I suspect that Wehner gets this. I hope more voices like his will be heard.

—
A version of this post was previously published on UncommonsenseCommentary and is republished here with permission from the author.
—