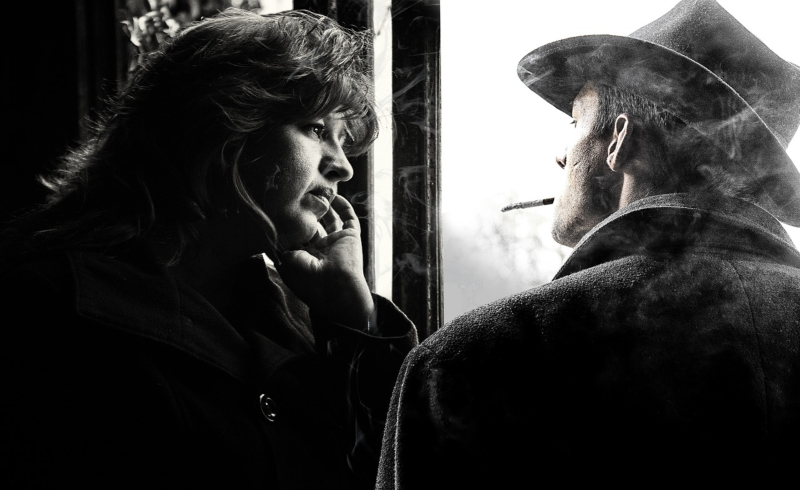 You don’t want to marry your Doppelganger. A doppelganger is someone that is exactly like you. Many people try to search for this person in this world. Some call that person their Soul Mate they are seeking.

There are so many reasons why you should not look for this marriage partnership. It’s not a realistic perfect union.

First, good luck finding your exact clone out there. That would be like looking for a needle in a haystack.

Second, we can optimize our life’s goals and purposes if we join forces with a partner with different strengths than our own.

Third, it’s good for couples to have some deeper differences in a relationship, like a difference in sensitivity or social temperament. We’re not talking about non-controversial preferences here like coffee choice differences.

Reasons you want to marry someone you DO have differences with:

-You’ll never be bored. After a certain point, similarity is dull and overrated. You or your partner may want to seek outside interests or people to add to your life. It’s unlikely your partner will want to seek the exact same different new interests as you at the same time, and that may create friction. Some examples:

You hear of couples who are on opposite ends of the spectrum on politics. As long as that’s not a deal-breaker and one partner is not as strong-minded in this category, this could work out. You get a different viewpoint. You have conversations, learn something new, and don’t just nod your head in agreement on every point. You can do that with something else you agree on.

-Reality that no two people are exactly alike could invade your life. Nothing stays the same forever. You will find something different eventually (that may not take that long to figure out) and it could be shocking.

Say, you were similar like two peas in a pod when you were dating, and didn’t have to communicate much before, and now suddenly you have to learn to communicate. That can be difficult.

Find a relationship that is like peanut butter and jelly, not two peas in a pod.

If you have many differences and your relationship survives, then you have more to look forward to. You’ll have more victories when you see eye-to-eye on something, where you know you normally have two views.

Two heads are better than one and you’ll be happy when you have agreed on something. That can be a great (motivational) feeling for the two of you.

I’m a deep thinker and my partner is not. While I’m stuck in my head, he’s probably not. He’s taking care of daily tasks and things. I never have to consider that he does anything out of spite. It’s usually that he doesn’t think about it too much. That’s much easier for me to refer to when in doubt, than wondering what he’s thinking or what happened.

Differences allow for new ideas to be brought to the relationship. Each considers their partner’s view on something and that becomes the new (interesting) idea to mull over or consider.

-Your friends and family will not have high expectations on your relationship. If you seem like an unlikely couple, there’s less pressure. If close ones saw you similar to twins or their relationship model, this could be a burden if you have differences below the surface. High school sweethearts who marry have a lot of pressure on them because they were supposed to make it, but in some cases do not.

You see some couples who try to show to their friends that their relationship is “perfect” since they are exactly alike and agree on everything. Every couple has disagreements, but not everyone shares. It’s better to be tactfully open about your differences instead of putting on the appearance of always being on the same page. People will appreciate your real-ness.

-You will grow together. As you spend more time and years together, you will become more like your partner, as you learn each other’s quirks. It gets easier and you will still have an interesting life where you can talk about your differences that may just be part of your life (or one partner may change).

Everyone has some differences, even if they’re trivial things. It’s what you do with the differences.

Do you agree to disagree? Or do you argue until your viewpoint is seen? Arguments are not always bad, as they allow progress to be made. It’s how the argument evolves and ends is what matters. If a solution is sought and found, that is productive. If no resolve is made and has no future resolution, then it can be a downward spiral for the argument (and sometimes the relationship). Some arguments need no solution.

You’ll always have things to talk about during a date night. Instead of talking about the latest events, you’ll have deeper, more meaningful conversations. These can also lead to a more interesting life in the bedroom as you can make fun light-hearted jokes about your differences.

If you own a joint-business that you and your partner run together, or you volunteer together where you each have your own part based on your differences.

I sat in a class a couple was teaching on a self-growth topic, and they both had very different styles of teaching and presenting. One was relational in style (and told stories) and the other one liked to use supporting facts for everything. They took turns teaching the class, and it was a well-rounded experience.

What Type of Differences Are Helpful

-Habit and lifestyle differences that are complementary. If one likes to make the bed or clean the dishes, that would be a plus.

Dr. Helen Fisher wrote about 4 love types (explorer, builder, director, negotiator). While each type is different in their modus operandi (and ways of thinking), marrying a type other than your own may not be a disaster. For example, a director (who dictates) and a negotiator (who strikes up conversation) could be complementary.

-Differences in talents. If one of you is good with a talent like art or dancing, these could create interests for the other partner. They may develop an interest to participate, watch, or be content that you have something to occupy your time with while they pursue their interests.

On the other hand, differing values can be difficult but may not end a relationship. For example, differing religion beliefs, and family can be a constant source of conflict (or annoyance to the other), but compromises can be made.

For example, the partner that weights the value category higher, should recognize their dominance in this area, and can compromise or back down in another area. You may never come to a full agreement, but the relationship is worth the differing value and finding a happy, medium balance. In this case, working on these differences is what matters.

Some Differences Can Destroy a Marriage

There are differences that are harmful threats to a relationship.

-Deal breakers. These are the things that the other partner can’t tolerate and if they are present, would rather end the relationship than be in the relationship as painful as that may be. For example, if one person has moral issues and the other does not, that could be a deal-breaker if it harms the relationship in an irreparable way.

If one person has an addiction, that could be a deal-breaker as the addiction takes over. These deal-breakers could wreck a relationship with just one wrong situation.

-Some areas can cause constant friction which could erode the relationship, slowly eating away and getting “under the skin” of the other person. For example, one person is habitually punctual and the other is always late. Or one is a saver and the other a spender. Or one lives a neat freak minimalist lifestyle and the other is an unorganized pack rat. These can turn into deal-breakers unless the couple figures out how to cope, like anticipating that the one partner always needs more time to get ready, or get a bigger house (or storage).

But if they are not deal-breaker issues, then the bottom line is if you can offer daily forgiveness in a relationship, then you can save your marriage despite your differences. If you’re still holding onto what your partner did 5 days ago, and keeping that person hostage to it, the person suffering most is you.

While natural compatibility is good, how you handle differences and yourself in the relationship, is all that counts for you as a team/couple.

Good luck with your relationship. Or if finding your mate, look for peanut butter and jelly compatibility.