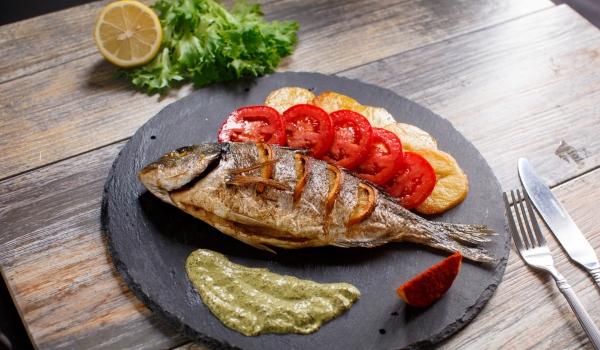 Not to be confused with a “low-carb” diet, which involves avoiding carbohydrates (bread, rice, pasta) as a way to lose weight or keep it off, a low-carbon diet—whereby you limit foods that generate a lot of carbon (CO2) emissions in their production and distribution—is indeed more about reducing your carbon footprint than your waistline. That said, proponents of a low-carbon diet say that eating with reduced greenhouse gas emissions in mind is healthier for us than the typical American diet whereby carbon-intensive meat, dairy and processed foods occupy too large a share of our overall food intake.

A recent study from the University of Michigan Center for Sustainable Systems backs up these assertions. Researchers correlated data from the National Health and Nutrition Examination Survey—a snapshot of what 16,000 Americans consumed over one 24-hour period—with information on the nutritional value and greenhouse gas impacts of different food items, concluding that the better a diet is for the planet, the better it is for our health. Furthermore, the 20 percent of Americans who eat what researchers consider a “high-carbon” diet (rich in red meat, dairy and exotic and processed foods) are responsible for almost half of the nation’s food-related CO2 emissions. The upshot is that changing the behavior and food choices of this small segment of the population could pay big dividends for public health and for reducing our overall national carbon footprint.

The concept of a low-carbon diet was first popularized in the U.S. by Bon Appétit Management Company, which runs more than 1,000 cafés in 33 states for corporations, universities and venues. Back in 2007, the company partnered with the non-profit Ecotrust to compile and conduct Life Cycle Assessments (LCAs)—measuring the amount of CO2 emitted during a given food product’s entire life cycle—for thousands of different foods. These LCAs became the basis for the “Food Scores” section of its EatLowCarbon.org website, which provides information to help people reduce their carbon footprints through food choices.

Besides launching EatLowCarbon.org, Bon Appétit’s managers also embarked on a five-year internal campaign to ratchet down the emissions generated by the company’s own operations and offerings by 25 percent. The company stopped buying air-freighted seafood, reduced its use of tropical fruit by half, shrank beef purchases by 33 percent and cheese by 10 percent while cutting food waste by one-third. Overall these moves shaved some five million pounds of carbon emissions per month off Bon Appétit’s contribution to global warming.

The fact that food and the systems to produce and distribute it are responsible for about a third of all greenhouse gas emissions means that everyone has a lot of potential for fighting global warming through sourcing locally produced and in-season foods to minimize emissions-intensive ‘food miles’, buying only as much as we can eat to reduce waste, and minimizing consumption of red meat, dairy and processed foods. In the case of climate change, if we don’t watch what we eat, it could really come back to haunt us.