Get Daily Email
Join/Login CLOSE
Home / Featured Content / ‘Making Indonesia 4.0’ and Supporting Digital Startups Is Good, but What About the Small Low-Tech Entrepreneurs? 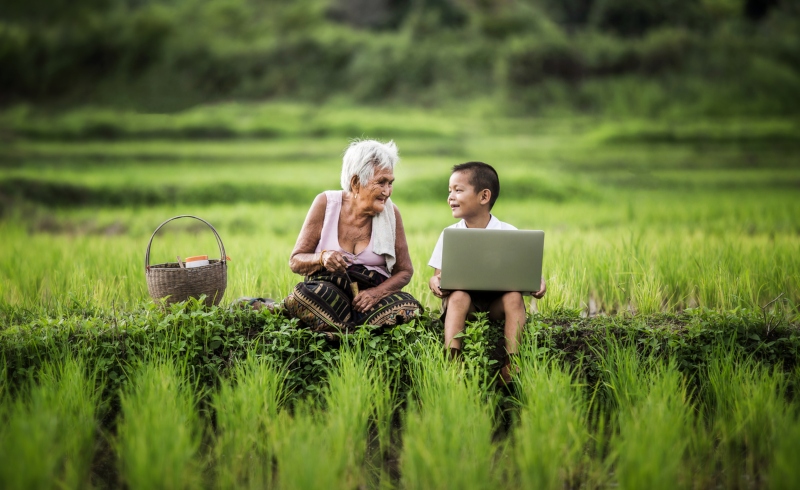 As Indonesia pushes to create more digital startups and prepares the manufacturing industry to embrace digital technology, authorities should not forget micro-entrepreneurship.

These small household-based businesses account for the bulk of firms, employment and GDP in Indonesia. Micro-entrepreneurship provides a productive source of economic welfare for families, especially the poorest.

President Joko Widodo (Jokowi) recently launched an industry roadmap, “Making Indonesia 4.0”. This details the country’s vision to boost the manufacturing industry’s competitiveness through the use of technology. Prioritising the food and drink, automotive, textile, electronics and chemicals sectors, the government hopes the roadmap will help create 10 million new jobs by 2030.

In November 2016, Jokowi presented a four-year economic plan to transform Indonesia into the largest Southeast Asian digital economy. Indonesia aims to create 1,000 high-tech startups by 2020, with a combined value of US$10 billion.

Investing in high-growth startups offers a strong potential to create jobs, spur innovation, increase productivity and internationalise local businesses. Indonesia’s hope that these 1,000 high-tech startups become medium and large firms and locomotives for the economy might come true. The sector is attracting foreign direct investments, some originating from investors such as Alibaba and Expedia.

Additionally, helping the Indonesian manufacturing industry to take advantage of automation and data-exchange technologies is a wise step.

But high-tech startup success stories shouldn’t hide the fact that the Indonesian economy and population rely mainly on a myriad of micro and small businesses that are low-tech and low-growth.

Most micro-enterprises are informal. They specialise in the trade and services sectors and are run within the household in urban areas across the Indonesia archipelago. High-tech startups tend to concentrate in the Jakarta area.

Some studies assert that micro-entrepreneurship is not very productive, can signal economic distress, and that entrepreneurs earn less than salaried employees.

Indeed, primary objectives of micro-entrepreneurship are to augment the household’s consumption and savings, and diversify the sources of income. This contributes to economic welfare and provides means for families to cope with economic vulnerability triggered by events such as layoffs, falling ill or having their house inundated by flooding.

Our research shows that Indonesian households that run microbusinesses in addition to some salaried work, either formal or informal, have higher levels of income, consumption and assets, compared to similar households that rely only on salaried employment for their livelihood. These effects are stronger for the poorest households.

A glimpse at the lives of micro-entrepreneurs

Indonesians in general exhibit strong entrepreneurial intentions, but numerous barriers hold them back.

For Indonesian micro-entrepreneurs, who are mostly poor and have low education levels, red tape and corrupt practices push them to stay in the informality. They already have to deal with poor access to external finance and collective services, such as energy and clean water provision and transportation. Many end up not registering their businesses, or run them without permits.

Having micro-entrepeneurs stay in the shadows of the formal economy is both the outcome and the cause of the poor quality of local institutions.

This is unfortunate as micro-entrepreneurship can prevent the poor from falling further below the poverty line.

For example, Supiati, who lives with her family in Jakarta, suffered from poverty and vulnerability. Supiati receives support from charity organisations Gerhati Foundation and Five Talents, which help groups in slum areas to access medical services. To support her family, Supiati prepares and sells simple food in the street.

Thanks to her small street food business, she could feed and send her kids to school. She could buy medicines to cure the chronic disease of her husband. She also bought a refrigerator that’s useful for her business and for the household.

In addition, she was able to extend her house. A new front room now serves as a kiosk for the business. These durable assets are a form of saving to reduce vulnerability, as they can be sold if necessary.

Mawar and her family also live in Jakarta. After being evicted from their home and relocated to a government-subsidised low-cost apartment, they have better living conditions, but have to pay a monthly rent.

This has created another form of insecurity. Mawar and her husband could not secure decent paying jobs due to their low education. For years, they managed to survive, barely, by combining incomes from precarious formal jobs in the factory and construction sectors, and informal jobs, such as selling scavenged cardboard collected throughout the city.

Mawar decided to open a small warung (small mom-and-pop stall) on the ground floor of her building. After a long wait, she finally obtained authorisation to establish her micro-business. This has brought in a complementary source of work and income for the family.

In April 2016, President Jokowi announced a series of measures to improve local institutions, lower barriers to entrepreneurship and ease doing business. But progress has been slow and these reforms are hardly implemented.

Indonesia should step up its efforts to foster micro-entrepreneurship, local economic development and the welfare of people. And as one stone may catch two birds, this will also contribute to curbing local corruption, durably.