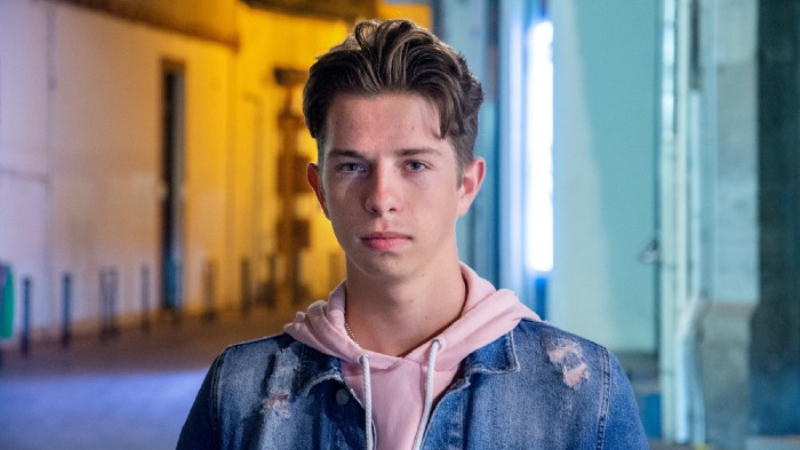 Nowadays I find myself being more conscious than ever about what accounts I follow on social media. I’ve stopped following the Kardashians to make room for more constructive content about body positivity, mental health, and feminism. But I guess I never really questioned if such accounts exist for men until I stumbled upon this interview on YouTube:

“Everyone’s by the pool; I have to get my shirt off and get into the pool. It’s a painful experience. Ever since I was kid.”

Sam Smith sits down with Jameela Jamil and she asks him what made him want to start speaking up about body image and self acceptance.

“This is my first time ever speaking about it,” he says, “my whole life I’ve struggled with my body and my relationship with it. I had been on tour living a healthy life and then came home for Christmas and just started eating a lot and getting into bad habits. And for the first time ever I had a surge to fight against my issues instead of being a victim to them all the time.”

“I started following accounts like I Weigh and actively searching for help,” said the singer songwriter. I Weigh is Jameela Jamil’s Instagram account, now also a podcast, made to celebrate body positivity and inclusivity. I also follow this account and I must say the posts regarding weight are mostly directed towards women. The majority of the photos of such posts showcase female bodies.

There’s a lot of shame and massive lack of information around men’s body positivity. And why is that? Is vanity just a women allowed thing?

For Sam Smith, it has been the usual toxic masculinity conversation that wears over guys all the time. It doesn’t feel manly to talk about how a man feels over his body everyday. I can say I’ve rarely heard my male friends or family members discussing their bodies. And if/when they do, they never open up about their insecurities.

“When I was a kid I was chubby. I was holding a lot of estrogen in my chest; I had breasts” said the singer. That’s something so many boys are going through but we just don’t talk about it. Sam Smith had a liposuction when he was 12 years old. He felt really happy about it for a while, although it really didn’t change anything. He put the weight back on in a matter of weeks. At the time he hadn’t figured out his relationship with food.

But being so young and having a liposuction is quite a big deal. Having big breasts at a young age can be the basis of all the teasing and bullying for boys. “I had some horrible situations in school with guys,” he says. “One time, a guy grabbed my chest when I was in the playground in front of all his friends. That was horrible, it was fucked up.”

Part of the reason why Sam Smith decided to have this interview was because he now started going to therapy in order to dig deeper into his relationship with his body. He has realized that these insecurities have been a big part of why he gets sad.

The bullying went on for years until he lost a lot of weight when he was 16. At this age, he also stopped wearing boy’s clothes. Although he was still being criticized for being different, comments around his wardrobe and makeup didn’t affect him as much as body shaming did. His confidence lasted about two more years until he moved to London and started gaining weight again.

Throughout the years, the singer’s weight has drastically shifted on multiple occasions. Which only aggravates the body dysmorphia he’s had ever since he was a kid. According to the Mayo Clinic, body dysmorphic disorder (BDD) is a mental health disorder in which you can’t stop thinking about one or more perceived defects or flaws in your appearance that can’t be seen by others. This condition can affect your mood and even prevent you from interacting with other people.

Jameela Jamil brings up his body shaming incident a few years back when a photo of him diving into a pool circulated around the internet. At the time he didn’t think he looked bad; when he was at his biggest he didn’t think he was that big. Both Sam and Jameela acknowledge that when they have been at their biggest, they have only been photographed badly. But when they have lost weight, paparazzi no longer capture them off guard. They ask for a picture and wait for them to pose.

“Before releasing my second album, I wanna look skinny. Skinny was successful to me. In the first album I was very lonely. I can’t look lonely. And if I look fat, I look lonely.”

Jameela Jamil questions the motive behind this kind of narrative: “I think this narrative is what the media has prompted us to believe. Fat is sad and depressed, skinny is happy and great.”

This narrative is all over our social media. It’s part of our culture, it’s been engraved in our mindset. If you google search “man boobs” the first result you’ll get is: “How to get rid of man boobs.” I can confidently say bullying and shaming boys over their weight is something we’ve all witnessed or even experienced ourselves first hand.

“I really just wanna speak out about weight and body image issues within men.” He says, “That’s all I’ve known. It’s been more problematic than being gay. I struggle with it everyday. It’s the basis of all my sadness. But lately I’ve been able to get myself out of there by hearing stories about body positivity and changing my Instagram. I can change what I’m looking at.”

It surprised me to learn that such a talented, beautiful and charismatic man feels this way. I’m sure he’s not alone with these feelings and that him taking the time to share his journey will impact lots of men, and also women around the world. This has surely made me realize men also feel insecure about their bodies, they just don’t talk about it as openly as women do.

Lastly, Jameela Jamil invites Sam Smith to say some final words of advice to people who struggle with the same issues. “People think self love is a destination,” he says, “people think you’re gonna reach a point when you say: ‘Fuck, I love myself!’ But that’s not how it works. It’s a practice and that’s what I want to promote. If you get sad and you get depressed, if you have body issues, you have to work with that every single day. All day. You have to work on it, you have to do stuff to help you and there’s help out there.”