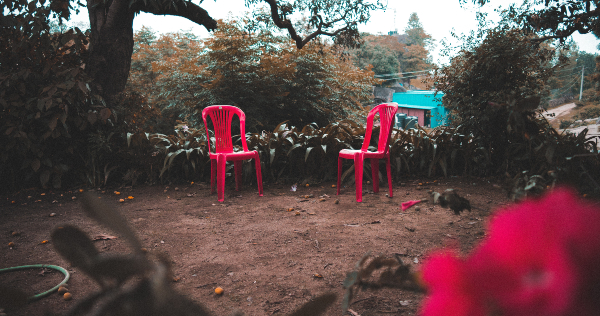 Til Death Do Us Part

Marital fidelity is usually assumed once you take your marriage vows at the wedding altar. However, statistics tell us that you cannot rely either on personal assumptions or religious codes to ensure faithfulness in your marriage. A new approach to marital fidelity is needed, one that has been called the “new monogamy.”

The new monogamy is based on the idea that marital fidelity is a choice you and your spouse/partner make together. It means that monogamy is negotiated collaboratively at the beginning of and throughout your marital relationship. Before I get into negotiating fidelity in your marriage, let’s take a look at what the “old monogamy” was based on.

The Psychology of the “Old Monogamy”

Ester Perel, who wrote about maintaining a satisfying sexual relationship over the long haul of a marriage, has some insights about our profound belief in the “old monogamy.”[1] She suggests that monogamy has its psychological roots in our early experience—with our primary caretaker(s) in which love is unconditionally and wholeheartedly given without our having to make any effort at all. How delicious! This early experience is of a “oneness” with the other—there is no distinction between baby and mother—the ultimate togetherness. Of course, what is true is that mother knows and cares about many other people, particularly father—her husband. Perel notes that mother was never totally faithful, not even once upon a time.

Perel’s term for the old monogamy is “monolithic monogamy,” which is seeking exclusiveness with another person. This is the seeking of the one person out there who can be everything you want: confidant, best friend, and passionate lover—your soulmate. Whatever we call it, the traditional view of monogamy became a marker for our own “specialness.” It is this specialness that deserves exclusiveness.

It is because we have claimed monogamy as a marker for our own “specialness” that when infidelity occurs it feels like we have been personally betrayed—what has been betrayed is our sense of “specialness”—truly unforgivable!

Marital Fidelity as Conviction Not Convention

The best approach you can take in your marriage is to adopt Perel’s position that fidelity is a matter of conviction rather than convention. As noted, this means that you are willing to accept that monogamy is no longer a societal given and, with self-reflection, need not be driven by subconscious wishes for “specialness.” It is best seen as a choice you and your partner are making and remaking together over the course of your marriage.

Negotiating A New Monogamy in Your Marriage

Negotiating a “new monogamy” is enhanced by the understanding that the convention of “old monogamy” is based on early longing for “specialness,” which we try to re-create in our marriage.[2] Better to negotiate and re-negotiate fidelity as a measure of the commitment to your relationship, rather than seeking trying to fulfill our wish for “specialness.” In contrast to seeking “specialness” in your relationship, understanding that you and your spouse are unique people who are committed to an equitable and sustainable marriage through the process of negotiation. The “specialness” is in the relationship not in you as an individual.

Here are three important things to consider in negotiating monogamy in your marriage:honesty or openness, outside relationships, and sexual fidelity.[3]

A Note About Sexual Fidelity

Each of you must take the time to reflect on your own thoughts and feelings about sexual fidelity in your marriage. Examine your implicit view of sexual monogamy. This is likely to be influenced by your own family background, religious beliefs, traditional sex roles, personal moral values, and personal insecurities. Each of you are likely to have a different understanding of the implicit agreement to the “old monogamy.” Such implicit ideas may include:

You must make these implicit ideas explicit. These implicit views are what you need to talk about with your spouse as you negotiate your new monogamy.

Fidelity must be a conscious choice you make—one that can encourage the emotional creativity to be able to get along for the many years you hope to be married. This requires relational competencies including, self-awareness, cultural awareness, conscious empathy, and kindness. Fidelity is a choice that we must negotiate regularly to protect our most intimate bond while continuing to grow as individuals.

A version of this post was previously published on MarriageofEquals and is republished here with permission from the author.

Facebook24Tweet1PinEmailShares25
wpDiscuz
Share this ArticleLike this article? Email it to a friend!
Email sent!