Get Daily Email
Join/Login CLOSE
Home / Featured Content / Marriage Requires Change, But Not as Much as You Think 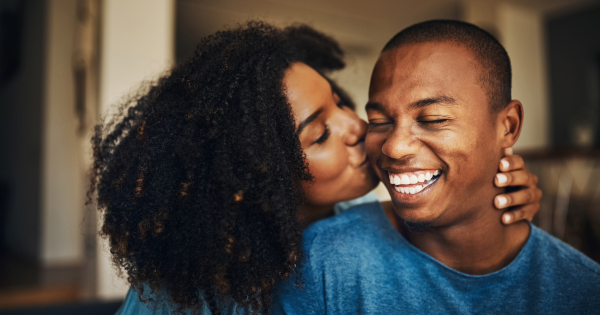 I Love You, You’re Perfect, Now Change. So says the title of a musical play. Unfortunately, this is also what many people experience once they get married.

There’s an old adage stating that men marry hoping their wives will never change and women marry hoping their husbands will. As with any all or nothing statement, this one has truth on both sides. Yes, each of you will change as you build a life together. The question, and the source of most marital tension is how much each partner needs to change.

I am a proponent of changing behaviors that are bothersome to one spouse. This raises the question of what is behavior that can be changed and what is in-born personality, and thus cannot. Too many people excuse the former by claiming, “It’s just who I am, get over it”, when it’s actually something they have the power, but not the desire, to change. Yes, it’s easier for them but the cost to their partner and their marriage can be high.

There are all kinds of tests designed to identify personality types: Meyers-Briggs, DISC, the Enneagram, Insights, etc. Most of the better ones have any given personality trait on a continuum because most are not as simple as yes, you have the trait or no, you don’t. This is one of the things that makes distinguishing between personality and behavior so difficult.

As an identified introvert on Meyers-Briggs, I can engage in extroverted behaviors, but it takes a huge amount of energy for me to do so—an example of the interaction between personality and behavior. As an identified feeler, I am in tune with my emotions and this is where another distinction between personality and behavior shows up. As a result of being an F, I can get worked up about all kinds of things and I have a hot, fast temper. For much of my life, I let it rip, not really paying much attention to the impact.

Many years ago, my husband made a request about how I handled things when I got upset. Being the brilliant man that he is, he did not ask that I no longer get upset (my personality) but to change how I handled it when I did (my behavior). He was a bit tired of being caught in the vortex of my emotions, especially when the situation wasn’t even about him. From that day forward, I have actively focused on my words and actions when I am het up. It wasn’t easy in the beginning and I’m still not perfect at it. (I still let it rip when other drivers make me crazy.) But it has made living with me much easier and more pleasant.

The point is that we all have more power over our behavior despite our personality characteristics. It’s never fair to ask for a change in personality it is always okay to request a change in a behavior that one of you finds problematic. As an autonomous human being, you always retain the right to say “no”. But the more often you can agree, the more successful and harmonious your marriage will be.

Marriage is a continuous process of negotiating two separate ways of being in the world into a third way that works for both partners. Too many of my colleagues have phrased this as needing to “compromise” and “sacrifice” for the good of the relationship. Yes, agreement is the desired outcome but how you get there matters. Giving in or giving up things that really matter to you or that are part of your core personality isn’t necessary and, ultimately, won’t work anyway.

So, say “yes” when you can, even if it means learning to do things differently. It will make the times you need to “no” easier for your marriage to absorb.

A version of this post was previously published on TheHeroHusbandProject and is republished here with permission from the author.

END_OF_DOCUMENT_TOKEN_TO_BE_REPLACED

Facebook17TweetPin3EmailShares20
wpDiscuz
Share this ArticleLike this article? Email it to a friend!
Email sent!