“It’s not uncommon for (long-COVID) patients who are being gaslit to wonder whether they are crazy – they’ve never had anybody acknowledge that their symptoms are real,” says Ric Arseneau, a Coquitlam-based internal medicine physician and clinical professor at the University of British Columbia.

Arseneau says gaslighting – when someone in power manipulates others into doubting their own judgment or sanity – has become an unfortunate trend among doctors treating patients with long COVID, defined as a range of symptoms that lasts months or years after the initial illness. He is calling for more awareness among medical professionals about how “medical gaslighting” harms patients.

One potential harm, Arseneau says, is that under-recognition of long COVID can lead to improper advice on treatment. “Often, patients will get advice from their physicians or their physiotherapists to push through (their symptoms) and, in doing so, make symptoms worse,” he says. “They may actually lock the symptoms in.”

Daisy Fung agrees that it’s a myth that treating long COVID requires patients to “get up, exercise and not be lazy.” The Edmonton family physician says she’s experienced this not only as a doctor but as a patient, too.

Fung says she contracted COVID-19 in March 2020 and has suffered from fatigue ever since. Fung says she gave up playing hockey recreationally in favour of curling, which she found less intense. However, she says, even a game of curling can leave her recovering for three or four days.

The need has never been greater for health-care workers to understand long COVID. With only about 28 per cent of COVID-19 patients able to work full time after 12 weeks, long COVID’s constellation of debilitating symptoms has become a difficult – and economically important – puzzle to solve, says Jane McKay, medical lead of B.C.’s Post-COVID-19 Interdisciplinary Clinical Care Network.

While the average healthy person has 10 to 12 hours a day available to accomplish tasks, Arseneau says a third of long-COVID sufferers have fewer than two usable hours each day. “I think there’s a huge amount of disability,” he says.

Long-COVID patients often are being misdiagnosed with a psychiatric condition, says Arseneau. He notices two patterns: in one, clinicians think symptoms are all due to depression or anxiety; in the second, they outright dismiss patients’ complaints, telling them to “get over it.”

Despite being a physician herself, Fung says that even after she was diagnosed with long COVID, a psychiatrist reached out to tell her that her problems were “all in my head.” A second physician questioned her ability to continue practicing medicine.

Says Arseneau: “What tends to happen with these patients is that they get into a frustrating situation where they don’t feel heard or acknowledged.”

He says this happens because many physicians don’t recognize the limitations of diagnostic tests. “They have the mistaken impression that our technology is good enough to pick up everything,” he says.

Arseneau points out that medicine has numerous examples of diseases that were initially mistaken for psychiatric illness. “For instance, multiple sclerosis was considered a psychological condition until the MRI was invented,” he says.

The proper diagnosis and classification of post-COVID-19 symptoms has challenged physicians since it was first described in 2020. Vancouver respirologist Chris Carlsten says long COVID is “one of the least specific syndromes – there’s no way to diagnose it consistently and confidently.”

A November paper in The Lancet said that because of this uncertainty, people are “often over-investigated and overtreated.”

“The next day I feel like I’ve participated in a marathon.”

When talking about “long COVID,” most are referring to the second group, he says.

Arseneau breaks down the symptoms of long-COVID into five categories: fatigue, pain, sleep disturbance, “brain fog” and the “unexplained” – the last a catch-all category that includes dozens of symptoms that are not well understood.

In terms of fatigue, Arseneau says one common pattern is “post-exertional malaise” (PEM), in which patients push for too much activity too soon, leading to amplified symptoms 24-to-48 hours later. Fung says PEM causes her to feel tired and short of breath – and then the next day, “I feel like I’ve participated in a marathon.”

Jill Calder, a Physical Medicine and Rehabilitation specialist from Kamloops, B.C., says treating PEM requires an approach to exercise that is continuously adjusted to how someone is feeling.

“ ‘No pain, no gain’ is how we’ve always rehabbed people. With this one, you have to find out what your rebound symptoms are, then gradually add more exercise as you prove your system can tolerate it,” she says.

In the “unexplained” category, one unusual symptom pattern is “postural orthostatic tachycardia syndrome (POTS),” which Calder describes as an abnormally high heart rate triggered by standing upright. She says this can make someone dizzy with chest pain or shortness of breath and is sometimes even mistaken for anxiety. Treatments can include medication but most often involve keeping hydrated and ensuring enough salt intake, she says.

Despite all the unanswered questions with long COVID and physicians’ persistent beliefs that long COVID is not real, Fung is optimistic. “It’s similar to stuff we’ve kind of ignored for the last decade with (other) post-viral illness … It’s opened up my eyes to this patient group that we’ve ignored,” she says.

Arseneau has similar optimism, citing the $1.15 billion contributed by the United States Congress to the National Institutes of Health towards long-COVID research. “We’re going to have a lot of good stuff come down the pipeline. Already, there’s a large number of researchers who’ve been pulled into the vacuum with the money,” he says.

This post was previously published on HEALTHYDEBATE.CA and is republished under a Creative Commons license.

Healthy Debate publishes journalism about health care in Canada by the people whose lives it touches the most, from physicians, patients and caregivers to health journalists, academics, and advocates. Our unique focus on giving a platform to health-care insiders allows us to provide detailed coverage of the inner workings—and dysfunctions—of this important sphere of Canadian society.

We pride ourselves on covering the nitty gritty of Canadian health care through clear, captivating op-eds and reported features. This allows us to be a forum where the general public learns about, discusses, and debates health care in Canada—and, importantly, imagines what it could become. 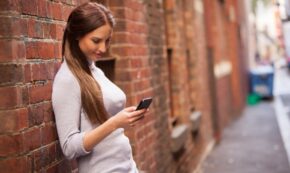