Recently, relationship and leadership coach Shana James was on our show talking about Men and Their Romantic Relationships.

During our conversation, Shana talked about:

She is known for my ability to assess, in just a few minutes, the cause of dissatisfaction and stuck points in your profession and love life. Then she creates a clear and unique path for you to have true success and incredible love.

Referred to as a secret weapon, Shana cuts through distraction and provides direct access to your confidence, power, and clarity. Shana is also a translator between women and men, providing effective tools to transform conversations and dynamics that have gone awry into connection and collaboration.

With an M.A. in psychology, DISC certification, Coaching training, and more than a decade of facilitating groups and workshops, starting multiple businesses, and helping hundreds of entrepreneurs start their own, Shana’s range of skills is unlike many other coaches.

Shana James is also a contributor to The Good Men Project.

Please feel free to email us at [email protected] 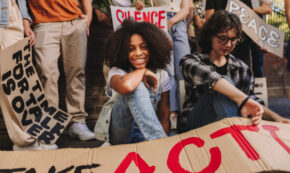