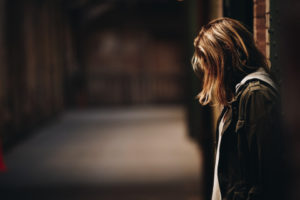 Let’s have fun and objectify a woman.
The other day I checked my feed on Facebook. Among the political, thoughtful, and personal posts was a picture of a young blond woman/model, with her side to the camera, posed straight-backed and in a one knee up-one knee down position. Her feet had been photoshopped, so they were two to three times their actual size. Friends were invited to post comments.

My opinion – Not funny.
The poster, a male, and other responders could have left it alone. It was, simply, my opinion. I have been working with the Good Men Project and the Social Interest Group #StopSexism for over two years, which includes the #MeToo movement. Using women as the objects of demeaning and degrading humor is perpetuating our societal patriarchal belief that women are second-class citizens and good only for sex, breeding, and abuse.

My fault for no sense of humor.
Not two seconds passed before the poster replied and called me out for having no sense of humor. Ah. I think the image is not funny and it is my fault. My sensibilities are impaired. Our culture says to attack the whistleblower, the victim, and never take responsibility for perpetuating the misogyny epidemic (as well as other hate-filled agendas woven into the fabric of this country).

What if it was your family?
I responded with the societal implications of such an image using this example. “What if that was a woman/girl in your life,” I said. “Would she be happy to see herself held up to ridicule? What would happen if you took her to a restaurant and someone recognized her? Would you be okay with them calling out: ‘Hey, you’re the one in the bigfoot photo! Want me to suck your toes?’”

Boys will be boys.
Next time I checked, a new voice to the conversation accused me of shaming those who participated in the thread. That translates to “shame on me” for not being okay with men asserting male privilege by treating women any way they want.  Boys will be boys. Besides, no one got hurt. Right?

WRONG!
By perpetuating a mindset that says it is okay to debase, demean, ridicule, sexualize, and laugh at women, these men who support this behavior deny women their inherent equal status. Their hollow laughter reaches into the souls of the women and wives who know them and says, “You’re not good enough.” Their laughter reverberates in their children who now know daddy doesn’t like women very much. Daughters no longer trust the main man in their life and sons grow up to be just like dad.

#MeToo – the abuser blames the victim.
The poster guy decided my responses were out of anger, my anger, and meant to hurt him specifically. He said planned to block me, and he did without acknowledging any accountability on his part. I’m the problem. I made him do it. “It’s all your fault,” says every abuser on the planet.

Be an Activist.
Join me. All it takes to be an activist is awareness, purpose, and determination not to let the mundane go unnoticed. Call out the little things, spread awareness, and change happens. In opening ourselves up to the issues, wanting our lives and those of our children to be on an accepted and equal basis with all humans, all rights preserved, we spread kindness, create community, and model inclusive behavior. It is up to us to mold an environment that is safe for all.

#VOTE2018 – your vote matters as it counts in the popular vote.

Photo by Eric Ward on Unsplash