Tom is a young man in his late twenties who is in his first serious relationship with Nancy. Ever since Nancy moved in, it seems to Tom that their relationship has changed a lot, and not to his liking. It almost feels like Nancy has taken over his apartment, like she has a hidden playbook somewhere that he can’t get access to. That playbook is filled with the details of how things are supposed to be done—the right way to load and unload the dishwasher, how to clean the tub after you take a shower, what gets washed with what and at what temperature, etc. All of these things seem a little silly to Tom; after all, he managed just fine on his own for years. Still, it’s nice to step into a clean tub when you shower or see the unwrinkled clothes that you folded and put away in the drawer.

Tom is also surprised at how good it feels to have something concrete to do that is so pleasing to Nancy. However, over time, what started out feeling like not much to ask for begins to feel increasingly burdensome and he starts to feel resentful. Each time Tom starts to feel like he’s got it, he’s mastered the playbook and knows what’s expected of him, damn it if she doesn’t come up with another rule that, somehow, he was supposed to already know about. Sometimes it almost seems like a rigged game, that no matter how hard he tries he’ll never get it right, never be able to please Nancy. Curiously, the one thing that almost never occurs to Tom is to tell Nancy that he feels pressured to not disappoint her, and that he has some ideas of his own about how to run their shared home. 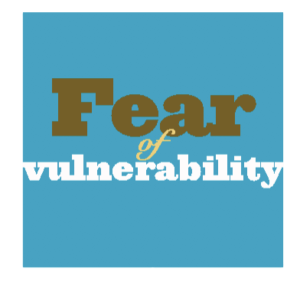 There is no more convincing evidence of men’s fears of being dominated and controlled by women than their insistent protestations that they are not. If you ask Tom, or any other man if he is afraid of being controlled by his wife/partner, he will, of course, adamantly deny it. He might tell you he is angry about his wife/partner’s attempts to control him, but scared is probably not a word that comes readily to mind. In fact, it is very important to most men to continually reassure themselves and others that they are not controlled by women.

Men want to see themselves, and frequently look for ways to prove to others, that they are independent to the point of being self-reliant, that they don’t need help from anybody, that they are their own man and not influenced by others. They mock each other about having to ask their wives/partner’s permission to do anything, not wearing the pants in the family, or being a woman’s bitch, projecting their own fears onto other men to reassure themselves. Notice how much of men’s ridiculing of each other involves accusations about being more feminine, in other words, less masculine. For example, when a man talks about a woman trying to control him, he may say that she is “emasculating,” or “a ball breaker.”

You may have noticed how much the dynamics in Tom and Nancy’s relationship resemble those between a parent and a child, with one partner being the adult who takes responsibility for everything and the other partner playing the role of the passive aggressive, acting out child. This pattern is so common that couples’ therapists refer to it as a “parent-child marriage.”

In heterosexual relationships, it is most often the man who ends up in the role of the child. While men joke about wanting to live the bachelor life and resenting having a woman trying to socialize them, on some level they appreciate the changes that a woman brings into their life. It feels good to live someplace that feels more like the home they grew up in, to have a more regular life that they can count on and relax into, to have a reliable social life that is taken care of for them, and to have some guidance to soothe their anxiety about not knowing what to wear or how to act in more grownup social situations.

When it goes well, as it often does in the beginning of a relationship, this is a great example of how couples can help each other learn to become more fully themselves, to live into the potential of who they are. However, what starts as a mutually beneficial implicit agreement can deteriorate into a series of unspoken power struggles. The dissatisfaction most often starts with the woman. Many women recognize that they have a lot more experience and expertise in relationships than most of their potential male partners. Women joke about men not being a good fit off the rack and needing alteration, or about needing to train potential partners.

When men understand what their partner is really looking for, and recognize that they want the same thing, then men are likely to be less defensive and less reactive to the coaching and prodding, and things usually go very well. On the other hand, when men miss the larger point, when they have such a paucity of positive early attachment experiences themselves that they don’t recognize, or are not drawn to the closeness their partners are offering, then all of the formerly benign guidance and coaching begins to chafe and seem more and more like criticism and control.

When things go bad in this way, they cycle downward and get worse and worse. Each member of these couples is absolutely convinced that they are the ones who have it worse and that the other is much better off, but this is a mess that they made together. The parent-child relationship is an unconscious collusion between two people. They are equally responsible and equally stuck.

Click here to submit your story about men’s fear of vulnerability so we can all learn from each other’s experience.

It’s OK to Be Vulnerable, Men

Facebook32TweetPin1Email2Shares35
wpDiscuz
Share this ArticleLike this article? Email it to a friend!
Email sent!