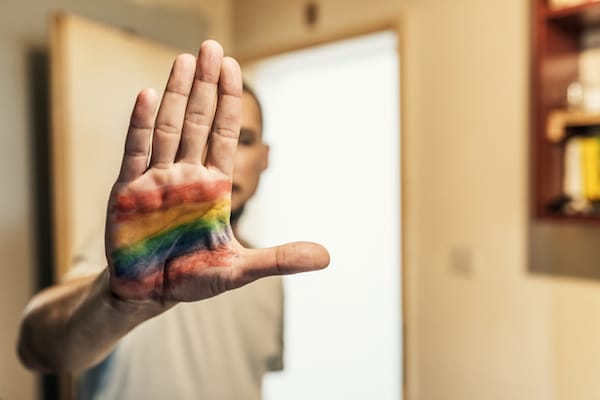 Mike Pence kvetched to the graduating class at Liberty University that the most marginalized group in the U.S. are Christians:

Some of the loudest voices for tolerance today have little tolerance for traditional Christian beliefs,” he said. Pence warned graduates that they will be “shunned or ridiculed for defending the teachings of the Bible.

Pence argued that “attacks on Christian education” are “un-American,” which refers to the criticism he and his wife Karen have received for their blatant homophobic and cissexist words and policies, in Karen’s case in defense of her willingness to work at a school that bans LGBTQ students and educators.

But using “religion” to justify the vilest forms of oppression is not unique to the Pences.

People and denominations have and continue to quote scripture to vindicate the “god-given” and “natural” enslavement of human beings and the segregation of the “races,” denial of full citizenship rights and reproductive freedoms of women, human and civil rights benefits to LGBTQ people, protections of our planetary environment, and still today in the United States, the “inherent” mandate of patriarchal Christian white supremacy.

For Mike and Karen, here’s my double-pence worth of commentary.

I find it paradoxical that in our society, love of difference makes one the same, while love of sameness makes one different.

In this regard, I cannot help thinking about something Frederick Douglass, who escaped enslavement and worked for the cause of liberation, once said when he described the dehumanizing effects of slavery not on those enslaved alone, but also on white slavers whose position to slavery corrupted their humanity.

While the social conditions of Douglass’s time were very different from today, nonetheless, I believe Douglass’s words hold meaning by analogy:

No [person] can put a chain about the ankle of [another person] without at last finding the other end fastened about [their] own neck.

Though it cannot be denied that oppression serves the interests of dominant group members, eventually it will backfire, and the chain will take hold of them.

Therefore, I have come to understand that within the numerous forms of oppression, members of targeted (sometimes called “minoritized” or “subordinated”) groups are oppressed, while on many levels, members of the dominant or agent groups are hurt. Although the effects of oppression differ qualitatively for specific targeted and dominant groups, in the end everyone loses.

This is true as well within the social oppressions called “heterosexism” and “cissexism.”

I define “heterosexism” as the overarching system of advantages bestowed on heterosexuals. It includes the institutionalization of a heterosexual norm or standard, which establishes and perpetuates the notion that all people are or should be heterosexual thereby privileging heterosexuals and heterosexuality, and excluding the needs, concerns, cultures, and life experiences of people who do not define as heterosexual or gender normative.

In truth, heterosexism is pervasive throughout the society, and each of us, irrespective of sexual or gender identity and expression, stands at risk of its harmful effects.

“Cissexism” (a.k.a. “Binarism,” “Transgender Oppression,” “Genderism”) comprises a conceptual structure of oppression directed against those who live and function external to the gender/sex binary, and/or the doctrine that they do not exist at all.

First, heterosexist and cissexist conditioning compromise the integrity of people by pressuring them to treat others badly, which are actions contrary to their basic humanity.

It inhibits one’s ability to form close, intimate relationships with members of one’s own sex, generally restricts communication with a significant portion of the population, and, more specifically, limits family relationships.

Heterosexism and cissexism lock all people into rigid gender-based roles, which inhibit creativity and self-expression. It often is used to stigmatize, silence, and, on occasion, target people who are perceived or defined by others as lesbian, gay, bisexual, or transgender but who define as heterosexual and/or cisgender.

In addition, heterosexism and cissexism are some of the causes of premature sexual involvement, which increases the chances of teen pregnancy and the spread of sexually transmitted diseases. Young people, of all sexuality and gender identities, are often pressured to become heterosexually active to prove to themselves and others that they are “normal.”

Societal heterosexism and cissexism prevent some LGBTQ people from developing authentic self-identities and add to the pressure to marry someone of another sex, which in turn places undue stress and oftentimes trauma on themselves as well as their spouses and children.

Heterosexism and cissexism, combined with sexphobia or erotophobia (fear and revulsion of sex) results in the elimination of discussions of the lives and sexuality of LGBTQ people as part of school-based sexuality education programs, keeping vital information from all students. Such a lack of information can kill people in the age of HIV/AIDS. And heterosexism and cissexism (along with racism, sexism, classism, sexphobia) inhibits a unified and effective governmental and societal response the HIV/AIDS pandemic.

With all the truly important issues facing the world, heterosexism and cissexism divert energy and attention from more constructive endeavors. It also prevents heterosexuals and cisgender people from accepting the benefits and gifts offered by LGBTQ people, including theoretical insights, social and spiritual visions and options, contributions in the arts and culture, to religion, to education, to family life, indeed, to all facets of society.

Ultimately, it inhibits appreciation of other types of diversity, making it unsafe for everyone because each person has unique traits not considered mainstream or dominant. Therefore, we are all diminished when any one of us is demeaned.

The meaning is quite clear: When any group of people is targeted for oppression, it is ultimately everyone’s concern. We all, therefore, have a self-interest in actively working to dismantle all the many forms of oppression, including heterosexism and cissexism.

The statements, policies, and actions taken by several religious denominations must be understood as nothing short of bullying. Therefore, the institutional bullying emanating from these religious factions must stop, now!

When religious leaders preach their damaging interpretations of their sacred texts on issues of same-sex relationships or identities and gender non-conformity within and outside their respective houses of worship, they must be held accountable and responsible for aiding and abetting those who target and harass, bully, physically assault, and murder people perceived as LGBTQ.

In addition, they must be held accountable as accomplices in the suicides of those who are the targets of these abusive actions.

When the religious/theocratic Right declares that LGBTQ people are sinners and psychologically ill, and that they must not be allowed to promote their so-called “gay agenda,” indeed, as the line between religion and government is increasingly blurred, and when we are taught to hate ourselves, each of us is demeaned, which denies us all our freedoms and liberties.

Therefore, we have a right, or rather an obligation, to speak up, to fight back with all the energy, with all the unity, and with all the love and passion with which we are capable.

From our vantage point at the margins, we have a special opportunity and a responsibility to serve as social commentators, as critics, exposing and highlighting the wide-scale inequities of all kinds that saturate and surround our environment, and to challenge the culture to move forever forward and progress.

Though certain religious denominations may continue in their attempts to define us, they will fail.

A central tenet of liberation is the right of people to self-define, to maintain their subjectivity and agency over the course of their lives. With our loving allies within progressive religious communities in addition to those unaffiliated with religious denominations, we are taking back the discourse and demanding that religious institutions curb their offensive dogma and take their interpretations of scripture off our bodies.

We will continue to fight against their efforts to legislate us into second-class citizenship and codify their so-called “values” into law. We will fight their attempts to restrict us from entering the social institutions of our choice.

Furthermore, we will not accept their framing themselves as the victims of “religious bigotry” when we challenge their Medieval, hateful, fear-inspiring, cruel, and yes, oppressive interpretations of our lives, interpretations targeted to perpetuate their domination and control.

We are no longer intimidated. We are standing up, joining together as allies, as upstanders, to put an end to their hatred and violence, to their hijacking of scripture to serve their need to control, and to once and for all end the deaths that have taken so many beautiful and gentle spirits.

I refuse to debate my existence on religious grounds ever again with anyone, since there is no “debate,” for to quote Rene Descartes, “I think therefore I am,” period, the end.

In the final analysis, our challenge remains in no way as “religious intolerance” or “religious bigotry,” but rather, it amounts to our standing up to correct a devastating social injustice. It is not “religious prejudice” to challenge offensive, demeaning, degrading, marginalizing, persecution-resulting, violence-provoking, suicide-inducing characterizations.

I believe we are all born into an environment polluted by heterosexism and cissexism (two among many forms of oppression), which fall upon us like acid rain. For some people, spirits are tarnished to the core, others are marred on the surface, and no one is completely protected.

Therefore, we all have a responsibility, indeed an opportunity, to join together as allies to construct protective shelters from the corrosive effects of prejudice and discrimination while working to clean up the heterosexist and cissexist environment in which we live. Once we take sufficient steps to reduce this pollution, we will all breathe a lot easier. 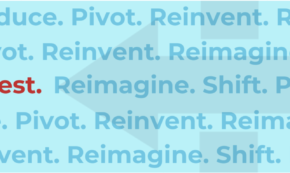 Facebook255Tweet1PinEmailShares256
wpDiscuz
Share this ArticleLike this article? Email it to a friend!
Email sent!