Get Daily Email
Join/Login CLOSE
Home / Featured Content / Mindfulness Is Child’s Play: How to Live in the Moment Like a Kid 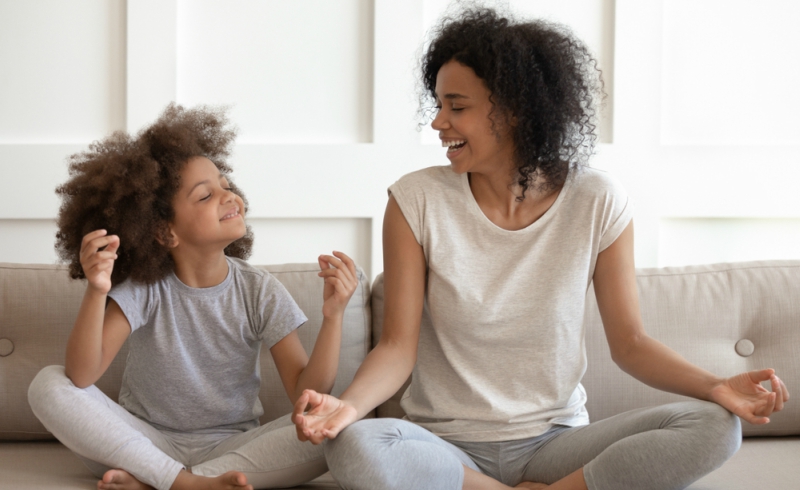 Everyone seems obsessed with mindfulness these days. It’s become a huge industry in its own right, with mobile apps, meditation retreats and hundreds of books being written on the topic.

In its simplest form, mindfulness represents the ability to be fully present and living in the moment without thinking or being distracted by the past, the future or external thoughts.

It’s a very basic human ability that we all have. Yet, it’s often so hard for us to activate.

I’ve been practicing meditation for several years now. I do about 10 minutes most mornings. I sit quietly, close my eyes, focus on my breathing. I try to clear my mind of external thoughts and just be still.

Sometimes it works and often, if I’m honest, it doesn’t. But I keep doing it anyway because too many people I trust swear by it.

I also believe that the habit of consistently meditating has benefits over the long term, even if they aren’t always obvious and very rarely are they “life-changing” in the actual moment.

If you’ve ever tried meditation or mindfulness practice then you probably know the feeling.

You understand what you are meant to do. Maybe a yoga teacher or a meditation guru has explained it to you. You may even have someone guiding you as you practice.

So you sit there and you try to focus on your breathing and just let your thoughts wash over you like waves on the seashore. Observing them but not succumbing to them.

Yet sooner or later, you realize your mind has drifted and you’ve started thinking about work, or what to cook for dinner, or some medial task you forgot to do yesterday. And just like that, the moment is lost.

But why is this simple concept of ‘being in the moment’ so difficult for us adults, yet it seems so simple for a child?

If you want to see what living in the moment looks like, all you need to do is watch a child at play.

Recently, I’ve been observing the way my one-year-old son plays. He’s now reached the age where he is starting to explore things and decide for himself what he wants to do next. This is known as ‘child-led play’.

He becomes entirely focused on the most minute detail of what he is doing. He’s not distracted by anything else that is going on around him and he’s definitely not thinking about the past or the future. He’s completely living in the moment.

The 3 types of play for children

1. Adult-led play: activities which are organised and led by an adult.

2. Adult initiated play: activities set up by adults which children then play by themselves

3. Child-led play: when children have full control over what and how to play and who to play with.

TIP: Your best chance of witnessing flow is during Child-led play. You can still participate, but you let them set the rules.

I’ve observed the same behavior in older kids as well. Maybe they are working individually on their coloring book, or as a team to build a dam out of rocks in a river bed.

Whatever the task is, they let their imaginations run wild, but they are completely lost in the moment. It’s beautiful to watch.

This heightened state of being is what Hungarian Psychologist Mihaly Csikszentmihalyi has termed “ flow” and he’s written an entire book on the subject.

Csíkszentmihályi most succinctly defines flow as “the holistic sensation that people feel when they act with total involvement.”

“… being completely involved in an activity for its own sake. The ego falls away. Time flies. Every action, movement, and thought follows inevitably from the previous one, like playing jazz. Your whole being is involved, and you’re using your skills to the utmost.”

Mihaly Csikszentmihalyi (describing “flow” in an interview with Wired)

Flow is a mental state and an emotion that we are all capable of experiencing. It’s something we should strive for, as it’s potentially one of the secrets to true happiness.

But for most people, we struggle to find ways to live in the moment, let alone achieving a state of flow.

People go to extraordinary lengths and often large expense in an attempt to discover mindfulness. Yet, the answer is much simpler.

As parents, we have an advantage. We don’t need to spend thousands of dollars flying to Bali for a two-week silent retreat. Who’s got time for that anyway?

In reality, the best tool you have to help you live in the moment is right in front of your eyes, it’s your kids.

Let your child be your guru

Next time you are feeling stressed and in need of some mindfulness, just take a moment to observe your kids at play, whatever age they may be.

Better still, put your phone away and get completely involved in their world. Let them draw you into it. Let them lead the way.

As Eminem would say, “lose yourself….”

If you do this well, then before you know it you will have forgotten about external distractions and you too will be living in the moment.

You see. Mindfulness is not so hard after all.

But it took my one-year-old boy to teach me that.

Blogger, father and founder of TheDadTrain.com, where I provide articles and ideas and on self-improvement, relationships and parenting (for dads).

FacebookTweetPinEmailShares168
wpDiscuz
0
0
Would love your thoughts, please comment.x
()
x
| Reply
Share this ArticleLike this article? Email it to a friend!
Email sent!