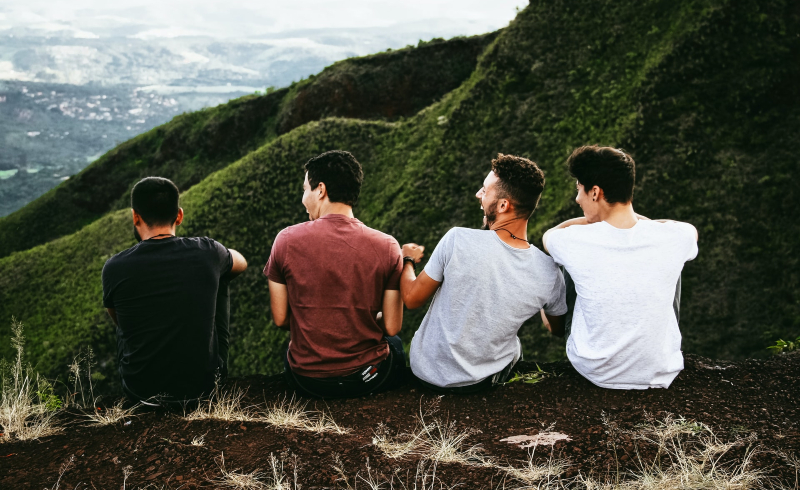 Are we all MAGA great as we can be?

Yesterday, we visited with close friends we love. They were entirely distracted watching a foot ball game. We were distracted, too. We were working on a bird and bat habitat project to do our teensy bit to protect our vanishing wildlife on our burning world.

While this was going on, the trees in Sequoia National Park were threatened with fire.

Seemingly, unrelated, huh? But when one realizes that the General Sherman tree was named for a man who helped save the United States of America from its worst abuses of original sin: slavery, racism, and inequality, it should mean something to people.

Even more than that, the General Sherman tree is almost 3,000 years old! That’s way, way back folks, back to a time when America was truly great because it had not yet been colonized. If we were to truly MAGA great the place, going back to General Sherman’s seedling-hood would be a nice place to start. Imagine it.

And, of course, that General Sherman was named for a manly, man’s man patriot and soldier also has something meaningful to teach us. Maybe.

What has any of this to do with Bro culture? Standing by and observing some of the football game, a touchdown was scored. Joe, our host, (let’s call him that) erupted from his easy chair in ecstatic enthusiasm and cheering. We stood there, somewhat befuddled, what was so exciting? We were totally lost, to be honest. Eventually, hubby said wryly “Go sport’s team.” Meaning he was underwhelmed, but trying to be a good “sport.”

Joe didn’t notice. Later, they sort of “bonded” over talk about cutting blades, chain saws, best tools for the “big” job and what I thought of as being sort of “bro-ish.”

Joe’s partner stayed busy in the kitchen, preparing the food, being wife-like, and hostess-like. Among other things, she and I chatted together about why a woman can’t comfortably wear an “All Aboard” skate board hoodie that she wanted to give away.

Why not? Because a woman wearing an All Aboard logo would instantly be sexualized in ways a dude on a skateboard would not.

We later watched a movie where heroic he-men were saving the day, but doing so with mild put-downs and wise-guy patter. There were also identifiable guy gestures and fratty, high five type stuff.

But on the way home, my husband sighed. “I hate bro culture,” he said.

“What even is bro-culture?” I asked, not entirely sure of what he meant.

I was surprised to find out that my husband felt a bit excluded, maybe pressured to conform, vulnerable even.

Wow. The whole time I had been thinking something along the lines of “Guys are such guys.”

And, here he is, feeling not quite “guy” enough.

This got me thinking about the larger context of every mess we’re in and every consequence of pretending we recognize one another when the truth is almost all of us are sort of lost in social expectations that are more rigid than loose, yet, more undefined than clear.

Men and women often marry one another. They choose each other and have families complete with homes, mortgages, roles, and often, children who grow up and repeat the whole lather.

Many have often questioned whether we are even of the same species. We have little in common since I would rather re-purpose a chain saw into a weird lamp than hear its snarling power of raw aggression. A chain saw can turn a tree into a pile of firewood and sawdust, and I cannot imagine enjoying such power as anything but a tragic necessity of our burning, polarized, 21st century.

Why do we need chainsaws? Oh yeah, for prescribed burns (fire-breaks) because we broke the planet with manly mining of oil, coal, gas, and other toxins.

Later, after reflection, I felt such amazing tenderness for my husband. I think he is grateful for Joe, and also kind of wary of him all at the same time. He eschews sports and super hero movies. He would, I think enjoy a night out with the boys, but that is as rare as General Sherman trees.

I feel lucky that he watches “meaningful” films with me and only slightly sneers when it’s a “chick flick.” Yet, at the same time, I wonder why must everything become so binary, so polarized, and if it’s associated with tender human sentiment, why is that considered so “girly?”

Let’s muddle through this whole mess together, I guess. Men, women, bros, gal-pals. Maybe someday human beings can be open enough to have friendships across all manner of our identities, and that would be beautiful.

And if General Sherman survives, maybe we will be inspired to find a way for our species to survive another 3,000 years, ourselves.