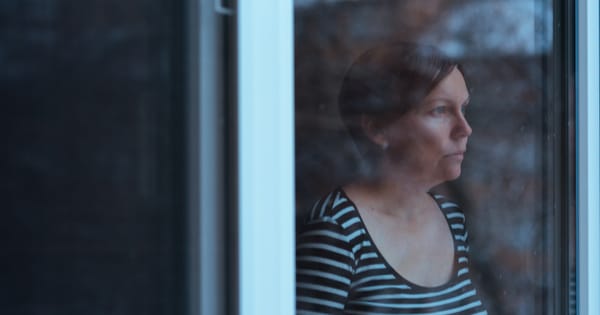 I wasn’t even aware that C-PTSD was a thing until I saw it listed on one of my diagnostic summaries. I was surprised to find out that it accurately encapsulated the collection of symptoms and behavior patterns I had established because of my severe childhood trauma.

C-PTSD is a psychological stress injury and a natural response to repeated and prolonged physical and/or emotional trauma or neglect. Often, the victim is held in a state of captivity with little or no control over their situation, with no foreseeable hope for escape.

Some examples of these situations include:

I have heard C-PTSD described as “the cancer of mental illness” because those who suffer tend to go in and out of states of remission, and few fully “recover.” I’ve been informed by more than one counselor that a large majority of extreme abuse victims end up psychotic or dead as a result of their psychological injuries. It’s heartbreaking to admit that this has been the case for victims in my own family.

While it’s true that survivors of traumatic abuse can be more difficult to diagnose and treat because of our complexities, the fact is, most professionals aren’t specifically trained to diagnose or treat patients who suffer from these types of complex traumas.

As a result, victims can end up slipping through the cracks of the mental health system misdiagnosed, over medicated. and tragically, misunderstood.

I have been there, but my innate stubbornness, curiosity, and connection to the universal Healer brought me to the right people at the right times.

Throughout my 30-year quest for happiness and healing, I have been shrink-wrapped with a delightful myriad of diagnoses. (Seriously, I’ve heard everything from Generalized Anxiety Disorder to “possible Borderline Personality Disorder.”) Few of them were accurate, so I wasn’t always getting the support I really needed.

No disrespect to my mental health professionals. They were only leaning into the broken diagnostic system established and provided by members of the American Psychiatric Association (who attempt to organize shamed and abused people into tidy little diagnostic boxes).

C-PTSD is not tidy. In fact, it wreaks havoc on personal relationships because it is established within a personal relationship, and many times, the abuser is the victim’s primary caretaker and/or family member who they look up to and rely on for their survival and support.

My trauma began early, and continued into my young adulthood. When abuse is severe and ongoing, children learn easily how to disconnect from their bodies, so the overwhelming and traumatic experiences can be physically and mentally tolerated. This disconnection process is called dissociation.

During dissociation, parts of the brain go “offline,” and the memory of the traumatic event becomes splintered. When this occurs, the memory can’t be recalled as a narrative. Instead, it is remembered in fragments. As a result, the victim may recall only certain smells, sounds, visions and/or body sensations experienced during the actual event, but not the event in its entirety.

When the body-mind recalls the trauma later, the splintered memories seem to appear “out of nowhere” with no linear story attached to them.  The recalled smell, body sensation, auditory and/or visual “hallucination” (if you experience them, not everyone does) can be terrifying and can cause extreme anxiety. Even more disturbing, these stored memories can be dislodged anywhere, at any time, and without warning.

This is the nature of PTSD.

Dissociation is especially common in children who have been sexually abused. In this case, there is often no memory recall until years, or even decades, after the event took place.

This is only a brief explanation. You can learn more about dissociation here.

The residual effects of child abuse can be confusing and traumatic for decades after the devastation of abuse.

I was taught from an early age to discredit my experiences (“That never happened!”) ignore my body (“You’re so sensitive”) and second guess my intuition (“But he seems like a nice guy”).

I became a stranger to my own body and eventually ended up blocking and numbing out everything; including joy, happiness and many other positive emotions and sensations, like pleasure.

I tried to run away at five years old, but never left the backyard after realizing there was no place to go.  By age eight, I was already displaying the flat affect that accompanies depression.

I can clearly recall my father standing in my room and asking what was “wrong with me.”  After calmly stating I was depressed, he matter-of-factly replied I had no right to be depressed. He then turned and walked out of the room.

His blatant disregard for my well-being, along with my mother’s duplicity and deep denial, was the perfect recipe for a brain full of doubt, fear, and sadness. With no way out, I did what victims do; I absorbed the lies, beliefs, and behaviors of my “all powerful” abusers. I believed I was defective, and my life-long search for a rescuer began.

It was easy to see how this put me on a well-worn path to self-destruction. I felt hopeless and utterly helpless, living in a programmed state of struggle, lack, and victimization. I battled eating disorders for more than two decades. My complacency and self-hatred finally came to a boiling point in my late 20’s, when I made two attempts to take my life.

In 1996, a proverbial brick in the form of my second (and final) suicide attempt, woke me up to the realization that my work here wasn’t done, and the Universe had no interest in celebrating my homecoming.

Things were about to change, and they certainly needed to for my sake, and for the sake of my children.

(If you think you are struggling with C-PTSD or know someone who might be, it will serve you well to research professionals who have been specifically trained to deal with complex trauma and dissociative disorders.)

You can read about my victory from victimhood in Part II coming soon.

Previously published on the here and reprinted with the author’s permission.

R. Jade McAuliffe is an author, coach, and poet. As the founder of No Parameters, an organization created to support women after trauma and loss, she believes in limitless living and the tenacity of the human spirit. Jade lives to nurture and empower wounded souls through conscious connection, sustained action, and creative collaboration. Her greatest accomplishments are her children who, collectively, are the wisest teacher she’s ever known. Websites: www.noparameters.org www.wakemefromthenightmare.com Facebook: www.facebook.com/noparameters

Facebook95Tweet1PinEmailShares96
wpDiscuz
Share this ArticleLike this article? Email it to a friend!
Email sent!