Get Daily Email
Join/Login CLOSE
Home / Featured Content / My Journey With Riane Eisler: The Future of Partnership in a Conflicted World 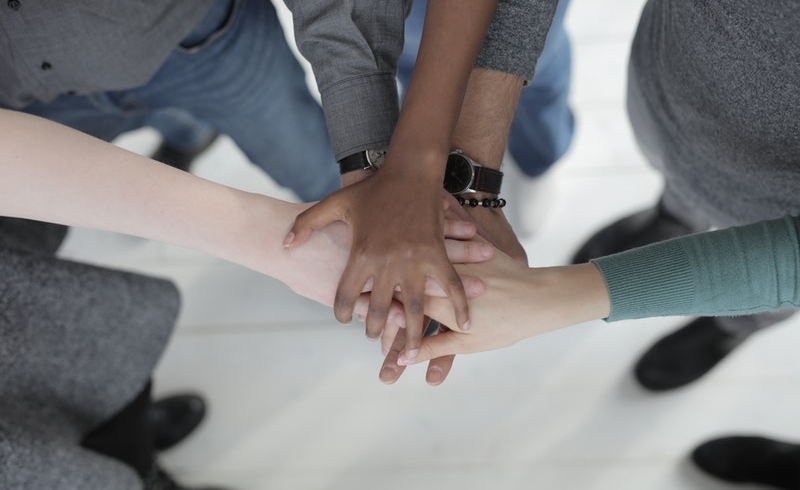 I first met Riane Eisler in 1987 shortly after the publication of her book, The Chalice & the Blade: Our History, Our Future. I remember discussing our views on the future of humanity and the healing that needed to occur between men and women. My first book, Inside Out: Becoming My Own Man had been published in 1983, where I described my own healing journey. At a time when many female writers were blaming men for the problems in the world, I appreciated that Riane understood that the problem was not men, but the system of domination that harmed both women and men.

When I first read these words in The Chalice & the Blade, I was moved by their simplicity, vision, and truth:

Underlying the great surface diversity of human culture are two basic models of society. The first, which I call the dominator model, is what is popularly termed either patriarchy or matriarchy—the ranking of one half of humanity over the other. The second, in which social relations are primarily based on the principle of linking rather than ranking, may best be described as the partnership model. In this model—beginning with the most fundamental difference in our species, between male and female—diversity is not equated with either inferiority or superiority.

Over the years her work has been featured in many of my books and articles. In The Warrior’s Journey Home: Healing Men, Healing the Planet, I quoted her words in describing our partnership roots in our evolutionary history. In numerous articles, her work was central to my understanding of the world we are in and the world we were moving towards, including:

I recently offered the first Diamond Certification and Training Program where Riane’s work was featured. Class members helped create an e-book with articles and reflections that featured her work: Survive and Thrive in the Post-Covid World: Your Guide for a Partnership Future.

A number of years ago I heard that Riane and her husband David Loye needed a ride to Ukiah where Riane was giving a presentation about The Real Wealth of Nations: Creating a Caring Economy. I offered to drive down, pick them up, and take them to the venue. It was a wonderful opportunity to renew our connection and for me to meet her husband. The day we spent together deepened my understanding of the depth and breadth of her ongoing work and to learn about the incredible work that David Loye was involved with including exciting new books he had written including:

The latter book about how Riane and David met, fell in love, and built a life together, touched me deeply. It showed the centrality of relationship in her work and in their lives. Their relationship paralleled my own with my forty-one-year marriage with my wife, Carlin. Our own story is contained in my book, The Enlightened Marriage: The 5 Transformative Stages of Relationship and Why the Best is Still to Come. Fortunately, Riane’s work is still evolving and deepening because the world needs Partnership now, more than ever.

Riane Eisler and David Loye: The Rest of the Story

Most successful people don’t share the pain and suffering they experienced on their journey and rarely do people share their trauma publicly. Riane and David, Jed and Carlin, are exceptions to the rule. In her recent book, Nurturing Our Humanity: How Domination and Partnership Shape Our Brains, Lives, and Future, written with anthropologist Douglas P. Fry,

Riane describes her traumatic past.

“When I was six, the German and Austrian Nazis took over my native Vienna,” says Eisler.

“My father was dragged off by the Gestapo.”

We can only imagine the fear she and her family felt and the trauma that resulted.

“My mother miraculously obtained his release and the whole family immediately fled to Cuba.”

She goes on to say that they were on one of the last ships before the MS St. Louis, carrying 930 Jewish refugees from Europe, was turned back by Cuban authorities. Because neither Cuba nor the United States nor any other country in the Western hemisphere let the St. Louis dock, it was forced to return to Europe, where many on board eventually died in Nazi death camps.

I can feel my own pain and imaging the guilt of having gotten out when so many others did not. But the trauma didn’t end there. At its core, childhood trauma results when we grow up in a situation where we didn’t feel safe. Although the family were not sent to the death camps, their lives had been turned upside down. “We had to flee Vienna at night with only what we could carry. Arriving in Cuba, we were plunged from affluence into dire poverty in cockroach-infested Havana tenements. We had to learn a new language and experienced equally radical changes in beliefs and customs.”

In the book she summarized the impact.

“I was transformed by the Nazi’s anti-Semitic cultural narratives from a cute little girl whom people smiled at into a hunted and despised other.”

Like most people who experience trauma at a young age, we grow up. We do the best we can to heal and do good in the world. But often where the wounds have the most effect is on our adult relationships.

David’s early life was not as traumatic as Riane’s, but like many of us, he had his share of “adverse childhood experiences.” Like Riane, he had been married and divorced and had despaired at having a healthy committed relationship. Yet, they found each other and had learned enough about healing from trauma to bring the best of what they were to their new relationship.

I’ve written a lot about the impact of Adverse Childhood Experiences on our adult relationships in The Enlightened Marriage. If you’d like to learn more about my upcoming courses on The 5 Stages of Love, drop me a note to [email protected] and put “5 Stages of Love” in the subject line. 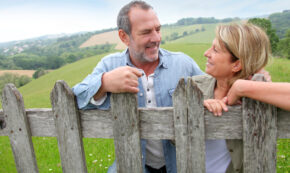 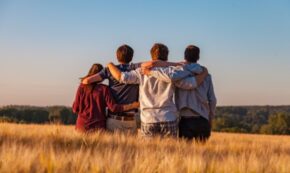 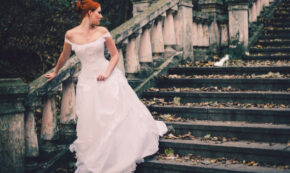 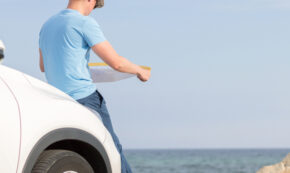 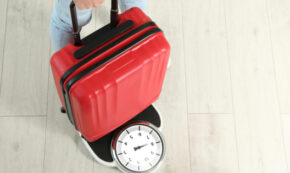