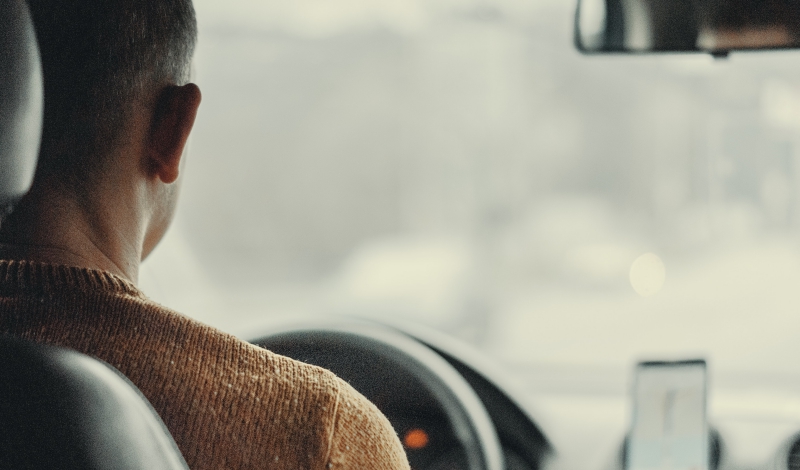 “This area is no good my friend.”

I knew a line like this was going to drop from his rough, low-pitched and oppressive sounding voice. Think that’s an exaggeration?

The first thing he said that broke our sweet, 30-seconds of silence at the beginning of the ride was “girls are wild, bro.”

It Was My First Time in New York

I was embarking on my first solo trip from Toronto to New York fresh out of university. This was the type of trip where one might say, you find yourself? I was eager to get out of the city I spent my entire life in so I depleted by bank account and booked that my flights.

Did I mention that I hadn’t come out of the closet yet?

Although Toronto is a major city, it was also a place where I had family, friends and people who assumed I was heterosexual. This was now my chance to experience a four-day awakening. Exploring a city that famously started the revolution for LGBT+ people and getting us many of the freedoms we enjoy today. In the 1950s this started with the Stonewall riots and now New York City is known globally as a place where you can be whoever you want without the fear of harm.

Needless to say, I was excited for the opportunity to have a weekend where I could be myself and at a relief, where no one knew me.

So, I hopped on that flight. 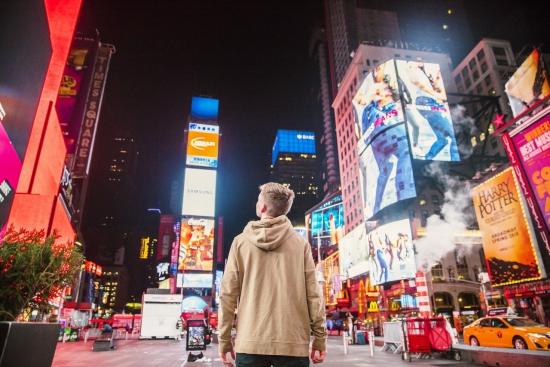 Photo by Joshua Earle on Unsplash

After spending my second day biking the entirety of Central Park, roaming the Museum of Modern Art and experiencing the quintessential $1 pizza at 2 Bros Pizza (multiple times of course), I decided to try out the nightlife.

I showered, shaved and put on an outfit that I knew would give me a confidence boost because you better believe I was full of social anxiety.

I called my Uber.

A Ride to Remember

His car pulled up quicker, and louder, then I would’ve expected. It was one of those cars that you could hear coming from far down the street and all heads would turn in that direction. Did I call an Uber Black? The ones where you have to may more for a fancier ride by mistake? Yikes.

Too late. I was already two drinks down from the bar in my hotel and ready to have my gay awakening.

“For Nolan?” I asked even though I had already installed myself in the car. He responded with a masculine, expressionless head nod and we were on our way. Not a minute later he said it. “This area is no good my friend”. This time, I had to respond after previously staying in silence after his “girls are wild, bro” comment. “What do you mean?” I said.

According to the Pew Research Center, their 2019 results show that “43% of American men still have negative attitudes towards same-sex couples.”

I’m not going to pretend I remember every line that came out his mouth that night or exactly how I reacted but I will always remember the following. As we were approaching the bar I looked up on Google just minutes before I left the hotel, he said that this area makes him sick.

I was shocked, anxiety-ridden but responsive. I asked him why he would think so in a tone I’ve never used before. I was far from heroic, as I was intensely introverted at the time (and still am), but I remember this moment well because he said that this type of thing was against our religion. Eluding to him and I sharing the same beliefs based solely on how I looked.

The ride was 6 minutes.

I wondered why the conversation couldn’t naturally have been about the weather, making the world a better place or him using Uber as a solid side-hustle? Something productive, or at a minimum, non-derogatory.

Are we as men still under the presumption that our masculinity is to be validated or elevated when we bring down other people?

After that night, and for many nights after that, I did some thinking.

Does small talk between grown men need to be a continuation of college locker talk?

In general, topics of small talk vary between those who identify as men and those who identify as women. The Education Digest suggests that women are more likely to include compliments or words of affirmation in their dialogue while men are more likely to include put-downs. Both, interestingly enough, could actually be ways that men and women try and build common ground or solidarity with each other.

Was he just trying to be friends with me?

Potentially. With the research presented on how men and women’s small talk conversations differ, I wouldn’t be surprised if he thought that slandering another group of people would get me in his good books. Even if it was just for a 6-minute ride.

Moreover, I could infer that if I were to have agreed and gone along with his commentary, it might reward him with something more tangible.

Money. More specifically in the form of tips after the ride ended or with reviews directly on the app that would boost his score. Why would he want this so badly? Uber actually has been said to have a whole slew of ways to entice drivers to do better.

So do I now blame heteronormativity or capitalism for him speaking ill of the LGBT+ community? The truth is I don’t have the answer as it could’ve been due to a variety of factors. What I do know is that if the LGBT+ community still feels unsafe in many areas of the world in 2020, instances like my Uber ride could still be happening today.

Do We Do Anything About This?

Absolutely. This experience allowed me to realize that even the most accepting cities in the world can still have people that are against you for being you.

Negative beliefs and actions that we normalize from our youth can have an impact on our future actions.

Let’s continue calling out behaviour that is unacceptable and make the world a safer place for all.

Facebook6TweetPin4EmailShares10
wpDiscuz
0
0
Would love your thoughts, please comment.x
()
x
| Reply
Share this ArticleLike this article? Email it to a friend!
Email sent!