Get Daily Email
Join/Login CLOSE
Home / Featured Content / Nabokov’s Letters To His Wife Span 50 Years. I Read Them All, And This Is What I Learned About Love 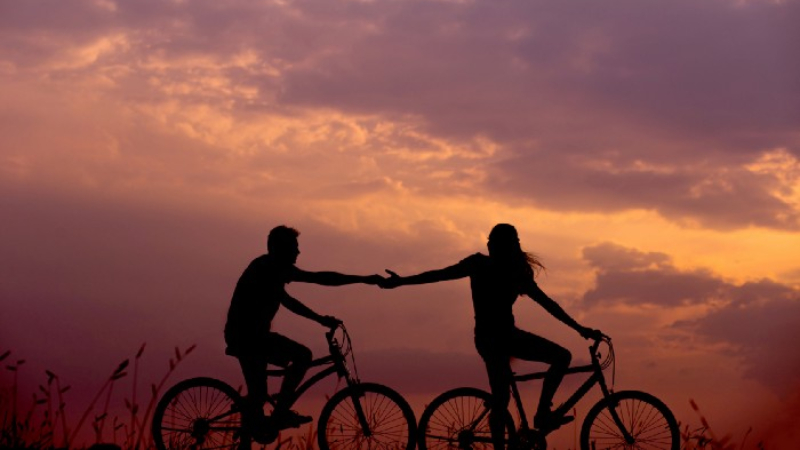 Recently I read Nabokov’s Letters to Véra, a definitive lengthy tome of the writer’s correspondence to his wife spanning from 1923 to 1977. It’s edited by Brian Boyd, and he does a wonderful job providing context to those of us who are less informed about Nabokov, like me. Boyd tells us that they met at a masquerade charity ball in Berlin, in May 1923, and the young Vladimir was enraptured at the first sight of her. They married on the 15th April 1925, and their first and only son, Dmitri, was born on the 10th of May 1934. Whilst Nabokov’s letters are, on the most part, lengthy and full of high praise and approbations towards his spouse, Véra’s letters haven’t been published; she destroyed them, being an intensely private person.

Beginning it, I realized that this marriage, spanning more than half a century, could probably teach me a thing or two about love. Finishing it, I felt assured in my first impression. It was a beautiful collection of letters, that were most certainly love letters — realistic ones, at that, but love letters all the same. While it wasn’t a perfect relationship — his affair with a dog-groomer in Paris in 1937 led to the other woman’s arrival in Cannes, where Véra made him choose between them (he chose, obviously, Véra) — there’s a lot of love there. In view of that, here’s six of the lessons I’ve learnt from Letters to Véra.

My Mum always says that, when she is going through something with my Dad she asks him “are we an effective team?” If the answer is no, it’s probably because something is going wrong with how you’re operating. Relationships are teamwork. Véra was more than just his sidekick; if anything, she was probably the Batman to his Robin. She supposedly carried a gun to protect Nabokov when he shot to fame after publishing Lolita, and she acted as his muse and his inspiration. In his second letter to her, dated the 8th November 1923, he tells her ‘I cannot write a word without hearing how you will pronounce it — and can’t recall a single trifle I’ve lived through without regret — so sharp! — that we haven’t lived through it together — whether it’s the most, the most personal, intransmissible — or only some sunset or other at the bend of a road’. She was his touchstone.

She was not only his typist, but she was his translator, his fact-finder, his editor, and he famously said he would have been nothing as an author without her. There’s a letter where he proudly tells her that, the night before, he had read from one of her recent letters to him to his friends, and they had all remarked that they understood how he wrote so beautifully (she, being so private and clandestine, would probably have hated that). He asks for her opinion on a vast array of topics, including publishing contracts, writing, how to translate certain words, poetry, other writers, and he even asks her, in a letter of the 14th of October 1942, to help conduct with him ‘a small experiment in telepathy. Focus and try to tell me which two pictures are hanging in my room? Do it right away because I will tell you in my next letter’. Absolutely brilliant.

2. Sometimes you infuriate each other, and that’s okay

Their correspondence was notably one-sided; she rarely writes to him, while he tells her of his every movement. They differed in their outlooks, too; she seems to have been the more morose of the two, whilst he seemed to have a rather sunnier disposition. He never tells her to be different; he tells her that he loves her as she is (more on that later).

One of his letters starts ‘I’m so cross with you that I’ve begun this letter without a salutation.’ He worships at her feet, and she refuses to return even a word by way of post —for a writer, the ultimate rejection. His letter of the 29th of June, 1926, begins ‘you haven’t written for ages. You haven’t written for ages. You haven’t written for ages. My darling…’, and he later sarcastically exclaims ‘my darling, I am the only Russian émigré in Berlin who writes to his wife every day’. You can feel, by his tone, that he’s very angry, and this is something that crops up relatively frequently during their early letters. But they must either have found some middle-ground, or he became used to it, because it’s a far less frequent topic of discussion in the later letters. Sometimes you infuriate each other, and that’s okay.

3. It’s good if your morals align

Nabokov has a reputation as being a little bit of an arsehole, and it’s probably not without reason. He was quite rude about a number of his contemporaries. However, he did have morals which he stood by, and that Véra stood by, too.

In a letter from the 2nd of November 1932, Nabokov obliquely refers to “the Spiresco affair”. Intrigued by this, I took a deep dive into the footnotes to the letters (which are very extensive), in which Brian Boyd explains that this is a reference to Kosta Spiresco, a Romanian violinist who had allegedly drove his wife to suicide by domestic abuse. Her body had been found bruised and beaten. He had escaped justice, and continued performing music and enjoying the attentions of other women.

On 18 January 1927 Nabokov and his friend Mikhail Kamina, with their respective wives, went to visit a restaurant where the notorious domestic abuser was employed and drew straws to see who got to throw the first punch at the “ape-like” Spiresco. Nabokov won, unfortunately for Spiresco, as Nabokov was a keen boxer. Kaminka then fought the rest of the orchestra, who had sought to defend their colleague Spiresco. All three ended up at the local police station, where Spiresco refused to press charges, but instead tentatively suggested that he wished to fight the two friends again, in a duel. Nabokov and Kaminka gladly offered up their addresses, and supposedly waited at home for the next few nights, eagerly anticipating the next fight. Despite Spiresco sharing the first three letters of his name with the word ‘spine’, he quite blatantly didn’t have one, because he never turned up for round two.

We don’t know what Véra thought about this, but she doesn’t seem to have minded all that much.

4. Love their loved ones

Véra’s cousin and dear friend, Anna (“Anyuta”) Feigin, is mentioned at the end of many of his letters; he sends love to both his wife and her cousin. They rented two rooms in her apartment for five years, and remained good friends for life. He ends many of his letters with ‘greetings to Anyuta!’ and his 6th February letter ends ‘I still want to write Anyuta a long letter, I have lots especially for her’, his 8th February letter containing information she had asked for — ‘dear Anytutochka, this is for you’. One letter speaks of how much joy he felt living with his wife and her cousin. Anyuta seems to have made Véra very happy, and that made Nabokov happy, too.

Nabokov seems to have realized that his wife was the most important thing in his world. Suffering from excruciating psoriasis, which he calls “my Greek”, he writes to her that “in February, I’d reached the border of suicide — which they wouldn’t let me cross because of you in my luggage”. She seems to have saved his life. I don’t think he ever forgot that. We can see that in the little notes he leaves her, such as his note to her, dated the 15th of April 1970. This one, Boyd says, was probably accompanied by flowers, and said ‘forty-five springs!’ Springs here could also mean summers, Boyd explains, ‘in the genitive plural’; meaning ‘forty-five spring-like years’. From what we can see in his letters, the Nabokov’s tried hard to appreciate each other. The beginnings of his letters are tinged with delight and joy for his partner; he calls her “Lumpkin”, “Tufty”, “Pupuss”, “Kittykin”, “monkeykins”, and even “Long bird of paradise with the precious tail”. He starts his letter of the 10th of May 1937 with ‘my dear happiness, I was so worried, your little card arrived only today’.

The fact that they continued showing each other this level of appreciation is admirable. It’s easy to forget how much someone means to you when they are by your side all the time. You almost forget how important they are to your daily life, because they are in it so much. On his 8–9th of April letter, he writes ‘thank you for your call yesterday, my radiance. Love you. Have you found my note in your box of allenburies?’ The fact that they still left little notes to each other to find, even when they were old, is just so adorable, it warms my heart.

6. Love them as they are, not as you want them to be

Nabokov’s letter of the 9th of November 1942 encloses the lines ‘I love you, my darling. Try to be cheery when I come back (but I love you when you’re low, too).’ Loving someone when they don’t feel like the best version of themselves is really important.

When I first started dating my now-boyfriend, I worried that he wouldn’t want to be around me when I was sad. I would make little excuses to be alone when I felt sad, so that I could just experience that sadness and not feel like I had to hide it. I get sad often (I relate to Véra a lot). Now, I’m much more honest — you have to be, when you’re living with someone. I asked him only a few weeks ago if he liked me more then, or now, and a big smile flashed across his face. He said that he liked me just as much, but he felt like I was always holding something back, then, and now he feels that I’m not. He likes. that I’m just myself around him, and he said that makes him happier. I thought that was lovely.

Are you a writer who is looking for ways to improve your writing, expand your reach, and monetize your craft?

and receive guidance to help you achieve those goals!

Whether you have never been published or are a seasoned professional, we welcome all experience levels!

Learn more on our Patreon page.</spa 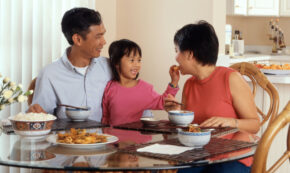 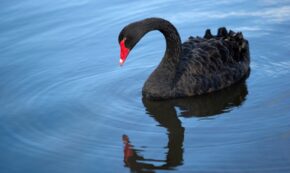 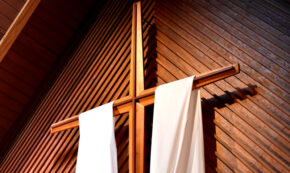