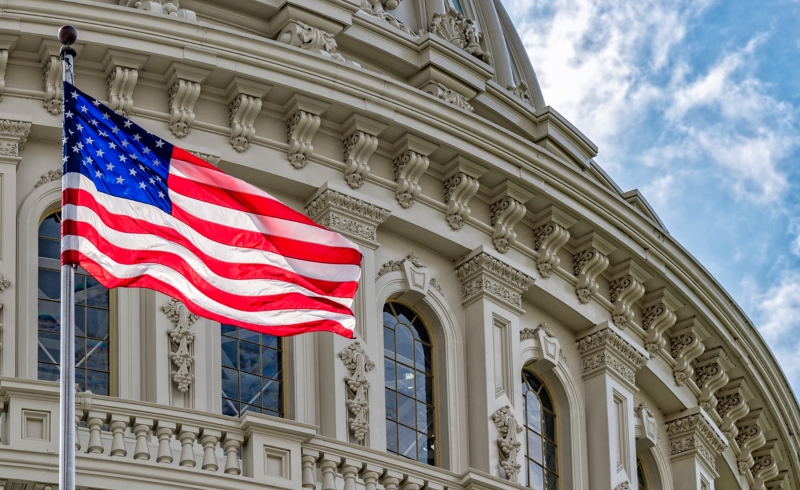 Marjorie Taylor Greene’s Republican congressional primary win in Georgia ensures, in all likelihood, that the heavily Republican district will be represented by a QAnon conspiracy theorist in the 117th Congress.

But Greene was just one of several primary candidates who embraced the conspiracy, which coincides with the trend of “Q” paraphernalia appearing at Republican rallies.

The conspiracy originated in 2017, when a mysterious poster named “Q” began posting to the internet message board 4chan. Q soon amassed a following, but it wasn’t until the pandemic that its popularity exploded. Q’s near-daily posts detail the existence of a satanic cabal of pedophiles that secretly control the government and other institutions. They promise that the enterprise, run by Democrats and celebrities, will soon be taken down by Trump.

This may sound like a new development – some might say a new low – in American politics. But it isn’t the first time candidates have promoted conspiracies as part of their platform to win seats in Congress.

In the 1820s, an anti-Masonic conspiracy theory dominated politics in the Northeast. It even birthed a political party, the Anti-Masonic Party, which ended up holding its own presidential convention and nominating the United States’ first third-party candidate.

The Freemasons was founded as an upper-class fraternal organization in early-18th century Britain. Membership quickly grew, and many influential American politicians and thinkers – including Benjamin Franklin, George Washington and Paul Revere – joined the ranks.

Its secretive nature, elaborate rituals and the wealth and power of its members made the Masons fodder for conspiracy theorists from the start. Because it often challenged the power of the church, conspiracies against the Masons have tended to frame the group as anti-Christian or even satanic.

In 1798, British author John Robison published a text arguing a secret cabal of Freemasons had formed a group called “the Illuminati,” which peddled a philosophy of “cosmo-politism” bent on subverting all religions and resisting state authority.

In the United States, anti-Masonic fervor took hold following the disappearance and presumed killing of a Mason, William Morgan, in the 1820s. Morgan had vowed to publish a book exposing Masonic secrets. Local members urged Morgan to stop the book project; when he refused, they had him arrested for a debt of under $3. After being released on bail, he was never seen again. It was widely believed that local Masons killed him to in order to prevent him from publishing their secret rituals.

Anger at the purported killing and cover-up led to widespread criticism of secret societies and to the formation of a new political party, the Anti-Masonic Party. Running on a platform against corruption, immorality and elitism, the party won 15 state legislative seats in 1827, and its ranks swelled thanks to an organized media campaign. At one point, party backers were publishing 35 weekly newspapers and dozens of party members were elected to Congress in the 1830s.

The movement was most popular in the Northeast, especially in areas that had been heavily impacted by evangelical revivals. Evangelicals were drawn to its critique of sinful behaviors, while members of the working class liked the party’s anti-elitist rhetoric.

During the presidential election of 1832, the Anti-Masonic Party opposed President Andrew Jackson, who was a Mason, and had planned to support his opponent, Henry Clay. But after members found out that Clay was also a Mason, the party went on to back a third-party candidate, William Wirt. The anti-Masons hosted their own convention, and Wirt received 8% of the presidential vote.

After the election, the Anti-Masonic Party merged with former Republicans to form the Whig Party, which would become a force in American politics for several decades. A number of prominent Whigs, from former President Millard Fillmore to former New York Gov. William Seward, were originally members of the Anti-Masonic Party.

Investigative journalist Chip Berlet, who has written extensively about the spread of conspiracy theories, has pointed out that many of the conspiracies tied to American politics contain similar threads. Everyday Americans tend to be “held down by a secretive group of wealthy elites” who manipulate “corrupt politicians, mendacious journalists, propagandizing schoolteachers and nefarious bankers.”

Like the anti-Masonic conspiracies, QAnon followers believe that a secretive group of elites is secretly controlling social institutions for satanic ends. The conspiracy also portends a “Great Awakening,” during which the masses will finally grasp the existence of the depraved cabal and bring it to justice.

The Anti-Masonic Party understood the importance of leveraging the media in order to reach a wider audience. Likewise, QAnon adherents have used social media platforms as digital megaphones. Facebook and Twitter recently banned QAnon groups and content, but only after their platforms helped the movement grow exponentially. A recent study conducted by Facebook found that QAnon-affiliated groups on the platform had millions of members.

There’s an important difference between the two conspiracies, however. The Freemasons are actually a secret society. Their influence may have been overstated, but they nonetheless represented an actual group of people, many of whom have held positions of power.

The cabal described by QAnon loops in individuals who have long been targeted by conspiracy theorists, from George Soros to Jeffrey Epstein. Anyone, really, can be accused of being part of the satanic ring, and it becomes that much more difficult to argue with the conspiracies to either prove an individual’s innocence or disprove the conspiracy.

Political scientist Michael Barkun describes conspiracy theories as “stigmatized knowledge,” in which attempts to invalidate the claims only reinforce the beliefs among followers, who see these efforts as proof that those in power want the theories muzzled. This is the same impetus that no doubt helped transform the unsolved mystery of William Morgan’s disappearance into a nationwide political movement.

QAnon discussions frequently blame the mainstream media for intentionally discrediting them in order to prop up the cabal. Under a YouTube video explaining Q, one commenter wrote, “‘Conspiracy Theory’ is CIA-speak for ‘Uh-oh! They KNOW!’” A poster on “Q Research Forum” wondered “where is the journalist who will do a ‘what the [mainstream media] won’t tell you about Q’ story?”

A 2019 Emerson poll found that 5% of Americans believe in QAnon. This might seem like a small number. But elections can serve as important platforms to expand movements. At their most basic level, they expose more voters to individuals who hold certain beliefs and ideas.

Even a small group of motivated conpiracists can have an outsize effect on broader society, as in the anti-Masonic Party, and increasing representation in elected officials can end up legitimizing fringe beliefs. This is particularly true if those politicians, like Greene, are maligned by both the media and the political establishment.