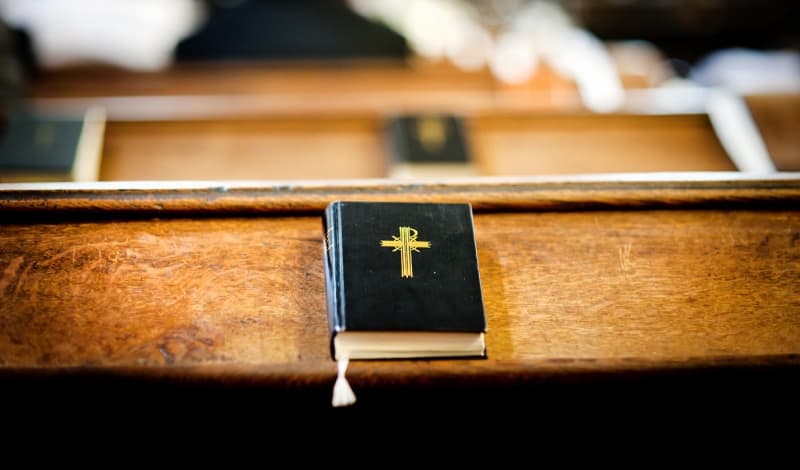 “The Bible says so.”

It is a phrase often used by lazy Christians, usually at the end of some argument over ethics or theology, most often when the argument is already lost. In one final desperate play, they bring out their “Bible-says-so,” trump card as if the phrase itself settles the matter.

What the speaker of such a phrase doesn’t realize is what they are actually saying is this: “My interpretation of an ancient Jewish manuscript written in a completely different time, culture and context to my own, is the one, true, interpretation and there is no room for debate on the matter.”

On the rare occasion that a person actually has an informed and educated position on their interpretation of the Bible, does that give one greater reason to accept a statement like, “The Bible says so,” from that person? I think not. And there is a simple reason for that. Historically, the Bible has been used to justify all kinds of atrocities and human rights injustices at the hands of supposedly learned men (yes, usually men) — Biblical scholars who, despite their apparently wisdom, somehow managed the massage the Bible to mean something that was never intended.

To everyone who has ever tried to justify their position using the phrase, “The Bible says so,” here’s some food for thought. Once upon a time, people thought the Bible approved of many things that we now find completely abhorrent and unacceptable. Don’t believe me? Here are a few examples:

Most Christians find it incomprehensible that during the nineteenth century the best theologians in America, with Bible in hand, argued that slavery was instituted by God and approved by him. Here are some common arguments made by Christians at the time:

Today, virtually all Christians believe that the Bible in no way endorses slavery. Yet, once upon a time, with respect to slavery being acceptable, Christians were saying, “The Bible says so.” What changed? Did the Bible change? Or did the interpretation of the Bible change? 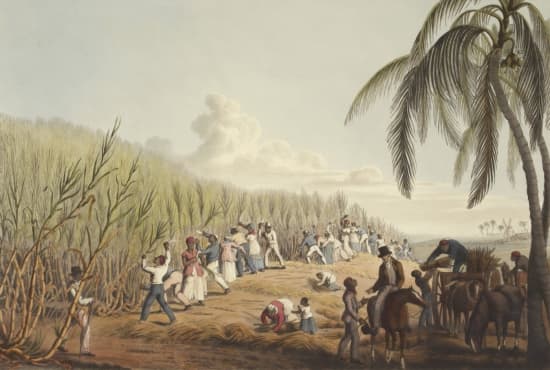 Photo by British Library on Unsplash

Apartheid is fine with God

We see very similar arguments used to justify Apartheid in South Africa in the 20th century. Educated and apparently godly Reformed theologians developed a compelling biblical case for apartheid — apartness. They were convinced that the Bible supported the separation of the races, insisting that their policies were pleasing to God. Here are some of the Biblical arguments they used to defend their position:

Later in the 20th century, in the face of growing international concern about white rule, the best Reformed theologians doubled-down and gave themselves to the task of developing biblical support for racial segregation. They argued that the Bible taught that humankind, by the will of God, was separated into different races that should each have their own lands. “The Bible says so,” they said.

Of course, not every South African theologian considered Apartheid to be endorsed by the Bible. In 1960, ten leading Reformed Afrikaner theologians published a number of academic papers condemning Apartheid and the claim that the Bible endorsed racial separation. They were put on trial for heresy, found guilty, and denounced by the prime minister, Dr. H. Verwoerd, himself a theologian.

Image by WikiImages from Pixabay

Torture is No Problem

Most Christians consider the Inquisitions a blight on Church history, but in the middle ages, the proponents of this church-sponsored torture-fest, considered themselves to be doing the Lord’s work, purging evil and stamping out heresy. And they had a Biblical mandate to do it as well:

And well… because the Bible says so, the Catholic Church regularly used torture during the various Inquisitions, to identify heretics and also to forcibly convert Jews and Muslims to Catholicism. What resulted was the imprisonment of hundreds of thousands of people who were persecuted and incarcerated, leading to an estimated 32,000 executions.

There is a common thread that runs through the three examples above and it’s this: Based on their interpretation of Scripture, certain people, at certain times in history committed certain atrocities believing that they were acting in accordance with the will of God. They acted in certain ways because they believed, “The Bible says so.” Now, we look back on these atrocities and see them for what they truly are.

This raises troubling questions. When people in the future look back on Christians now, what will cause them to shake their heads in disbelief? Will it be our blatant mistreatment of the LGBTIQ+ community? How many self-appointed protectors of the truth have gone to town on these poor folk, brandishing the Bible like a weapon of mass destruction? “Homosexuality is detestable to God… the Bible says so!” They declare with gay abandon.

What other actions and inactions that the church has justified using the Bible will people look back on in horror? Will it be our lack of response to institutional child sex abuse? Will it be our climate change denial? Will it be the misogyny and sexism that still runs rife within the church system? Perhaps, all of the above? 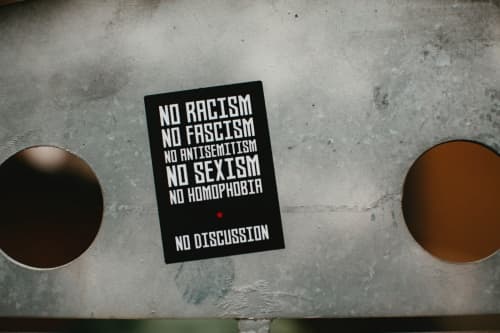 Never Trust the Person Who Says, “The Bible Says So”

There is a pretty simple reason why I will never trust the person who says to me, “The Bible says so.” Here it is: The Bible hasn’t changed BUT our interpretation of the Bible certainly HAS. What seemed perfectly acceptable at one time, now seems morally reprehensible. So, how do I know that what you say the Bible says isn’t subject to a change in interpretation in the future?

Moreover, how would you explain that change?

You could mount a case for either the Bible being wrong, or the Bible being right and people being wrong. However, perhaps that is to miss something important about the trajectory of human history. As time goes by, as a society, we tend to weed out oppression, injustice and human rights abuses, calling them for what they are. Now, one could argue that this is merely the result of our own moral progress, but what if this is actually the revelation of the heart of God for humankind, as it unfolds throughout human history?

Perhaps the real meaning of the Bible is found in the sum total of what it reveals about the nature of God — namely that God has a redemptive plan for the world that culminates in a time when the old order of things has passed away and there will be no more death or mourning or crying or pain. When you pull out of the Bible a verse here and a verse there and try to justify a position by saying, “The Bible says so,” you miss the overarching narrative of the Bible which is an overwhelmingly hopeful and beautiful message.

This post was previously published on Backyard Church and is republished here with permission from the author.
—