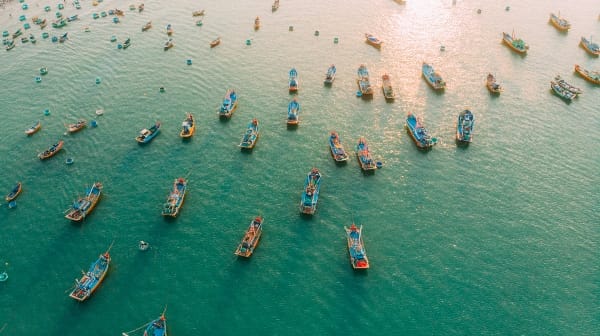 As the third session of BBNJ negotiations starts in New York, Essam Yassin Mohammed makes the case for a global ocean treaty that is fair and equitable for everyone.

This week, UN member states begin the third round of talks on an international law for governing life in the high seas.

Surprisingly, there is no global mechanism that governs this area of water, which lies more than 200 nautical miles from all coasts—commonly known as the high seas or international waters.

After more than a decade of discussions defining the scope of a future treaty, in December 2017 the UN decided to hold formal negotiations to develop its text. After agreeing the agenda for the UN Convention on the Law of the Sea on the conservation and sustainable use of marine biological diversity of areas beyond national jurisdiction (BBNJ), and making sure the necessary points to negotiate are included, there is now a risk that key elements may be overlooked this time.

Key among these is the recognition that the ocean as a whole is the common heritage of all humanity – now and forever. Currently, this applies to only the seabed as agreed in the Law of the Sea, but it does not go far enough. For the new law to be effective, it is crucial that it recognises and protects the ocean as a whole – not just the seabed, but the water column and the millions of species that live in the ocean. Anything else is unscientific.

Surprisingly, there is no law that comprehensively governs or protects the ocean as a whole. And the numerous agreements that do exist are limited to specific areas and often to a specific fishery. This piecemeal approach has failed to protect the ocean’s health and the coastal communities that depend on it for their livelihoods.

Because the ocean is interconnected, the high seas are critical to the life cycles of fish stocks, their development and migration, and for other marine flora and fauna.

Research from IIED and the UK’s National Oceanography Centre clearly shows that the women, children and men living in developing countries’ coastal communities are directly affected by activities that take place in the high seas.

Kirabati, Liberia, Somalia and Tanzania’s coasts are the developing countries that are most strongly connected to areas beyond national jurisdiction. And where my own country, Eritrea, is concerned, its Red Sea coastal waters are inextricably connected to the high seas in the Indian Ocean and all that happens in it.

To make sure the high seas have the protection they need, it is also vital that fishing is included in the new treaty. Huge numbers of migratory fish species are at risk of extinction. Tuna and other species that spend part of their lives in the high seas are particularly threatened. Ships from the ten richest countries, including Japan, South Korea and Spain, take more than 70% of the fish from these waters.

The existing UN Fish Stocks Agreement and regional fisheries management organisations designed to govern fishing have not been effective in stopping overfishing in the high seas. One reason is that the regional bodies are often responsible only for specific species, leaving many fish stocks at risk of exploitation.

They are also ineffective at monitoring and enforcing agreed regulations. These talks have the opportunity to recognise this and provide the necessary protection by enhancing the effectiveness of these regional bodies.

Sustainable, fair and equal access to the ocean’s resources also needs to be guaranteed. Developing countries are not destined to be eternally poor, but most do not have the financial or technological means to benefit from what the high seas provide. It is crucial the new treaty establishes a benefit sharing mechanism so that all nations are able to exercise their rights and duties to conserve and use the ocean sustainably.

This mechanism should be mandatory and encourage action to meet developing countries’ specific needs and create more integrated approaches to scientific co-operation, information sharing, capacity building and technology transfer. Moreover, establishing a trust fund, which a number of countries have proposed, can help ensure monetary benefits are effectively collected and disbursed.

This would enable coastal communities to build their capacities and become involved in monitoring the environmental health of the ocean. And they would be able to participate proactively in research and development, and sustainably use the high seas as a source for medicine, science and other genetic resources.

The equitable distribution of conservation benefits of the high seas should also be at the core of the negotiations. Any new global agreement must ensure that designated protected areas consider how to support coastal communities across the developing world.

The foundations are now in place for a new treaty that is fair and equitable for everyone. We cannot afford to keep the status quo.

This blog was originally posted on The Economist Group’s World Ocean Initiative website.

A version of this post was previously published on iied.org and is republished here with a Creative Commons  License .