Get Daily Email
Join/Login CLOSE
Home / Featured Content / On Civil Asset Forfeiture Reform, Transparency is a Good Start — But There’s More to Do 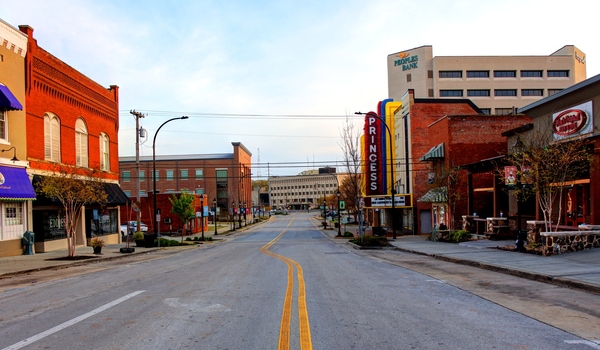 —
Civil asset forfeiture in Alabama lacks public accountability and tramples the property rights of thousands of people. Hundreds of Alabamians lose cash, cars and other property under this practice every year. Many of them are never convicted of a crime – or even charged with one. And many people can’t afford to hire a lawyer to challenge these seizures in court.

To remedy these injustices, Sen. Arthur Orr, R-Decatur, introduced SB 191 this year. This bill, as revised in the Senate, will require law enforcement agencies to report information about civil asset forfeitures to a central database. It also will require an annual report about the size and scope of these seizures across our state.

The Senate passed the bill 33-0 Tuesday, and the House voted 102-0 for it Thursday. The bill now goes to Gov. Kay Ivey.

SB 191’s passage is a good step toward bringing more transparency to Alabama’s forfeiture process. But the bill falls far short of the reform that Alabama needs.

How a strong bill lost most of its best provisions

SB 191 started its journey through the Legislature as the gold standard of forfeiture reform. As introduced, it would have substantially overhauled Alabama’s forfeiture practices to fit with traditional notions of due process.

Then law enforcement agencies that bring in millions of dollars from forfeitures sank their claws into the bill. Their interference threatened to kill reform entirely, and it led to the bill being scaled back drastically. The Senate removed all of SB 191’s substantive provisions that would have protected Alabamians from abuse and overreach.

Rep. Connie Rowe, R-Jasper, said the director of the Office of Prosecution Services wrote the substitute bill. Rowe presented SB 191 to the House Judiciary Committee, which quickly approved it Wednesday.

SB 191 will indeed increase transparency on civil asset forfeiture. But this small step forward is only the beginning of reform, certainly not the finish line. Civil asset forfeiture is abused routinely, and other states already have taken steps to limit or stop it. Unfortunately, Alabama lawmakers have punted on major reforms this year.

The amended bill likely will become law now that it would do little more than require data collection. But advocates must refuse to allow the database to be used as an excuse to delay changes that would rein in abuses of civil asset forfeiture.

Our government already has enough data, spread throughout various law enforcement offices, to create a comprehensive picture of forfeitures. And many of the records of those expenditures and seizures likely are subject to Alabama’s Open Records Act.

Entities that receive money from forfeitures have derailed major reforms this year and laid the groundwork to seek future delays. Even so, SB 191 will create helpful new reporting requirements to help shine a light into the murky waters of civil asset forfeiture in Alabama.

And when that data is laid out, opponents of reform will have run out of excuses. They’ll no longer have even paper-thin rationalizations for denying the truth: Civil asset forfeiture is unjust and unnecessary, and Alabama should abolish it in its current form.
—

This post was previously published on www.alarise.org and is republished here under a Creative Commons license CC BY-ND 4.0.
—
—

Alabama Arise is a statewide nonprofit, nonpartisan coalition of congregations, organizations and individuals united in their belief that people in poverty are suffering because of state policy decisions. Through Arise, groups and individuals join together to promote state policies to improve the lives of low-income Alabamians.