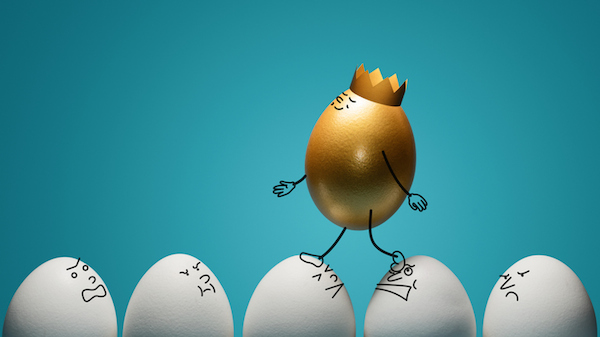 Six months before the 2016 election, I wrote an article, “The Real Reason Donald Trump Will Be Our Next President.” In the article I said in part, “Mr. Trump seems to have suffered abuse, neglect, and abandonment as a child and many of us resonate with his rage. We know from Mr. Trump’s own writing that he was an aggressive and violent child growing up, that he was sent to military school at a young age, and had difficulty controlling his temper.

It’s not surprising that we have gotten statements like these from Mr. Trump:

‘You know, it really doesn’t matter what the media write as long as you’ve got a young, and beautiful, piece of a**.’

‘I’ve said if Ivanka weren’t my daughter, perhaps I’d be dating her.’

Ongoing studies reported by the National Centers for Disease Control (Adverse Childhood Experiences—ACE—Studies) demonstrate that childhood abuse, neglect, and abandonment are more common than most of us think and impact our adult health and relationships. Abused children often hook up with each other as adults (It’s our subconscious attempt to heal old wounds). Whether we’re passionately in favor of Donald Trump or passionately opposed to him, we likely have some healing to do.”

I suspect that in 2016 many people were fed up with our political system, felt neglected and abandoned, and voted for a man who promised to make things better, but has, in fact, made things much worse. We have another chance to decide who should lead us in November. Our decision may be even more consequential than ever.

On Wounded Children, Tyrants, and Commanders in Chief

The ACE studies demonstrate how common traumas in childhood impact our adult lives. Understanding the impact of abuse, neglect, and abandonment on the decisions an adult leader makes can help us choose who we want to lead us. The president’s most important duty as commander in chief is to defend the United States, its territories and possessions and its armed forces, from attack. What happens if the President of the United States was a wounded child whose wounds were never healed? What do you do if he’s become a high-chair tyrant?

In their book, King, Warrior, Magician, Lover: Rediscovering the Archetypes of the Mature Masculine, Jungian psychologist Robert Moore and mythologist Douglas Gillette, examine four archetypes of male personality. Just as a good king in mythological stories is often something of a Renaissance man–a good warrior, magician, and lover–the King archetype incorporates the other three mature masculine archetypes in perfect harmony. Moore and Gillette found that the following qualities were present in those who demonstrate the mature King archetype. Although focused on men, these qualities would be similar in women:

But many boys who are wounded in childhood, grow up to express shadows of the King archetype. One of these is called the High-Chair Tyrant. According to Moore and Gillette, “Unlike the King archetype which creates and blesses others, the Tyrant seeks to destroy and tear down. Plagued by narcissism, he really does think that he sits at the center of the universe.”

They go on to say, “The Tyrant exploits and abuses others. He is ruthless, merciless, and without feeling when he is pursuing what he thinks is his own self-interest. His degradation of others knows no bounds. He’s the boss who wants only yes men, who doesn’t want to know what’s going on and the President who doesn’t want to hear his general’s advice. He lacks inner structure, and he is afraid—terrified, really—of his own hidden weakness and his underlying lack of potency.”(emphasis is mine).

In a review of Moore and Gillette’s work, Bret McKay, publisher of The Art of Manliness, describes this kind of person, recalling the angry wounded, child, who puffs himself up and makes life miserable for others. “A grown man who is still ruled by the High Chair Tyrant sulks when he doesn’t get his way, fails to take responsibility for his actions, and is incapable of taking criticism,” says McKay. “His arrogance can blind him to reality and cause him to stumble. You can see the High Chair Tyrant manifested in celebrities and politicians who believe they are so special that they are not only entitled to indulge in things like infidelity and crookery but believe they won’t get caught.” (emphasis mine).

Tyrants often feel comfortable with each other. Back in 2013, then-reality TV star Donald Trump tweeted, “Do you think Putin will be going to The Miss Universe Pageant in November in Moscow – if so, will he become my new best friend?”

As a politician, Trump has called Putin a “very smart cookie” who is “much smarter, much more cunning” than Barack Obama.

“I respect Putin,” Trump said in November. “He’s a strong leader.” In an era of hyper-partisan tribal fealty, members of the party he has taken over increasingly agree. All indicators are that Putin interfered in the 2016 election and Donald Trump’s actions to withhold aid from Ukraine in exchange for them digging up dirt on Trump’s political rival, Joe Biden, was one of the bases for Trump’s impeachment by the House of Representatives.

The connection between Putin and Trump is becoming more and more obvious. On the website PutinTrump.org they say that “American values are on the line,” and go on to ask, “Did you know Putin likes Trump because Trump is “sensible enough to stay out of the way?”

The problem with high-chair tyrants is that many grow up to be adult tyrants and many tyrants become dictators. Dictatorships are often characterized by the following:

Some dictators have been masters of crowd manipulation, such as Mussolini and Hitler. Others were more prosaic speakers, such as Stalin and Franco. Typically, the dictator’s people seize control of all media, censor or destroy the opposition, and give strong doses of daily propaganda. We don’t have to look too deeply to recognize these symptoms in our present government.

At this time when our country is deeply divided, it’s easy for many of us to simplify our world, take sides with the party we have always supported, and vote the way we’ve always voted. I suggest everyone ask themselves to consider voting for the person who exemplifies the qualities of the mature King archetype not the wounded High-Chair Tyrant archetype, whatever your party affiliation might be. Vote for the man or woman who is the most:

It’s not easy to break with your group and do what you feel is right. I was heartened by Mitt Romney standing up for what he believes even though it was in opposition to the leader of his own party. I am also heartened by other Republican and Independents who formed The Lincoln Protect. They remember a time in the past when our country was seriously divided and the man who brought us together. Most of those who started the Lincoln Project have never voted for a Democrat, but now they feel they must. “President Donald Trump and those who sign onto Trumpism are a clear and present danger to the Constitution and our Republic,” they say. “Only defeating so polarizing a character as Trump will allow the country to heal its political and psychological wounds and allow for a new, better path forward for all Americans.”

As always, I look forward to your comments. If you’d like to read more about how we can live fully, love deeply, and make a positive difference in the world, check out my blog and sign up to get more articles where I cover a wide variety of topics.