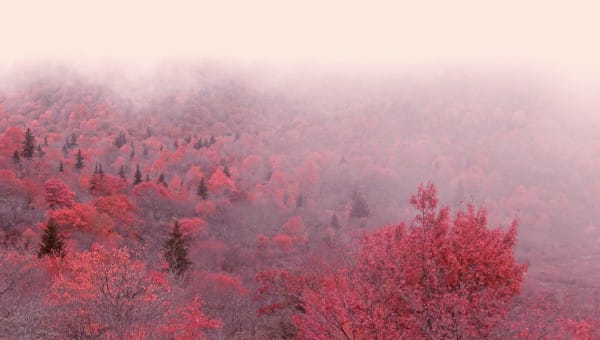 The Struggle to Tell Our Own Story

Stories rule in one guise or another in all cultures. Because human beings start out — -contrary to race theory — -with identical hardware, the software, the stories that tell us what to do, come out remarkably similar all over the world. One of my fellow professors without a union card (Ph.D.), Joseph Campbell, published The Hero With a Thousand Faces in 1949, claiming that all human software is not just similar but rather identical.

I am sometimes asked how I can reconcile Cherokee stories with having three college degrees conferred by the dominant culture. The same way, I reply, the settler nations reconcile the scientific method with fealty to monotheistic patriarchal desert cults.

My reply to those who recoil at that description is to ask what part of it is factually incorrect?

A desert culture arises in a context of scarcity; my people come from the woodlands. Our fortunes waxed and waned with the weather, but our stories do not account for complete starvation. When I visited the homelands from which the settlers evicted most of us, I became acquainted with how our diet contained so much fresh water fish. Archaeologists have discovered fish traps constructed with rocks that turn entire rivers into fish farms.

Deer meat was a staple and we consumed a lot of bison meat until the settlers wiped out the woodlands bison. I’m aware that Cherokees learned to hunt the plains bison and became so fond of the practice that we negotiated a strip of land over which we had usufruct for the purpose of traveling to the buffalo hunting on the Great Plains, the so-called Cherokee Outlet.

I learned no stories about what must have been a shocking first encounter with the plains bison, a very different beast from the woodlands bison. I also cannot explain why we never developed a taste for saltwater fish and other creatures from the ocean. I do know we traded with rather than war with the coastal tribes, so access was not the issue.

In addition to hunting and fishing, we grew the Three Sisters (corn, beans, and squash) and many other vegetables and herbs and we gathered food plants we did not grow. We have a rich set of stories centered on honey bees and how bee trees should be treated.

My point is we always had something to eat. With a diet so varied and traditional methods of food preservation, it took a major calamity to shut it all off at the same time. Water was never an issue, either — it runs cold and clear all over the homelands.

I was an adult when I first visited the lands the settlers took from us and it was immediately obvious why they were willing to kill us to accomplish our eviction. While I was raised in the Muscogee Creek Nation, I treasured my childhood visits to the Cherokee Nation of Oklahoma. The story I had heard was that our leaders contrived to acquire a reservation in the One Big Reservation to be known as Indian Territory that most resembled our stolen homelands.

It was true! That story was literally true. The Cookson Hills notify anybody traveling on foot that the Ozark Mountains are ahead. The Ozarks are not the Smokies, but they were the most similar place on offer to the newly homeless indigenes. 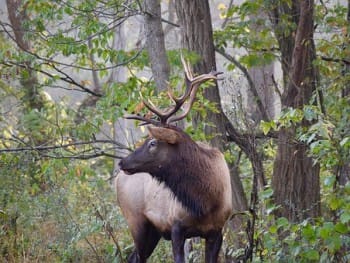 Near Bryson City in the Homelands. Public Domain Photo From Pixabay

The Creek Nation where I was born and raised offered rivers and swimming holes the same color as the dirt, mostly red. If you got water in your mouth, it left a gritty feeling. The water temperature was not noticeably cooler than the ambient air. Swimming cooled you off as the incessant Oklahoma winds evaporated the water on your body. I was used to finding food in the muddy waters, mostly catfish.

I digress from the point that Cherokees were not culturally wedded to scarcity. We lost everything when the soldiers rounded us up for The Trail Where They Cried and we had to eat what our captors offered, but we quickly rebuilt in Indian Territory and pretty much avoided scarcity until the Civil War devastated the Cherokee Nation again.

We were not a patriarchy, either. Women could represent their clans in council before the settlers showed up and women could hold any office, including war chief. You got your citizenship through your mother and were born into her clan. Divorce was easy. The man could simply take his personal equipment and go. The children belonged to the wife’s clan and the house was hers. She planted the crops and was entitled to the harvest.

That leaves monotheism. The explanation of how Cherokees related to missionaries is complicated. The Cherokee Baptist Church — in which my great grandfather Henry Teehee was a preacher — -swallowed the monotheistic patriarchal desert cult hook, line, and sinker. The wampum as memory cues for storytellers could not compete with the talking leaves and the doorkeepers to the expanded world of the talking leaves were the missionaries.

The first stories that came from the talking leaves told of a powerful god capable of endorsing unspeakable acts. The Old Testament stories explained how settlers could claim land that was already occupied. God was male and, as holder of eminent domain, could reshuffle land titles and anybody who disagreed would die, as would their wives and their children and their farm animals.

The new stories elevated men and debased women so completely that when I phone banked for a woman running for Principal Chief in the 21st century, I had to listen to several denunciations of “petticoat government.” This was long after I thought Wilma Mankiller had resurrected the status of Cherokee women.

The keepers of Cherokee stories folded in as much of the new stories as would fit and learned to be reticent about sharing the old stories. The old and the new stories had one thing in common, and that was the tension between the metaphorical and the literal. It was understood that a line existed between the former and the latter but Cherokee storytellers had never been explicit about the location of the line.

My childhood fear of the Ravenmocker was, I decided, metaphorical. I wondered, as a matter of the literal, whether the Little People came on The Trail Where They Cried. I was told they had and I have reason to believe that was the case. Unlike the line between metaphorical and literal, the line between the new stories and the old ones has been lost.

That, of course, is not all we lost. The other thing about the stories is that they rule on the fly. No culture sits still and technology merely changes the method of the hero’s quest, not the goal. The United States is arriving at a historical inflection point that brings to mind a story song that I met in the civil rights movement and only learned later was born from the struggles of the United Mine Workers.

When the president of the United States adopts race-baiting as a political expedient, everybody has to decide which side they are on in the continuing struggle for equality. Joseph Campbell would say we are all on the hero’s journey. I would only add that one of the signature tasks of that journey is to remain the hero of your own story.

Facebook8TweetPin3EmailShares11
wpDiscuz
0
0
Would love your thoughts, please comment.x
()
x
| Reply
Share this ArticleLike this article? Email it to a friend!
Email sent!