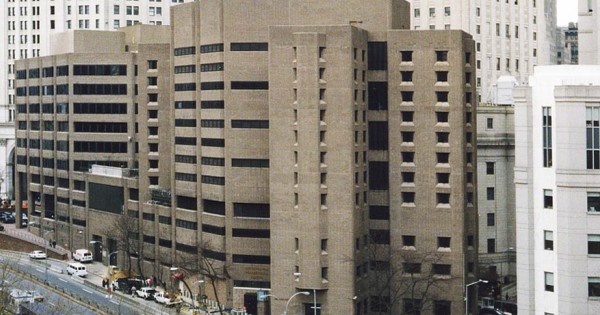 You are under a lot of scrutiny for your policies, and rightfully so. You screwed up and people on both sides of the aisle and across the country are furious. Your lack of oversight in Jeffrey Epstein’s death was one of the few things that united us for a few minutes, until the conspiracy theories implicating politicians once again pinned one side against the other.

Let’s hover in that moment of unity, shall we? Let’s assume that it wasn’t Trump or Bill Clinton who forced your hand, but extreme negligence and a disregard for protocol that led to this suicide. We are most angry because you missed a huge opportunity, not only to prove that the criminal justice system can work, but to call on a group of people who would have seen it as their civic duty to make sure Epstein remained alive until his trial day. Women.

Yes, we are an army that makes up just over fifty percent of the nation, and we have skills that you definitely could have used. If you were so grossly understaffed that you had to put untrained workers in the position of monitoring Epstein anyway, why not go with people who would have willingly and enthusiastically stepped into this role? We know how to do this job, and we were invested in the outcome. Just look at our cover letter outlining our skills.

Women volunteer at much greater rates than men. We volunteer for all sorts of things that in our hearts fall very low on the list of things we want to do with our free time, including but not limited to book fairs, carpools and the role of class parent. Higher on the list are volunteer roles that have a positive societal impact, activities like walking shelter animals or working at a soup kitchen.

Remember the Women’s March? Yep, that was us, too. We have busy schedules, but we get things done, and there are millions of us right in the tristate area. We would have volunteered to babysit the most important defendant for sexual abuse and sex trafficking, like, ever.

Many women are mothers, which endows us with a special set of skills suited for your guard position. We spend a couple years of each child’s life with the primary goal of keeping them alive. We call it the Toddler Years. Our main role during the Toddler Years is to establish a level of safety and supervision that protects highly dangerous and impulsive individuals from self-harm.

Upon entering a new space, we assess the possible risks, and when our children outsmart us and find new opportunities for self-injury, we respond swiftly and at a high success rate. Sometimes knees get skinned and wrists get fractured, but most often these toddlers go to bed each night safe and sound, with maybe a little dirt on their feet when we ran out of energy for bath time. Those of us who have raised adults went through a similar phase again when they were teenagers. Jeffrey Epstein would never, we repeat never, have been left to his own devices for more than a minute if women were in charge.

You might be concerned for our safety, and maybe that’s why you did not call on us to help. Don’t worry, we put our own well-being aside to help others long ago, but in the process, we’ve also gained some confidence and self-defense skills. Many of us have been in situations in the past where we have had to stand up to someone dangerous or powerful, and we are getting better and better at this each day.

Have you heard of the #MeToo movement? Women are not wilting flowers, and if anyone could bring out our collective inner strength, it was Jeffrey Epstein. Also, we have a lot of actual tools at our disposal. My home office is no longer a home office; the bookshelves have slowly become shelves of hockey equipment, one for each of my three children. If you couldn’t provide the tools you felt necessary to protect us while serving in your prison, we could have brought our own sticks and helmets until you had a chance to stock up. Women are also good at sharing and taking care of one another. A little teamwork would have gone a long way.

You may wonder how we would ever get organized enough to pull off something like assigning shifts to different individuals, all sharing the responsibility of monitoring one prisoner. Well, you set a very low bar for this, but it is an area in which women excel. You thought having two guards rotating on duty and checking in on Epstein every thirty minutes was adequate, given that he had been on suicide watch? And then your guards couldn’t even stick to that schedule?

You clearly are not familiar with SignUp Genius. Women across the country planning everything from simple potluck book clubs to highly complex elementary school fairs could attest to the merits of this tool. It would have been so easy. Break the day into shifts. Have three volunteer slots for each shift, with an alternate should someone have an emergency. With women at work, this schedule could have been created and filled before your prison guards took their morning coffee break.

This brings me to the last skill women have, and the one that sadly makes all previously listed expertise and abilities a moot point: insight. Even as we tell you how easily we could have prevented your immense act of hubris and incompetence, we have the insight to know that ultimately this happened because you simply did not care. You have kept many other prisoners alive to ensure that they face their accusers, their victims, their fate. But not this one.

Your negligence speaks not only to a corrupt jail or a faulty criminal justice system, but to a hierarchy of victims. After years of investigative work to hold this man accountable for sex crimes, you enabled Epstein’s suicide and rendered his hundreds of victims silent once again. When white men are among the victims, criminals stay alive in your care to face trial. Madoff, mobsters, terrorists. But when the victims are countless young girls? You didn’t even care enough to try.

And for the record, they were not “underage women”. They were children, and it was our job to protect them. The least you could have done was let us do our job.

Alison Cupp Relyea works as a freelance writer, producing content for small businesses as well as personal essays and articles. She enjoys writing about politics, gender, history, family and small life moments, all with a thread of humor and attention to diverse lenses. Her work has been featured in XOJane, Beyond Your Blog, ryehistory.wordpress.com, and Medium Daily Digest, as well as other publications and company websites.

Facebook46Tweet3PinEmail1Shares50
wpDiscuz
0
0
Would love your thoughts, please comment.x
()
x
| Reply
Share this ArticleLike this article? Email it to a friend!
Email sent!