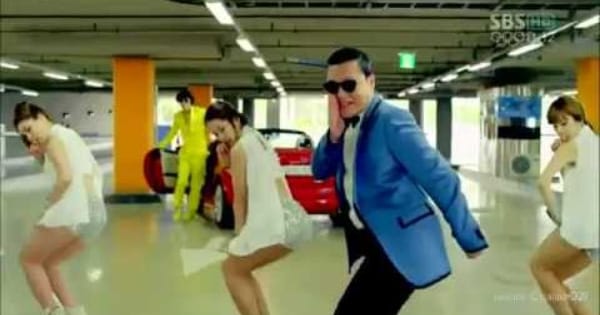 It’s the summer of 2012. While all the other teens are outside playing at the pool I’m scrolling through the latest news, but not just any news. No, I’m checking to see which K-Pop groups I like are having comebacks and bringing out new songs. One headline catches my eye: “PSY comes back to the K-Pop scene with his newest song: ‘Gangnam Style’!” Uploaded 38 minutes ago. I think for a bit but the name PSY does not ring a bell. Oh well, since I’m not doing anything important I might as well give it a listen. It was unlike anything I had seen before. “This will be this summer’s hit in South Korea”, I think to myself, but never could I have imagined what happened next.

‘Gangnam Style’ completely smashed the South Korean hitcharts and it didn’t take long before the entire world was swinging to its beats. While I don’t know exactly what made it such a huge hit I do know that it affected how people thought of South Korea. Before the song came out people would make strange faces when I told them I liked to listen to K-Pop, or when I told them I was interested in South Korean culture. They would ask me why I would listen to songs of which I couldn’t understand the lyrics (which is highly ironical because they themselves would listen to Spanish songs even though they didn’t speak any Spanish) or they would tell me I should set my sights on China or Japan instead. “Those countries are the future.”

After ‘Gangnam Style’ came out, however people’s perceptions changed. South Korea as a country came into the spotlight and people slowly started to realize it’s quite a westernized, first-world country. Suddenly people were appreciating their Samsung phones a bit more. When I started my major Koreastudies at the university I heard from senior students that the amount of new students had been increasing drastically from 2013 onwards and they suspected ‘Gangnam Style’ had put South Korea (and thus K-Pop) on the map. Something similar happened this year, where there was another spike in the amount of new students, probably because of the Trump-Kim summit.

The point I’m trying to make here is that the media and its coverage of specific events can have an enormous impact on the way people experience the world. I would have never found out about this country on the other side of the world if it hadn’t been for the internet. And no one would have cared for North Korea and its citizens if it weren’t for the traditional news on tv and in newspapers. Because, yes, there is a lot of information out there, on all kinds of subjects, if you look for it, but the average person will not go to such lengths to learn more about the world. Media presents information to you without you having to search for it. Isn’t that kind of amazing?

Of course every type of medium we consume has its drawbacks. How can you trust what others tell you? Are you really sure that this piece of information you found is accurate? Or even true? It is important that you remain critical of the things you hear and see, and if you are, a whole new world will open up to you. In the end ‘Gangnam Style’ ended up helping me out in many ways and I’m grateful for that, even though I no longer enjoy listening to it because it was played on the radio too much.

—
This post was previously published on DigMedia and is republished here with a Creative Commons license.
—