Get Daily Email
Join/Login CLOSE
Home / Featured Content / Parenting with Passion: How I Had to Swallow My Interests to Honor His

Ashley McCann had plans for her son. Too bad her plans didn’t match his plans. Guess who won?

When I learned I would be raising boys, I pictured a rough and tumble kind of life filled with sports gear and bleachers. I envisioned being the team mom, cheering as my child slid into home base, or being cool with the kids at the skate park as I dropped my sons off. Parenthood felt like an opportunity for a second chance at childhood with a more experienced sense of perspective—you get to relive the magic of the Easter Bunny and Santa Claus by stepping into the character, get to make dessert-related decisions daily, and have the ability to steer your child’s destiny based on what you’ve already learned.

And, of course, as the reality of parenting always goes, my children had different plans.

My oldest is wildly creative and intelligent. After a few seasons of drawing in the dirt on the sidelines or staring into the sky in the outfield, it was obvious that his destiny most likely didn’t involve athletics. Instead I encouraged computers and drawing, writing and robotics. When he approached me one day and told me he had decided to pursue a future in puppetry … well, it took me a minute. At 12, I felt that it was important that he start to find his “people”—the social community that would carry him through the ages, a hobby or interest involving like-minded friends. Puppetry was a pretty narrow selection. Also, I’m not going to lie: Puppetry felt like a socially precarious choice for a middle schooler. It’s definitely not what I had in mind in terms of helping him find the right crowd to ease the angst of his upcoming teen years.

I thought the interest would pass but it continued to come up in conversation. He had a growing fascination with Jim Henson which made me nostalgic for my own Muppet and Fraggle-filled childhood. After watching some old favorites together, I considered his plans for short scripts, video equipment lists for a YouTube channel, and character sketches and wondered what the world would be like if Jim Henson had been discouraged from his interests in favor of something “cooler.” Also, being socially awkward seems like a middle school rite of passage. Maybe it’s an important part of personal growth.

I got on board with the idea and bought him some affordable camera equipment and pricey professional-quality Henson Workshop puppets on eBay. He was impressed with their quality and fascinated with their construction but ultimately they were rejected in favor of filming with a pink sock-like creature with googly eyes that he created himself. When I questioned him about it, he explained that while he was inspired by Henson’s work, he didn’t want to copy it. Although frustrated over the wasted expense, I admired his integrity and creativity.

During a recent visit with family in Atlanta, we apologetically insisted on paying everyone’s admission to The Center for Puppetry Arts, acknowledging that it wasn’t what most people would have picked for an exciting day out. It turns out that the Jim Henson collection spans half of the museum and we marveled over creative technique, television history and at the sight of famous favorites that spanned generations. We learned a lot about Jim Henson, who seemed like a good boss and family man, a true visionary dedicated to his craft and passionate about changing the world in his own unconventional way.

And he was successful at it, having impacted millions of lives around the globe through Sesame Street and other projects. My son was bubbling over with trivia, excited exclamations and additional informational tidbits about characters and exhibits. Afterwards, my sister-in-law pulled me aside to say that he was like an entirely different person in that environment: so open, happy and enthusiastic. I was surprised at how much fun we all had, and I admired his passion and the thoroughness of his knowledge.

I had a similar experience at Comic Con, another event I was dreading for the cost and the crowds and the parking … also, it’s just not my thing. But, again, it’s my son’s thing, and Caroll Spinney, who has played Big Bird for over 45 years, was speaking so we went early and got seats up front. Spinney mentioned that he was picked on relentlessly throughout school and that the other kids always called him a yellow belly. “Well, I grew up to be the biggest yellow belly there ever was as Big Bird,” he said with a triumphant smile.

He spoke of his 21-year working relationship with Jim Henson and their creative adventures with a heartfelt sense of awe and emotion. When the floor was opened for questions, my quiet, fairly reserved child hopped right up and approached the microphone, first in line. My heart was pounding as if I was the one standing unprepared in front of one of my idols in an auditorium full of people, but his voice showed no sign of fear.

I was again surprised when he determinedly approached Spinney as he left the stage, introducing himself as a big fan and asking for a picture. Spinney interrupted his handlers who were trying to usher him away and took a minute to make a genuine connection; my son lists it as the highlight of his life and being a witness to the resultant happiness was one of the highlights of mine. I was so glad I got over my own reluctance and attended, and I admired his determination and courage.

Having a middle schooler isn’t what I pictured, in a lot of ways. My son is not who I had imagined he would be, and in supporting him as he has explored his passions, I have realized that quirky is its own kind of cool. Following his interests, whatever they may be, allows him to be the best version of himself. I started to see how much I admire him as his own person and his potential to become a good man.

If Jim Henson and Caroll Spinney had followed a more traditional path for the sake of being conventionally cool, they would have missed out on a lifetime of imagination, friendship and creativity that managed to change the world. Although it may be more of a challenge, it’s important that my son find his own people and those relationships will have the depth that comes with the bond of an authentically shared interest.

This unexpected detour into the world of puppetry has reminded me to support my kids in all of their endeavors, with the hope of learning more about us both along the way. I had to remind myself of this vow and found myself again questioning its wisdom when he recently expressed a passing interest in starring in YouTube rap battles. Being supportive of his passions is not always going to be easy, but it’s an important part of finding ourselves.

Aside from being a mother of two boys, Ashley McCann is a parenting writer for eBay, where you can find all the gear to bring your own child’s dreams to life! She’s also writes on her blog, AshleyQuiteFrankly.com.

One of the best articles I have read about parenting. Reaching a better relationships with your kids through their interests, and not just the ones we choose, is crucial. Thanks for writing this insightful look at parenting, makes me think twice before cringing when my daughter wants me to sing with her. 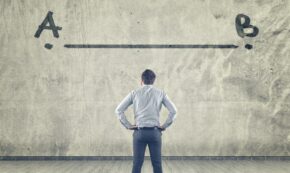 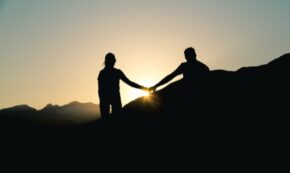 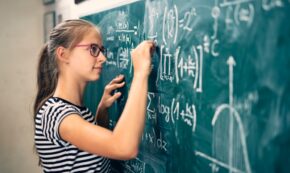 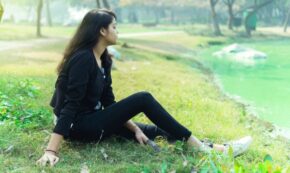 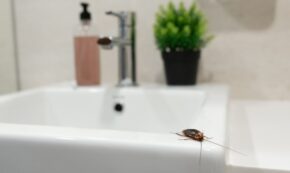