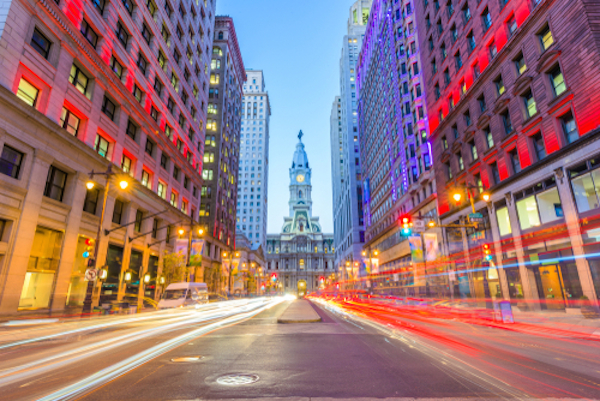 7.8.19: Philadelphia – (Politics): Late in the evening on the 4th of July, a man on South Street laid on the ground while being savagely kicked and stomped. His savior came in the form of a Philadelphia police officer, rather than the scores of individuals who viewed the brutality with seemingly radiant glee.

Following the attack on the helpless man, the mob migrated West on the popular Center City Philadelphia street and terrorized local businesses, including the looting of a Walgreens at 18th and South Street, ultimately causing $7,000 in damage.

In the days following the 4th of July chaos, city officials here withheld their condemnation of the violence and destruction, an odd occurrence, some would say, for public servants who aren’t known to be camera shy and who aren’t above optimizing tragedy for the sake of personal branding.

A representative for the mayor on Monday confirmed his office issued no statement. And the police department has yet to make any arrests.

In essence, business as usual has commenced in Philadelphia despite an abnormal, albeit not totally foreign, the scene involving clusters of teens roaming recklessly. And with that apparent indifference, city officials risk sending the message that the 4th of July chaos, which could have ended in the loss of life, is par for the course.

***
This morning, I watched a nearly eight-year-old video of former Philadelphia Mayor Michael A. Nutter condemning flash mobs from the pulpit of the West Philadelphia Baptist church he attended.

Mr. Nutter was criticized following that August 2011 sermonette of sorts.

The then mayor – who urged teens to pull up their pants, maligned absentee fathers and asserted that the Black youth who engage in mob-like behavior is an embarrassment to their race – was advocating for respectability politics, his critics said.

But for whatever critique can be assigned to Mr. Nutter for that fiery late-summer lecture, what can’t be said is that he excused youths’ bad behavior as a failure of government. Indeed, Mr. Nutter had an acute understanding of a contributing factor to the problem: households are failing their children.

Now, that’s not to say that other forces aren’t at work, such as the enduring existence of disadvantaged communities where resources and recreation are frail. But poverty and boredom don’t cancel out self-control and self-respect.

Parents must do better. The city must be better.

In response to the 4th of July, the message from the local government should be succinct: flash mobs that result in bodily harm and destruction of property are inexcusable – whether they be executed by Black teens or mostly White males who are celebrating the win of a sports team – and will result in severe punishment.

The image of last Thursday’s flash mob, juxtaposed with a 4 percent increase in homicides, further contributes to an unflattering portrait of the nation’s sixth largest city.

If one were to review the current data and lend an ear to residents’ untold anecdotes, they’d come away with a perception that Philadelphia’s streets aren’t safe. And they’d also question whether officials here have any sense of urgency to alter the reality.

Silence from Philadelphia officials after such a display of barbarism is unnerving. They must condemn this behavior whenever it occurs, while also doing their part to make it harder for such occurrences to materialize.

But even if politicians do their part, their efforts must be matched by parents in order for real change to sprout.

The transformation of behavior must begin in the homes, not City Hall.