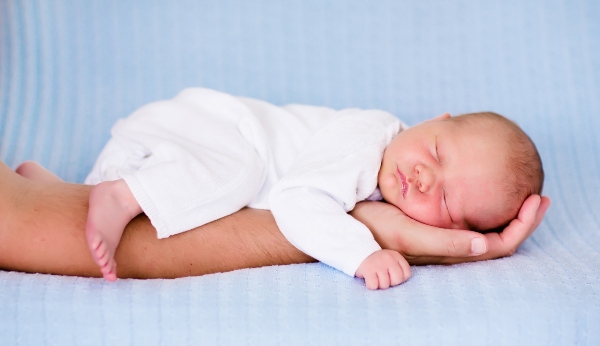 Most studies of infant sleep look only at the beliefs and behaviors of mothers, based on the assumption that only she is significant. A new study that included fathers has found that the dynamics between the parents is linked to infant sleep.

Douglas Teti and colleagues questioned 322 parents (167 mothers, 155 fathers) five times during the first year of their child’s life. They found that when mothers believed strongly in responding immediately to the baby waking up in the night and fathers didn’t agree, the mothers reported more problems working together as a couple in parenting their infant, on average. In almost all the families, the mother was the primary carer, so it is likely that she tended to feel lack of support if the father didn’t agree with how she responded to the baby waking during the night.

On the other hand, when the father believed more strongly than the mother in responding immediately when the baby woke in the night, neither parent was likely to report more conflict.

The researchers measured the quality of coparenting– that is, the manner in which parents work together to raise children. They measured positive aspects such as agreement about goals, closeness in the relationships, mutual support of each other’s approaches, mutual endorsement and fair division of labor. They also measured negative aspects, including conflict and undermining behaviour (lack of trust). Only the positive aspects of coparenting correlated with discrepant views about responding to a baby waking in the night.

The researchers also measured six beliefs about the child’s sleep. Sample items included how quickly a parent should respond when the child wakes, and how they think a child will feel if there is no parental response (e.g., abandoned or upset).

In addition to observing differences in maternal and paternal beliefs about how to respond to infants who wake in the night, the researchers found that when parents believed in a more immediate response to a baby crying they were more likely to report conflict with each other. Importantly, when mothers endorsed stronger beliefs about responding to infant night waking than fathers did, and when the discrepancy between mothers’ and fathers’ beliefs was larger, positive aspects of coparenting suffered. On average, mothers believed in a more immediate response than fathers, but these beliefs declined over the first year: mothers’ beliefs fell below the level of fathers’ beliefs at the start of the year.

This research adds to the growing volume of research showing that to support child welfare, we need to understand and work with family dynamics and not make the assumption that working only with the primary carer is sufficient. It’s important to see the parents as a team and to work on coparenting deficits.
—