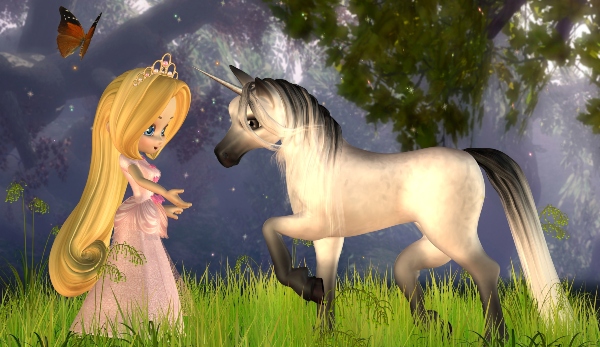 US Disney Princess toy sales topped US$3 billion in 2012. By 2015 13 Disney Princess characters were available as toys. Despite some variety, they are generally characterised by passivity and needing to be saved by men, being pretty and being thin. Even less gender-stereotyped characters such as Merida in “Brave” tend to be feminised for merchandising. These characters are also very kind to people – Disney films show female characters being kind to others at the rate of about one act of kindness per minute!

The researchers then asked the child, the parents and the child’s teachers about gender-stereotyped activity on the part of the child.

The parents were interviewed a second time, one year later, to see what changes had taken place in the child’s play and behaviour.

The parents and teachers were asked about a variety of things:

The parents were also asked if they talked to their child about what the child sees in films and TV.

The researchers found a strong difference between boys and girls generally:

There was, however, no difference in body esteem between boys and girls.

Girls who identified more with Disney Princess characters than other girls, and whose parents talked to them more about what they see in the media, were more gender-stereotyped in their activities and behaviour, and this increased more over the following year than for other girls. The same held true for boys.

However, children with lower body esteem at the start identified more with Disney Princess characters after one year, as if their play had some kind of compensatory role.

Higher identification with Disney Princess characters was not associated with higher pro-social behaviour except among boys, and then only if their parents talked to them a lot about what they were seeing. The researchers wonder whether the portrayal of pro-social feminine behaviour is so strong in our culture generally, that girls identifying with Disney Princess characters makes little difference.

Does all this matter? This research does not answer that particular question! The researchers suggest it might, however. They quote other research showing that adult women who identify themselves as “princesses” were more likely to give up on a challenging task, less likely to want to work and more focussed on superficial activities.