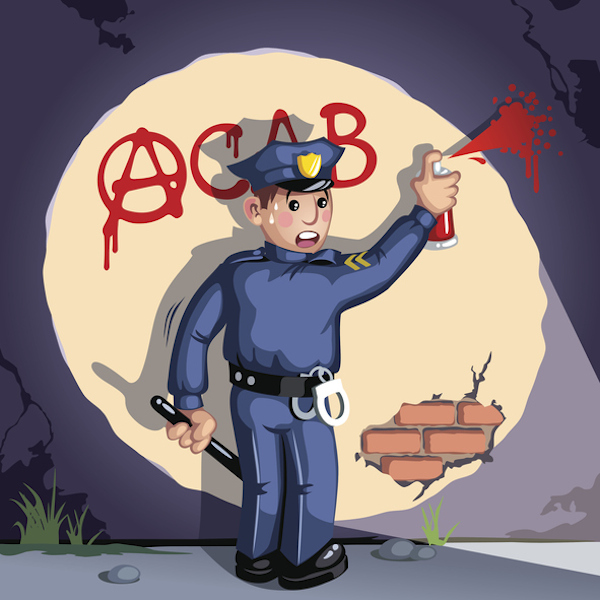 Donald Trump stomped into Minneapolis on October 19 last year to hold another of his campaign-style “Keep America Great” rallies. Prior to his rambling speech, he invited Lt. Bob Kroll, head of the local police union, The Police Federation of Minneapolis, to take the stage and address the large crowd in which he gave the president high marks for standing up for law enforcement.

The mayor said the President wasn’t welcome, but the Police Federation of Minneapolis begs to differ,” Kroll warned. “The Obama administration and the handcuffing and oppression of police was despicable. The first thing President Trump did when he took office was to turn that around … he decided to start let cops do their job, put the handcuffs on the criminals instead of [on] us.

Kroll wore a bright red “Cops for Trump” T-shirt and discussed how Trump supports police departments across the country as they encounter increased scrutiny following years of high-profile police shootings.

He encouraged police officers to wear “Cops for Trump” symbols on their uniforms even though local ordinances ban police from wearing uniforms that support political candidates.

With the increased visibility of specific police officers killing unarmed black and brown people, the wide-scale demonstrations of outrage and protest traveling throughout the country, and spotty investigations by the Justice Department into allegations of racial bias in policing, a few law enforcement agencies are assessing procedures while attempting to improve relations with the communities in which they are meant to serve.

The Dallas Police Department, for example, for many years has undertaken steps to improve its community relations with remarkable results.

Allegations of racism in the hiring practices, policies, and attitudes in police departments, however, represent in microcosm much larger forces evident in our country. We must not and cannot dismiss police killings of black and brown people as simply the actions of a few individuals or “bad cops,” for oppression exists on multiple levels in multiple forms.

These officers live in a society that subtly and not-so-subtly promotes intolerance, imposes stigma, and perpetuates violence. The incidents must be seen as symptoms of larger systemic national problems.

The ruling class has…needed people to control those on the bottom. Some of the largest male occupations are police, security guards, prison wardens, immigration officials, deans and administrators, soldiers, members of the National Guard and state militias, and, of course, the father of the family as the disciplinarian. — Paul Kivel, You Call This a Democracy?

The current demonstrators protesting police harassment and unprovoked killings of unarmed black men and boys surfacing throughout U.S. highlights the longstanding and continuous tensions and confrontations between police forces and the communities they are meant to serve. An essential question we must discuss and eventually answer, however, is: “Whose interests do they actually serve?”

Examination reveals that in communities where incidents of police killings occur most frequently, law enforcement officers come primarily from similar socioeconomic classes (middle and working class) – while not necessarily from similar ethnic, cultural, racial, or gender backgrounds – of the people they patrol. What we are witnessing is an intra-class conflict in the service of the wealthy ruling class.

While the vast majority of police officers enter law enforcement with completely good intentions to serve and assist the public and to support their own families, as guardians of ruling class interests, officers from the middle and working classes serve, often unconsciously, as enforcers for the ruling class through surveillance and control, and by keeping the potentially unruly hoards at bay.

The concept of “Social Reproduction” asserts that social institutions reproduce social inequities, especially in terms of socioeconomic class and race, which exist in the larger society. While the vast majority of police officers enter law enforcement with completely good intentions to serve and assist the public and to support their own families, they bring with them their past socialization sometimes aided and abetted by members of their departments.

So, where did they (we) learn these attitudes that they (we) are reproducing? We most certainly did not invent or create these negative belief systems. Rather, we all are born into a society that teaches us these biases. These systemic inequities are pervasive throughout the society. They are encoded into the individual’s consciousness and woven into the fabric of our social institutions, resulting in a stratified social order privileging dominant groups while restricting and disempowering marginalized groups.

Though usually subtle, the process by which systemic racism reproduces itself into law enforcement can also at times express itself quite blatantly. Take, for example, the North Miami Beach Police Department in Florida.

What members of the Florida National Guard found a few years ago when they showed up at a shooting range for their annual weapons qualifying training shocked and angered them. Before they arrived, the North Miami Beach Police Department conducted sniper training at the site using mug shots of African American men for target practice, and for some reason, they failed to remove the pictures.

For one of the members of the Guard, Sargent Valerie Deant, this was extremely traumatic. One of the hanging mug shots was of her brother, Woody Deant, with a clear bullet hole in one of his eyes and another in the center of his forehead.

The Police Department took Woody Deant’s mug shot in 2000 after his arrest for drag racing that resulted in the death of two people. He served a 4-year prison sentence, and today he is a respected member of his community as a father, husband, and employee.

North Miami Beach Police Chief, J. Scott Dennis, defended the practice of using actual photographs in target practice because he argued that it is important for facial recognition drills. In this instance, all the faces profiled were of African Americans, though Dennis asserted that this is not always the case.

A Florida news station, NBC 6, contacted a number of federal, state, and local law enforcement agencies to determine whether this type of police shooting practice training is a widespread practice. Every law enforcement agency contacted stated they use only commercially produced targets, rather than photographs of actual human beings for target practice.

What am I missing here? Why does Chief J. Scott Dennis believe it to be good policy and practice to further target (literally and figuratively) people who have paid for their past mistakes? Does he think his policy has no real impact on the loved ones of those whose pictures his officers blast away?

By our challenging social institutions such as law enforcement agencies, we are taking a necessary step in reducing and one day eliminating cultural bias to ensure that these institutions work for everyone regardless of race and other social identities. But this is surely not enough.

In fact, racism (the systematic and hierarchical ideology of white superiority and white privilege) is perpetuated and enhanced on many levels: personal, interpersonal, institutional, and society-wide. We much look into the mirror at ourselves as well. Especially for us white people, we must come to consciousness of our social conditioning and the ways we have internalized notions of “race” and racism.

At this crossroads in our collective national consciousness, we have an opportunity to address the legacy of race, a divide on which this country was founded, and move forward out from the abyss of our past to a better future. If not, we will continue on the abyss and remain on the endangered nations list. 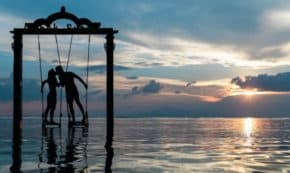 Facebook536Tweet3PinEmailShares539
wpDiscuz
0
0
Would love your thoughts, please comment.x
()
x
| Reply
Share this ArticleLike this article? Email it to a friend!
Email sent!