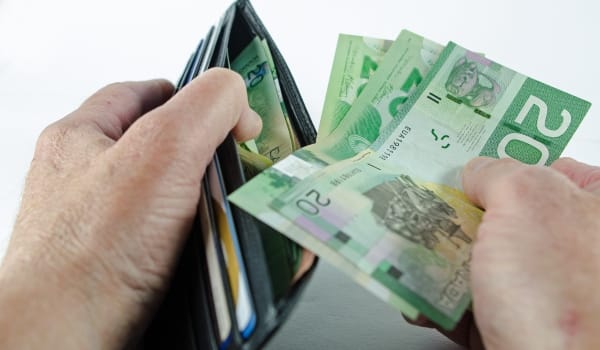 LONDON, 23 August, 2019 – By the close of the century, the United States could be more than 10% poorer, thanks to the economic loss that climate change will impose.

There is bad news too for Japan, India and New Zealand, which will also be 10% worse off in a world that could be 3°C hotter than any temperatures experienced since humans began to build cities, civilisations and complex economies.

And the news is even worse for Canada, a northern and Arctic nation that could reasonably have expected some things to improve as the thermometer rose: under a “business as usual” scenario in which nations go on burning fossil fuels at ever increasing rates, the Canadian economy could shrink by 13%.

A new study by the US National Bureau of Economic Research in Cambridge, Massachusetts warns that overall the global economy will shrink by 7%, unless the world’s nations meet the target they set themselves at an historic meeting in Paris in 2015, when they agreed an ambition to keep global warming to no more than 2°C above the levels maintained until the Industrial Revolution.

“The idea that rich, temperate nations are economically immune to climate change, or could even double or triple their wealth as a result, just seems implausible”

The factor that tends to govern how bad an economy may be hit is not the global average thermometer rise, but the level of deviation from the historical normal: farmers, business people and government planners tend to bank on more or less foreseeable conditions. But conditions in a hotter world are less predictable.

“Whether cold snaps or heat waves, droughts or floods or natural disasters, all deviations of climate conditions from their historical norms have adverse economic effects,” said Kamiar Mohaddes, a co-author based at the faculty of economics at the other Cambridge, in the UK.

“Without mitigation and adaptation policies, many countries are likely to experience sustained temperature increases relative to historical norms and suffer major income losses as a result. This holds for both rich and poor countries as well as hot and cold regions.

“Canada is warming twice as fast as the rest of the world. There are risks to its physical infrastructure, coastal and northern communities, human health and wellness, ecosystems and fisheries – all of which has had a cost.”

The planet has already warmed by around 1°C in the last century, with ever more intense and frequent extremes of heat, drought and rainfall. The news that climate change could impose massive costs is not a surprise.

Researchers have been warning for decades that although the switch away from fossil fuels – along with other steps – will be costly, doing nothing will be even more expensive and, for many regions, ruinous.

Studies have warned that both Europe and the United States will pay a heavy price for failing to meet the Paris targets, and the poor in America will pay an even heavier price.

In the latest study, researchers from California, Washington DC, the UK and Taiwan started with data from 174 nations going back to 1960 to find a match between variations from normal temperatures and income levels. They then made computer simulations of what could happen under two scenarios.

They made the assumption that nations would adapt to change, but that such adaptations would take 30 years to complete. They then looked at 10 sectors of the US economy in particular, and found that across 48 states, every sector in every state suffered economically from at least one aspect of climate change.

They also found that the Paris Agreement of 2015 – which President Trump proposes to abandon – offers the best business sense. Were nations to contain global warming to the ideal of 1.5°C, both the US and Canada could expect their wealth to dwindle by no more than 2%.

“The idea that rich, temperate nations are economically immune to climate change, or could even double or triple their wealth as a result, just seems implausible.” – Climate News Network