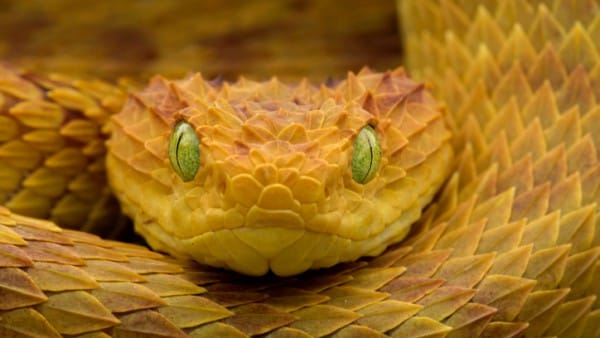 If you intend to be honest you have to admit that a candidate who is good for Indian country is not always good for the U.S.A. or vice versa. Richard Nixon is a great example. He abused power in ways that stood out in a pre-Trump world, but he also completed Lyndon Johnson’s turn away from termination and relocation as federal Indian policy and signed the Indian Civil Rights Act.

Mr. Trump, I expect, is waiting for the Supreme Court to effectively kick the Five Tribes as political entities out of the eastern half of Oklahoma in Carpenter v. Murphy. Then we will see Trumpian Indian policy: termination without relocation. Those who know the history will point out that relocation is how the Five Tribes got to Oklahoma and ask relocate where?

Most of Indian country has been and still is rural and economically depressed. That is because reservations were not typically located on expensive land or in places that would force the settlers to socialize with the people they evicted. The great mystery writer Tony Hillerman used to claim that there is more distance between country folks and city folks than between Indians and non-Indians. While he had a good point, there is a lot of overlap between “country folks” and “Indians.”

The point of termination and relocation was to turn Indians from country folks to city folks. The government would offer transportation to a major city and a stipend for taking the journey. At the other end, there would be assistance in finding work and the government even set up urban Indian Health Service clinics to serve the relocated, in places where there were enough ex-reservation dwellers.

The policy did not work out. Indians lacked urban survival skills, and before long it became obvious there was a hidden agenda in termination. The settlers wanted to get their hands on resources that happened to be located on reservations: timber, oil and gas, minerals. When tribal recognition was terminated, the land fell out of trust and was there for the taking, I mean bidding.

When federal support for urbanization of Indians dried up, those who had not already decamped back to their homelands — which might or might not still have reservations — became an urban underclass. While it’s tempting to say another urban underclass, African-Americans had made the journey in the Great Migration, which only overlapped termination and relocation by a few years, and they had by the time Indians started showing up created their own support system. If African-Americans lived in the basement of urban America, Indians lived in the sub-basement. 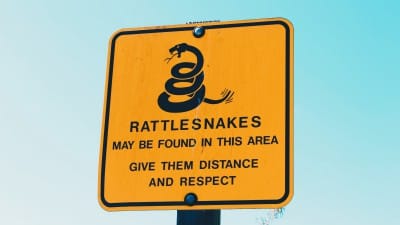 I like to think that my dual citizenships could not conflict with each other because all I want when I wear my tribal hat is fair dealing and when I wear my American hat I do not want my government associated with thievery and cheating.

The Muscogee poet Joy Harjo — named Poet Laureate of the United States this year — wrote a blog post many years ago that went viral on the Indian part of the Internet, and she offered some space where I just don’t see any conflict between citizenships. Harjo faulted Gov. Sarah Palin’s administration in Alaska for going to court in opposition to Alaska Native subsistence fishing and hunting rights.

Subsistence fishing and hunting rights just don’t seem to me anything that should be controversial to fair-minded people. Yes, game animal and fish populations must be managed and, yes, sometimes a total ban on taking endangered creatures is necessary. But, seriously, what harm is there in Natives having the first chance to take when they are not taking on an industrial scale? Somebody will have first rights. What is the argument for first rights going to factory fisheries or sport hunting tourists before the people who have lived off the land from time immemorial?

Another issue where Harjo gigged Palin was that the governor had to be ordered by a federal court to provide election assistance in the Yup’ik language. Palin represents the political wing of American politics that is all “English first!”

This argument got started in 1974 when the U.S. Supreme Court interpreted the Civil Rights Act of 1964 to require that Chinese speaking children be allowed to begin public education in their language. No doubt, the SCOTUS chose the Chinese case to keep a distance from the hot political papas: accommodating the Spanish language.

While I personally favor accommodating both the Chinese school children and the Spanish speaking voters in the Southwest (who have an arguable treaty entitlement to their language under Guadalupe-Hidalgo), I cannot see that these are the same issues as are raised by indigenous languages, even though they get treated that way.

When Chad Smith was Principal Chief of the Cherokee Nation of Oklahoma, he opposed all state policies in Oklahoma intended to dump on Spanish speakers. Smith argued — correctly, in my view — that Cherokee speakers get caught up in the propwash of these misguided and racist policies.

English is the language of commerce and of education and even of international air traffic control. We don’t need any government language police to insure that status. English is in fact first and it will stay first while most people speak it in important business. To this day, I can’t understand how Palin thought it would harm English if Yup’ik speakers got help when voting, any more than it harms English when the Cherokee Nation sponsors Cherokee immersion classes in public schools. Unless, of course, her real concern was how the Yup’ik speakers might vote.

These arguments over indigenous rights seem to me, well, a little nutty, if not quite as nutty as the general political discourse has become in Donald Trump’s post-truth America.

Mr. Trump sent his first press secretary, Sean Spicer, into the teeth of Fake News the day after Trump and Spicer were both sworn in to claim that Trump’s inaugural crowd was the largest in U.S. history. Every news source except Fox and Sputnik carried Spicer’s collision with his former colleagues in the press next to a split screen with Trump’s crowd on one side and Obama’s on the other.

If I am not mistaken, it was that unfortunate contretemps that led Kellyanne Conway to coin the phrase “alternative facts.” Overnight, she catapulted into a rough equality with Richard Nixon’s press secretary, Ron Ziegler, who invented the phrase,

That statement is no longer operative.

I have had a heretical thought for some time that I am just now putting in writing. There might be reason to think Trump has improved political discourse by completely casting off any tethers to the truth. One upshot of that move is that polling has informed us for quite a while now Trump’s most ardent supporters understand that he is an inveterate liar and they don’t care.

Isn’t there something just a tiny bit refreshing about giving up the process of digging for an authoritative source to demonstrate Trumpian falsehoods are what they are? It does not matter what your source is when you call him a liar because everybody knows he’s a liar.

On another level, I resent post-truth politics because I periodically ran for office between 1975 and 1995 and I lived in fear of getting some fact incorrect and being tagged as a liar. I always thought that merely telling the truth was insufficient; I must never make a mistake.

If Trump heard that, he would laugh at me. As we go deeper into post-truth America, even I laugh at me. What was I thinking?

One of my students told me during the campaign leading up to Barack Obama’s first term that the presidential race made her feel like she was living in a B movie, and Samuel L. Jackson was about to step out and deliver his famous and profane line about the snakes on the plane. Indeed.

We are in a war longer than WWII with no end in sight. Mr. Trump, when he deigns to mention the economy, lies about it as he goes about wrecking it with a trade war. We are on the edge of a self-inflicted economic downturn and we are supposed to care whether one candidate had a bigger crowd than another? The Trump-Obama comparison may be old news, but a video from an El Paso hospital this week featured a Trump-O’Rourke comparison that was just as truth-challenged.

Those are just a few mainstream issues; the tribal issues are as urgent. Thinking of tribal issues, my best guess for the last time Indian policy moved a presidential election would be William Henry Harrison, who ran as the killer of Tecumseh.

I was discussing the idiot level of the campaign ads and the onset of post-truth politics with my 91-year-old mother and I remarked,

If the American people are fooled by this nonsense, they will get the government they deserve.

“Maybe so,” she said, “but we will also get the government they deserve!”

Right. So maybe if the settlers feel this way in the coming election they will understand how Indians feel in every election.