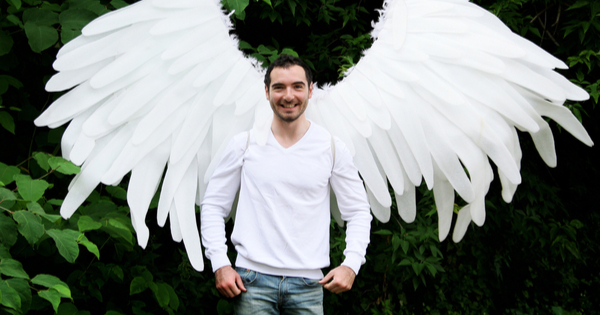 Let me get this straight right off the bat, I’m 100% on board with teaching our children Abstinence-Only sex education. It’s a great philosophy, and I couldn’t be happier that my teenage daughter is going through this. I love it so much, I have decided to adopt its lessons into my everyday life. That’s right, I’m making Abstinence-Only a life skill instead of a sex skill, or I should say a non-sex skill. I don’t know.

The important lesson to remember is if you have sex you are dirty.

Henceforth, I will call all the world’s objects “things.” Awesome idea. I like how this simplifies my vocabulary.

I shall tell my mechanic that my things are not working in my car, which is also a thing so I’ll call that a thing. He will obviously know exactly what I am talking about and explain to me how he is going to fix the thing in my thing. Things will be wonderful from now on. This is working already, I’m very stress-free.

Homelessness is going to be an issue. As is buying things to eat, taking things that fly in the air to travel to other things, and having heat. But using the Abstinence-Only philosophy, I can completely and safely ignore the causes of such circumstances. Let’s only focus on the outcomes. That’s where the smart money is at, which I’m not sure I have anymore.

I’ve stopped paying my bills as I don’t believe they really exist. But homelessness certainly does exist and my cardboard box is very, very dirty. I should never touch it, but I can’t help it. Thus, I’m broke and dirty. Wonderful. My self-esteem has never been higher.

This is going great, where else should I apply the Abstinence-Only philosophy?

Well, obviously my diet needs an Only revamp. So no food for me. Ever, no matter how hungry I am, food has got to go.

First off, food is generally unhygienic. Super gross. There is a chance that other people have touched it and that can’t be healthy. Other people touching things is not good for me, or in fact, the human race. So I will no longer be eating or touching anything that someone else has ever touched.

There is one exception here, which is great. I will only touch and acknowledge things if my religiously accepted straight partner touches those things as well. Using logic, I can deduce that us both touching things will now make those things clean and acceptable.

This is going fantastic. I should make a video exploring all the different things we can touch and still maintain our moral superiority. Wait, that sounds wrong. Does that fit in with my new world view? Let me check…nope. Video is out. Super frowned upon. Not appropriate for viewers. Got it. No pictures either as that is the Devil’s trick. Put enough pictures together and you got a movie and movies are a huge no-no.

Now, there is something we need to acknowledge here right off the bat as I keep moving forward to making my life better. People have been touching things for the entire history of the world, even as far back as the 1950s. They ate, and paid bills, and talked to mechanics using actual terms. I’ll admit that this is a hiccup in the Abstinence-Only life philosophy that I have adopted. But there is a solution. I’m going to pretend none of that ever happened.

On to purity pledges that are pretty much boilerplate now for Absence Only Sex Education. I’ve signed every one that my daughter has sent home. I can only assume that when they saw a grown man’s name on the dotted line, that they completely understand that I’m so on board with inferring that my daughter is a slut should she ever choose any other lifestyle. They haven’t said anything, which is good.

So good that I’ve signed around 25 more pledges explaining everything above. The whole calling things things, not paying bills, and the dirtiness of food. I’m going to keep doing that because I know that once I sign my name on a piece of paper, especially when I was a teenager, it was basically legally binding.

Now on to the hard part of transforming my life. I can’t be around too many people. I have been told by a very credible source, that almost studied this stuff, that should I associate with too many individuals, I will become less “sticky.” I’ll be honest, I literally have no idea what this means. But the class activities that students in my daughters class were taught make it very clear that the more people I touch, the less sticky I get. And then perhaps, lubrication will be an issue? They didn’t say that, of course, because lubrication is a thing. They said that things would become less sticky.

So got it, I want to be sticky. I’ve already got my bathtub full of Elmer’s glue ready to go. But somehow this only works with girls as the boys in her class were not given this lesson. I’ll do some research.

This is a tough life choice I’ve made. There is no doubt about that. A lot is going on, and I do wish there was some kind of preventive action that I could have taken to stop some of the harder bits of this. What would be really good is if they could just invent a pill to make my Abstinence-Only choices a bit more flexible? If not that, maybe some sort of plastic shield to guard against the dirtiness of food so I can touch it. I’m very hungry some days, and I would love to eat. But there is no talk of preventive steps to take in Abstinence-Only education, so I assume that if I don’t continue to follow this all the way through, I’ll end up as a whore and drug addict. That seems harsh, but that is the lesson that is imparted.

Overall, I think that my life is changing for the better. I’ve gone back to a simpler time with simpler people. Well, for me as a white male it’s pretty simple because I just got to the end of the Absence Only Sex Ed. None of it applies to me! This is great. I can go back to acting basically any way that I want to because we all know that as a male, I can just walk the hell out and never be thought of any differently. And I can touch as many people as I want, in as many places as I want. I’m not dirty at all.

The girls that I touched are, though. Eww.