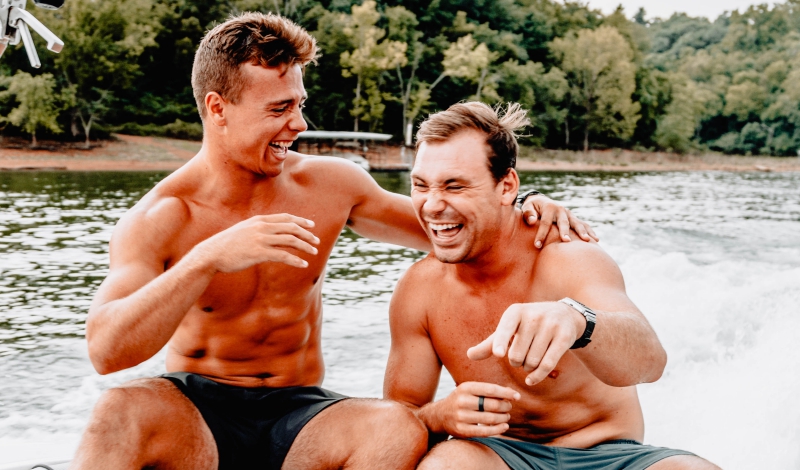 Take a journey with me

Put yourself into the shoes of a particular rural, middle-class, white American: You’re from a small town in Upstate NY. Your high school class had fewer than 200 people in it. After graduation, you took a job working construction. You made good money and have worked for the company for 15 years now. You’re a foreman and you manage a crew of 25 people, mostly men. There are a few people of color who work for your company, but just one black man on your crew. The county you live in has fewer than 100,000 people. Of those, 95% are white.

It’s a beautiful summer day in early August. You’ve got some friends over for a cookout by the lake. People brought a dish to pass and their kids’ life jackets. The grill is going, drinks are flowing and everyone is having a great time. You’re standing around the bbq with a couple of guys from work telling them about the job you were on last week. The piece of equipment you were working with broke down, you call it a N-word.

Fifty percent of the people standing around don’t take notice of what you’ve said because it’s part of their vocabulary, too. Forty-eight percent look around uncomfortably but say nothing. They don’t use the N-word, but they won’t tell you not to. Two percent stop what they’re doing and raise an eyebrow.

Someone in that 2% group says, “Hey man, not cool. That word is hurtful and derogatory.” You take notice, sit up, and begin to look at the speaker incredulously. Your hands go up in front of your body in self-defense, palms out.

“Hey man, no-no-no, I was talking about a machine that wasn’t working.” The speaker doesn’t reply, but cocks their head and appears to be thinking.

You say, “Ooohhhh no. Don’t you accuse me of being a racist!” This time to speaker tries to cut in, but you stop him.

“I mean it, man. I’m no racist, okay?” You’re shaking your head firmly at the speaker.

“I’m not racist. I have Black Friends.”

There it is. The end all be all in rural white conversations about racism. If you deign to push the conversation past this, you might hear, “You accuse me of being privileged because I’m white and that’s reverse racism.”

Both of these statements are made with the same purpose, to stop the conversation from crossing into uncomfortable territory while defending the moral standing of the speaker.

Let’s break these statements down

“I have Black Friends,” is an attempt to make the issue of racism a non-issue. To the mind of the speaker, knowing a person of color and not viewing them as inferior means that they are, therefore, not a racist.

If you have ever been the one making this statement, I just want to point out a fact that may not have occurred to you. The fact that you identify your friends by the color of their skin is an ingrained process that helps continue the legacy of segregation and separation.

There is a difference between describing someone by their skin color and identifying them by it. The color of our skin is part of our physical description. If you are talking about anything other than what a person looks like, the color of their skin is irrelevant.

Until we can simply say “person” and not “black person”, separation and, therefore, inequality will continue to exist.

Let’s move on to, “You accuse me of being privileged because I’m white and that’s reverse racism.”

A couple of quick notes:

Again, we are talking about something that is bigger than the individual here. Recognizing white privilege is simply acknowledging the fact that white Americans have had generations of freedom that black Americans have not had.

White men were free to buy land, to vote, to make decisions regarding the rearing of their children, to move about the country, to work any job, to get an education.

If you are a white American, then it is very likely that your family was free and the families of many black Americans were not. That’s it.

Millions of Americans were held captive, were literally owned, by other Americans, and were denied basic human rights. They were, in fact, considered to be property. Like someone’s tractor.

The concept of white privilege is not a personal attack on you or your family. It is an acknowledgment of the fact that the families of the men and women who were owned by other people have been negatively affected by that experience.

Think of it like this: You’re going to run a race. You and your opponent line up at the starting line. You’re both wearing the same running shoes and have trained equally hard. You’re equally matched in every way. He starts running, but you have to wait. You wait and wait. Finally, you get to start but he’s far ahead. How will you catch him?

There should be more to this conversation

You may have noticed that I did not address the use of the N-word by the rural white American. In this example, his use was overtly racist. He does not see it that way, because he was not talking about a black person. I did not address this because I believe there is an underlying condition of racism that is better illustrated by the two statements I did address.

If rural white Americans can recognize the racism embedded in our lives, we can more easily irradicate the overt displays.

If you are part of the two percent, thank you.

Racism does not have to be overt to be real or intentional to be damaging.

If you believe in the work we are doing here at The Good Men Project please join us as a Premium Member, today.

Time-management pro, mom, and writer on a journey of purpose and prosperity