Get Daily Email
Join/Login CLOSE
Home / Featured Content / :Raises hand and gestures wildly: Can we have a talk JUST about plastic??? 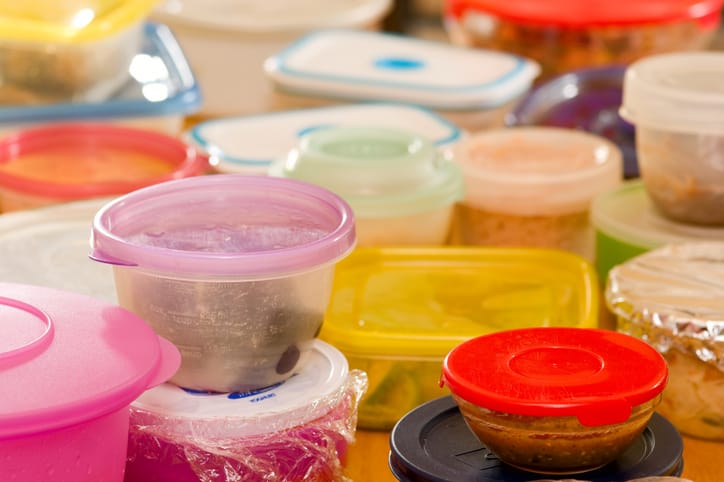 It goes under earth and in water because that is where plastic ends up. So what if we all gave up plastic entirely? What would that look like? How hard could it be? This is actually a really good article that has a not so great headline. Because—what it takes to give up plastic is simply starting with a decision to give up plastic. START THERE. Ok, the rest I’d like to save for a call. Asking pretty please…..

Carol Bluestein: I have explored this and agree with the headline.

Lisa Hickey: Also, one of the things I didn’t like about the article was this idea that you had to throw away all the plastic you currently have and replace it with non plastic things. If you throw it all away, it just goes into a landfill and you have to purchase consumer goods to replace it. And ALL of those replacements have a carbon footprint. So why not just re-use the plastic stuff you have, but make a vow not to purchase any additional plastic? So THEN the question becomes — what do you actually BUY that you can’t live without? And if it is something like “toothpaste in a tube” — then FINE. Part of the problem with the whole discussion around environmental activism is that it is DESIGNED TO MAKE IT SEEM LIKE IT’S HARDER THAN IT IS. That is called PREDATORY DELAY. Predatory delay is harmful and abusive. We must change this.

Wilhelm Cortez: “Re-use the plastic stuff you have, but make a vow not to purchase any additional plastic” That right there!

Lisa Hickey: Well, one thing we could do on the call for example — people could state what is *hardest* about giving up all plastic. And then we could do a group brainstorm of how to make that one particular thing that is hard—easier.

Here are some posts on GMP related:

Zero Waste Guy Wants to Know: Why Did You Throw My Fork Away?

The Future is No Longer Plastics

Ten Reasons to Ban the Plastic Bag for Good

Lisa Hickey: I would love, on an upcoming Climate Change by the Elements ConvoCast where people simply imagined themselves making their purchases for the week ahead, and listing off anything that they MIGHT buy that is plastic. And then let’s discuss it. No shame if you can’t live without it. But let’s talk it through and make sure that is really the case.

Wilhelm Cortez: There is also a cultural shift to try where you bring your own containers instead of plastic to go containers, wrapping for fresh food, etc. Yet often, food/health regulations block that possibility.

Lisa Hickey: Yes! In California, a LOT of people are bringing their own containers. I think it is acceptable most places, at least for leftovers. And people are holding more community gatherings — I went to a class where they served lunch after, about 50 people and 90% of the people brought their own dishes so they wouldn’t have to use the disposable ones offered.

Lisa Hickey: I haven’t owned a car in 5 years. But I suppose renting one would count. And, truthfully, sitting on a bus or train seat is probably plastic. Heck, even my bike has a lot of plastic—but it’s STILL better than driving a car. By far. So if you say “Oh, see I could never give up plastics, I could never go anywhere if I did” — you are either being willfully ignorant or not seeing the forest for the trees. And if there was ever a cliche that was just MADE for environmental activism, being able to “see the forest for the trees” is it. See it, be conscious of it, change what you can.

Wilhelm Cortez: That is the big thing, is to start seeing it, conscious of it, how much there is, how it has permeated our lives, and how it is wasted and becomes a bigger problem. How we ever ended up seeing plastics as temporary items, I will never understand. When we start to see where plastics are that we don’t even realize, that is the awareness we need.

Lisa Hickey: I kind of think of it like Sexism or Racism. PLASTICS = ABUSE. None of those things were historically thought of as abusive. But they are now. And sometimes, Racism, Sexism and Plastics are hard to see. If it wasn’t so potentially catastrophic, it would be comical.

Wilhelm Cortez: This now starts to drift into other topics, as these topics always do, such as Eco-feminism. And one I am sure you remember: Environmental Justice is Social Justice.

Lisa Hickey (To Carol Bluestein): Carol, I did not mean to dismiss YOUR experience of it being hard to give up plastic—and I am super happy that you have tried! I’m just annoyed at the NYTimes for its continued bothsiderisms, the plastic industry for not changing gears decades ago, and every fossil fuel industry engaged in predatory delay. I am a hairbreadth away from being completely overwhelmed by the all of it, and I need to figure out action steps that people can see as achievable before I go bonkers. Thank you and Thaddeus Howze for your leadership on our weekly calls— they are wonderful.

Carol Bluestein: I have not given up plastic but I definitely think about it wrt anything I buy. There was no plastic when we were self-sufficient: grew our own food, made our own furniture, drove a horse and buggy, etc. Technology, speed, weight, and general convenience has made plastic important. PS What about all the diets and reports that say you have to drink a gallon or two of water every day? That’s when bottled water became THE only way to go.

Lisa Hickey: Ok, I realize the reason I dislike the title of the article so much. It’s because you wouldn’t run an article titled “Life With Sexual Consent is Possible. It’s Just Very Hard.” Nor would you run an article saying “A President Can Rule with 100% Adherence to the Constitution. It’s Just Very Hard.” You wouldn’t say those things because putting the spin on the HARD makes it seem like it’s, therefore, OK to not try at all. And this is harmful. What we need is for people to have the INTENTION to move away from plastics, and hopefully in a big way. And then we need them to understand what the actions they would actually take would look like, and act accordingly. Likewise with sexual consent. Especially with plastics, 100% compliance is probably an unrealistic goal to be working towards at this moment in time. But if we can shift away from plastics as a culture—If NOT using plastics instead of using plastics is the norm—then we will have accomplished something. A headline like the one on the article is harmful, because some people will use it as an excuse not to do it.

“The biggest fights are all still ahead of us—and the difference between the world we get if we win those fights, and the world that will be left if we lose is nearly unimaginable.” — Alex Steffen on Twitter.