Get Daily Email
Join/Login CLOSE
Home / Featured Content / Reading ‘Mrs. Kennedy and Me’ in the Time of Trump 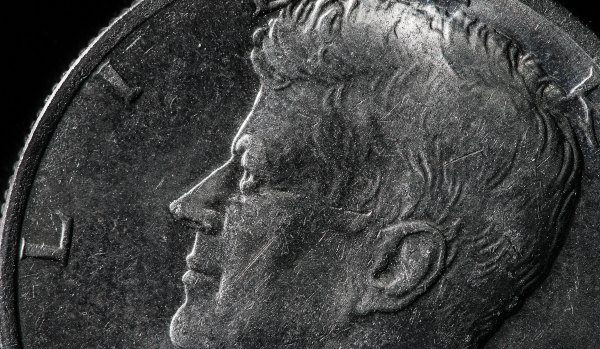 I could have chosen a stranger time to read Mrs. Kennedy and Me by Clint Hill and Lisa McCubbin than before the election that will determine whether Trump gets a second term. This inside story from the Secret Service agent who protected the wife of President Kennedy shows what the presidency used to be like. It is hard to believe such protocol, decorum and restraint ever ruled the office of the President when seeing today’s players.

Not Exactly What He Imagined

Though Hill is disappointed to learn he will be on the First Lady’s detail, which he sees as a demotion from his previous role guarding President Eisenhower, he says nothing to his boss. It is clear he takes his job seriously and the job is as much about following orders as it is about protecting the President and his family. He does what he is told without question even though he imagines himself attending tea parties, fashion shows, and ballets, but quickly learns Jackie Kennedy will not be that kind of First Lady.

Though the public couldn’t get enough of her, Jackie Kennedy hated being the center of attention. She didn’t like having Secret Service around her and wanted her children to have as normal a childhood as they could. Hill tried to give her as much normalcy as possible by keeping them secure while allowing them the ability to do what they wanted.

The best way to do that was to plan and communicate with Hill and the other agents as early as possible. Unfortunately, Mrs. Kennedy liked to do many things without plans, such as going for walks or riding her horse. This was often problematic for the more rigid agents, but one of the reasons she and Hill got along so well was because he was able let her be more flexible. He learned to expect the unexpected with her as it was her personality.

Sense of Duty, Putting Her First

Hill’s sense of duty is clear, and his unquestioning nature shown early on with his boss continues throughout his relationship with Mrs. Kennedy. Even when the first lady tells him she wants to do something that could put her jeopardy, he understands it is not his job to tell her why she can’t do it. His job is to figure out a way to let her do it and keep her safe.

Mrs. Kennedy spent much time away from Washington and traveled to many places during her husband’s presidency often serving as an informal ambassador for the United States because of how well she was liked. Hill was with her and making arrangements for her as she went to India, Pakistan, Italy, Greece, and Morocco.

Even in the United States, she spent time in many retreat locations including a Middleburg horse farm, the Kennedy compound at Hyannis Port, or Palm Beach. Hill traveled too to these places, spending much time away from his wife and two young boys. He speaks a little of the difficulty of the job of being a Secret Service Agent in that you give up your life for that of the person you are protecting, but the book does not delve int this aspect of the job in great detail.

When the First Lady decides to go with her husband to Texas for a campaign stop, which she normally does not do, we see how Hill became a part of the worst day of her life and one that America will never forget. We see her running late for a breakfast she did not plan to attend and putting the final touches on the iconic outfit we all know by now. Hill is there as she puts her pink pillbox hat into place and buttons up her long white gloves trying to not rush her though the President is waiting downstairs.

We know what’s coming next and we see it as it plays out in front of Hill. Hill is the agent many of us know as the one who climbs on the back of the convertible after President Kennedy is shot and his wife climbs on the back trunk.

The book follows the hours and days following the assassination of President Kennedy from inside. We see what happened when the presidential limousine arrives at the hospital and how they brought the dead president’s body back to Washington. We learn how John’s memorable salute came to be. We see Hill wrestle with the thought of “what if” even as he receives a medal for bravery.

Mrs. Kennedy and Me is subtitled An Intimate Memoir. It is intimate in that we see into the personal life of Jackie Kennedy from a man who was by her side during some of the most trying of her life. We do get a few details that seem a little suggestive, such as what it was like the first time she met the man who would be her second husband, but like Hill we are kept a little bit at arm’s length, viewing her a bit from afar.

Hill also only speaks briefly of the difficulties of what it was like to work in a position where you give up your life for that of another. We learn that being next to the president when he was murdered have taken a toll on him, but it is not spoken of in great detail as we might see in a book written by someone serving today. This was Clint Hill’s first book of three written about his time as an agent. I have not read the others to see if he remains distant, but Clint Hill is a man of a different generation. What else would we expect from a man who was paid for protocol as much as protection?