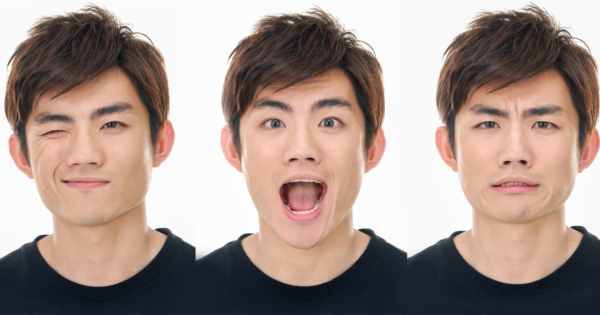 —
October, 1999. Heathrow to Los Angeles. My heart was practically leaping out of my chest. Not because I feared flying; I feared what lay ahead of me when I landed: the unexpected.

For all my 36 years, as a man, I was taught to “Handle The Truth!” Not to fear. Never let them see you sweat. Man up. 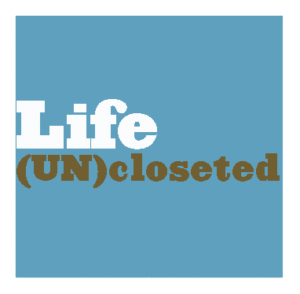 But how do you do that when you fear the unexpected? You can’t handle the truth if you don’t know if the truth is going to show up in the future. It’s impossible to not fear when you know damn well that nothing is certain.

As far as that sweat thing, well I sweat like a pig on a normal day, so when I don’t know what to expect, I feel like a colander with my glow eking out of every pore of my body.

Oh, and I might as well forget about manning up because my domineering, testosterone, narcissistic Dad, never let me forget I wasn’t “man enough,” so I don’t even know what that means.

Sound familiar guys? If it doesn’t, you might want to connect your own wounded potholes of life to why you fear the unexpected, because we’ve all got them.

However, one word seems to sum it up for most of us guys…

If you can’t handle the unexpected, you’re a W-I-M-P with a capital “I” and you might as well go crawl in a circle of Sex in The City fans and let them pick you apart for being less of a man than you already feel.

For every sneering, snide, self-degrading remark you embrace; the middle finger that gets thrown in your face that you shame away from, and the spittle of verbal abuse others lob at you that penetrates your self-esteem, you give power to the fear of the unexpected, and stay in curled in the fetal position in your closet of WIMPDOM.

I know. I lived there.

Fraught in the beliefs that I had been tried, convicted, and branded for life as a WIMP, capable only of bearing the weight of fear of the unexpected rather than facing it head on.

I—possibly like you—beat myself into oblivion with shoulda, coulda, never learning from the abuse of those words.

At the ripe age of 36, I trembled at the taunts of high school mates, my father, and even some women that took up residence in the recesses of my memories, reminding me, “You call yourself a man! LOL! Please!” Constantly reminded that real men, don’t let the unexpected knock them down. They fight back, unlike me who wasn’t a fighter.

The barometer of success continued to haunt me that I more often than I’d like to admit, didn’t plan accordingly for what was just around the corner, even though none of us can see around the blind corners of life.

Unexpected does this to our masculine heart, mind, and soul. It puts us at war with ourselves, because that’s what men are supposed to be, fighters!

Yeah. That’s what I thought, until one night in London. I didn’t know what to expect, but I followed my heart. I went out. Scared. Excited. Step into the unexpected. See where it led me. I didn’t know I was going to go live my truth and discover how to be a man how embraces the unexpected.

That night I let go of the voices that haunted me about being a “man’s man!” I let myself have no answers, no expectations, cut loose in the unprepared. Sure I sweat, but only because I danced my ass off and laughed. Laughed for the first time in years with abandon. I even cried. Cried the next morning. Yes, because I had once again committed an act of infidelity, but also because I had discovered the unexpected truth of being intimate with someone without an erection or orgasm in site.

That night I did man up, wasn’t a pussy, told my WIMP to take a hike, I sucked it up. This time, I embraced the unexpected when it called me to:

Whatever the call, it’s much, much easier when you make the unexpected your friend, and buckle up for adventure of the unknown.

If I had known that in 1999, at 36,000 feet, jetting across the Atlantic from London to Los Angeles, that in less than 24 hours, that an unexpected encounter in London, would lead me finally live my truth as a gay man, I would have cuddled up to the unexpected much sooner, but then that would have taken the joy out of discovering that a majority of the time, the unexpected has your best interest in mind!
—

Rick’s a culture disruptor (shakes up the status quo), closet buster (shatters silly beliefs), and a bold move expert (like Superman without the muscles and cape). His superpower is guiding men break free of fear, make bold moves, and live life without apology. No more excuses. No more fears.
Everything Rick’s discovered about living life his way, he learned from coming out of the closet at 36, getting laid off from two sweet corporate jobs, and making the crazy decision to become an entrepreneur at age 43. Rick’s book - Frankly My Dear I’m Gay, podcast - Life (UN)Closeted – coaching (Coming Out, Gay Man’s Life Coaching, Bold Move Coaching), speaking, and workshops represent his no b.s. approach for making bold moves without a safety net to be found.
He was put on this earth to remind men that closets are for clothes not living. He’s a husband to his husband, survived raising two girls---thus, the reason he’s bald---and will gladly work for wine, but prefers money to pay for things like toilet paper and ice cream.
Learn more about Rick at RickClemons.com, listen to his podcasts 40 Plus: Real Men. Real Talk, and Life (UN)Closeted, and follow him on Facebook and discover why you're not Making Your Bold Move.

Facebook3Tweet6PinEmailShares9
wpDiscuz
0
0
Would love your thoughts, please comment.x
()
x
| Reply
Share this ArticleLike this article? Email it to a friend!
Email sent!