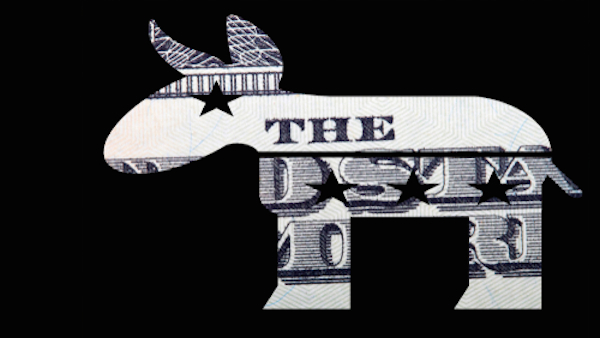 While virtually all the candidates advocated for a universal healthcare policy, several laid out plans for a Medicare-For-All program, and some proposed improving private insurer healthcare programs by making them more affordable to a greater number of people.

Candidates talked about their plans to bring the country together on issues of race while criticizing others for their failed positions, statements, and policies.

One of the widest and most contentious divides that transcended issues centered on age and on which generation is best suited to lead in the current political climate.

With the vast and diverse field of candidates, differences in ways to solve the problems of the day inevitably arose. Each person needed to make their case and to challenge their rivals to attract the largest number of followers possible.

Several candidates from a new generation of leaders, those who, in fact, hold a number of similar policy positions with their older counterparts, questioned their suitability to run for President on account of age with at least four candidates who have lived into their 70s.

The political arena, though, must exist as a place where candidates and elected officials present, exchange, debate, and challenge ideas in the spirit of give-and-take while not directly or indirectly engaging in personal attacks.

But to contest a candidate’s age, someone who remains vital, active, and engaged, someone who continues to be interested in listening and truly hearing others, in learning, and in teaching, and most of all, someone who, in fact, presents forward-thinking ideas – for example, Elizabeth Warren and Bernie Sanders – such a challenge primarily or exclusively on age represents a form of oppression.

We need to distinguish two related but distinct terms.

“Adultism” refers to oppression against young people by adults, and “ageism” against elders by youth and by adults.

behaviors and attitudes based on the assumption that adults are better than young people and entitled to act upon young people without their agreement. This mistreatment is reinforced by social institutions, laws, customs, and attitudes.

Within an adultist society, adults construct the rules, with little or no input from youth, which they force young people to follow.

While elders in most countries were once considered as wise and treasured members of their communities, in many contemporary societies, older people are often marginalized, stripped of their rights and responsibilities, their dignity, their voice, and the power over their lives.

First, the advent of the printing press was responsible for a major change in the status of elders (Branco & Williamson, 1982). The culture, tradition, and history of a society or tribe now could be repeated innumerable times, in exact detail through books, and the status and power elders once had as the village historians was greatly reduced and, in many cases, eliminated.

The second major development in society that led to a shift in attitudes toward the elderly was the industrial revolution (Stearns & Tassel, 1986). The industrial revolution demanded great mobility in families—to go where the jobs were. In light of this new pressure to be mobile, the extended family structure (with grandparents in the household) was less adaptive. Older people were not as mobile as younger people.

An early writer on the topic of oppression toward older people is Robert Butler (1975) who defines “ageism” as:

A process of systematic stereotyping of and discrimination against people because they are old…. Old people are categorized as senile, rigid in thought and manner, old fashioned in morality and skills…. Ageism allows the younger generations to see older people as different than themselves; thus they subtly cease to identify with the elders as human beings.

Margaret Morganroth Gullette (2017) describes ageism as “the infliction of suffering by the mere fact of birthdate.”

With so many good people turned off by and dropping out of the political process because of the mean-spirited personal attacks and entrenched partisan stalemates, rather than attempting to limit elders, we must value them for their experience and dedication to our country while simultaneously supporting and encouraging younger generations.

We must choose our leaders based on the feasibility of their ideas, their intelligence, honesty, integrity, their ability to excite and bring people together and to translate their ideas into concrete actions.

In terms of age, some of the most creative and successful thinkers have been at all stages of life, from very young to extraordinarily old.

There is nothing inherent about requiring a President to have attained a minimum of 35 years of age, which we might consider lowering. Likewise, we must not summarily dismiss people and set them out into the pastures of their later years.

Politics should not be understood entirely as a no sum game because the generations can carry the torch together.

Facebook177Tweet29PinEmailShares206
wpDiscuz
Share this ArticleLike this article? Email it to a friend!
Email sent!