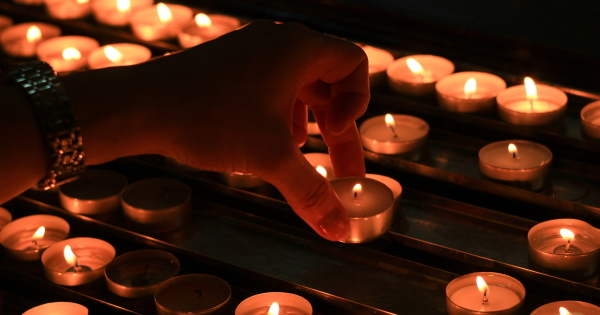 November 20th is the Transgender Day of Remembrance (TDOR). This year marks the 20th Anniversary of the original TDOR, established in the memory of Rita Hester, who was killed in 1998.

The week before TDOR is Transgender Awareness Week. And while awareness of transgender issues has improved dramatically since 1999, several recent events demonstrate that we still have room to grow.

Transgender people continue to face a disproportionately high risk of murder, and are murdered solely for being visible in their identities. Nobody should ever be assaulted or diminished, let alone murdered, for their gender identity or sexual orientation.

One transgender victim of violent death was Jordan Cofer, a victim of the mass shooting in Dayton, Ohio, killed by his brother. Cofer was widely misgendered by the press, even after his name and gender identity was correctly identified. While Cofer was still known to most of his family by his birth gender and name, there is Twitter evidence that his brother knew the truth before the shooting. Whether Cofer was an intentional target or was trying to stop his brother is apparently unknown. But had his death not been so widely reported, it is unlikely he would have been publicly identified as transgender at all.

Also this year, Roxana Hernández, a trans woman of color, died in ICE custody. There is an independent autopsy suggesting she was beaten prior to her death, but the official cause is “complications due to AIDS.” Behind Cofer and Hernández are many uncounted, unreported transgender people whose deaths might be connected to transphobic violence.

Please keep the names of the people listed above, as well as all people killed from transphobic bigotry, in your heart on November 20th. And if you’d like to do more, the first two links in this article (from the HRC and GLAAD, respectively) provide resources.

While transgender people continue to face continued threats of violence, there is also the continued presence of transphobic humor.

At the top of the “Rape Culture” pyramid is flat-out rape; at the bottom, “rape jokes.” Acts of extreme violence rely on the foundation of normalization that “humor” provides.

That’s what it’s so very disappointing that, in recent weeks, both Saturday Night Live and South Park have chosen to make transphobic jokes.

On Saturday Night Live’s Weekend Update segment, Michael Che deliberately deadnamed Caitlyn Jenner. The anecdote represents the worst of toxic masculinity. The direct target of his “joke” was how Kanye West is acting like “an old white lady.” Because West is not acting according to Che’s standard of masculinity (as well as his standard of Blackness), he’s going to be thrown out of the man box.

Meanwhile, on South Park’s episode “Board Girls” (episode 23.7), the Strongwoman Competition is won by a “trans woman” who has only been identifying as such for two weeks. In social context, this appears to be a response to Donald Trump, Jr.’s recent fretting that men are pretending to be women in order to compete in sporting events. However, it’s also consistent with South Park’s tradition of pushing the envelope with their show, and it’s far too facile to hide one’s own bigotry behind “Hey, we’re just making fun of someone else’s bigotry.”

Transgender people, particularly women, have long been used as a punchline. We cannot hope to end the cycle of violence until we also end the practice of treating identities as jokes.

When I was a youth, growing up in the 1970s and 1980s, “transgender” was used in the mainstream to refer to people who were actively changing their bodies in order to conform with their internal perception. We spoke of people being “transgendered,” and of “gender reassignment surgery,” and classified transgender people as M>F or F>M based on how they “started out” and what they “transitioned to.”

The language has evolved with the culture, and it has evolved to help change the culture. Words are not just words; they can be powerful tools for change.

Now we speak of people being transgender (which suggests an intrinsic quality) rather than as transgendered (which suggests something that’s happened to them), and the preferred term is “gender confirmation surgery” as opposed to the older “reassignment.”

More significantly is that modern usage of “transgender” is more inclusive than the older usage. Now it’s often treated as an umbrella antonym of “cisgender.” You are cisgender if your gender identity matches what was assigned to you at birth. Otherwise, you’re transgender.

By this more inclusive definition, non-binary, gender non-conforming, and genderqueer people who don’t identify as cisgender are transgender, even though they often don’t identify with the other “binary” gender.

Meanwhile, both the APA Style Guide and the Merriam-Webster Dictionary now promote the use of “they” for either generic or nonbinary uses. The APA writes, “Avoid using combinations such as ‘he or she,’ ‘she or he,’ ‘he/she,’ and ‘(s)he’ as alternatives to the singular ‘they’ because such constructions imply an exclusively binary nature of gender and exclude individuals who do not use these pronouns.”

Individuals should always be allowed to choose their identities. If you happen to know two non-binary people, one of whom identifies as transgender and one of whom doesn’t… respect both of them. Just as Smith chooses “he/him” but the others I mentioned here choose “they/them.”

Respecting pronouns and identities is crucial to respecting people. It’s a basic gesture that also greatly reduces the risk of death by suicide.

If you are transgender, know that you are honored and appreciated by someone.

If you aren’t either, I hope this article, and this week, has given you something to think about and reflect on.

And let us all hope for a year when there’s nobody on the annual list of remembrance come November 20.
—

—
Photo by Frantisek Duris on Unsplash

Facebook45Tweet2Pin1EmailShares48
wpDiscuz
0
0
Would love your thoughts, please comment.x
()
x
| Reply
Share this ArticleLike this article? Email it to a friend!
Email sent!